KUALA LUMPUR: Malaysians are all “ayes” to the suggestion by Datuk Seri Abdullah Ahmad Badawi that MPs and state assemblymen spot and make immediate reports to the relevant authorities of defects in public buildings and amenities for quick damage control.

The Johor Baru MP and chairman of the Barisan Nasional Backbenchers Club added: “It is part of the MPs’ duty to monitor infrastructure projects in their constituencies.

“They can play the role to see that implementation is taking place and inform the Government through debates in Parliament or letters.”

“It is a natural thing to do. We do it all the time and the Government is prepared to listen to our view,” he said.

“We get along with the Public Works Department all right, but I think the minister should be more receptive to comments, suggestions and criticisms.”

Transparency International Malaysia deputy president Lee Chong San said anything done to detect mishap in the early stages would save the Government from having to spend big bucks.

“This is a good move. MPs can closely monitor Government projects and be aware about what’s going on and who’s handling the projects at their constituencies,” Lee said.

However, added Lee, if the job had been done well from the beginning the Government would have saved a lot more on maintenance and repair costs.

Federation of Consumer Associations of Malaysia president N. Marimuthu, while welcoming the move, said the Government should have long- and short-term plans to maintain public buildings and amenities.

“The Government should not wait until a major repair has to be done as, by then, it would be a waste of money,” he said.

He added that the Government should reduce bureaucratic red tape in order for the repair works to be carried out soon after the defects are spotted.

Penang Ratepayers Association chairman Datuk Eddy Choong said Abdullah’s idea was good as Malaysians often realise the importance of maintenance only after an accident occurs or a major problem surfaces.

He urged the Prime Minister to ensure that there were better enforcement teams to fulfil the maintenance requirements of public buildings and amenities.

“The real problem is that the contractors do not deliver the projects for what they are worth.

“In order to make ends meet, some contractors cut down on quality and materials and leave us with poor quality buildings,” he said.

In Johor Baru, Century Garden ad hoc residents committee vice-chairman Yap Siong Cheng welcomed the Prime Minister’s call but questioned whether the MPs and state assemblymen would have time to do the monitoring of the defects.

Yap added that it was important for the public to know who to direct their complaints to, and also to have a 24-hour hotline for them to make reports. 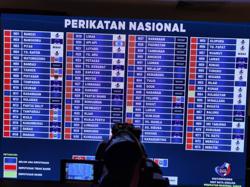 Sabah Polls LiveBlog: A twist as official results give Warisan the edge