MALACCA: Eighty-three people – half of them affiliated to political parties – were made Datuks and were among nearly 890 people who received state awards and honours in conjunction with the 66th birthday of the Yang di-Pertua Negeri of Malacca, Tun Mohd Khalil Yaakob, today. 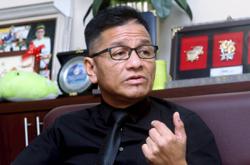