BY PRISCILLA DIELENBERG AND NG SU-ANN

PENANG: Born a minute apart, Kevin Koo Eu Teong and his younger brother Colin Koo Eu Leem share many interests. They even pursued a similar course in college and both passed with flying colours.

The twins were among 1,274 graduates from the Penang branch campus of the Tunku Abdul Rahman (TAR) College who received their scrolls at its convocation ceremony yesterday.

Apart from being among 17 students who received their diploma in technology (electronic engineering) with distinctions, both were alsoamong 58 college book prize winners for the 2002/2003 academic year.

The brothers, who had studied in Methodist Boys’ School, said they chose to study electronic engineering as they were interested in the subject and it had good job prospects.

Asked about the secret of their success, Colin said there was no secret, and that it entailed actual studying.

His brother added that they did consistent revision. The twins also said their parents motivated them a lot.

The boys said they would continue studying for their advanced diplomas and degrees before deciding on the careers to pursue.

“We more or less have the same interests, not only in studies but also when it comes to our hobbies, such as computer games and swimming,” said the brothers.

They also said they got along very well and did not fight: “At the most, we only compete in our studies.”

The boys’ mother, Carmen Cheah, an assistant registrar with Universiti Sains Malaysia, said she was very happy and proud of her only children, who had been straight A students since primary school.

Their father, lawyer Koo Kin Seong, said the boys had put in a lot of effort in their studies.

TAR College council member Tan Sri Dr Sak Cheng Lum, who gave out the scrolls to the recipients in the morning session yesterday, said in his speech that the college had a total of 10,230 advanced diploma, diploma and certificate graduates across its campuses nationwide.

He said the graduates were from a wide range of disciplines, including accounting, information technology, building technology, mass communications, hospitality management, chemistry and biology, and microelectronics.

He reminded those who were undergoing their studies to balance their academic life with co-curricular activities to cultivate the qualities demanded by employers, urging those about to enter the working world to continue upgrading their skills and expanding their knowledge.

“You can no longer impress employers with your paper qualifications alone. You need to demonstrate proficiency in English, ICT skills and effective interpersonal communication,” he added.

State MCA chairman Wong Kam Hoong, who gave out scrolls in the afternoon, said this was the biggest graduating class since the branch campus produced its first batch of 79 graduates in 1997.

“Out of this year's batch, 813 are from the science and technology courses. This is a positive development in keeping with our country’s aim of generating 60% of graduates in this field. 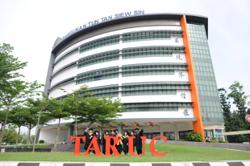 A tip of the hat, please 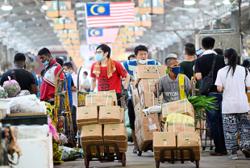 Job seekers must tough it out