KUALA LUMPUR: A group of 404 serving and retired armed forces officers failed in their bid yesterday to reinstate their suit against the Government and five others for alleged fraud in lowering their grades since 1972.

On June 6 last year, deputy registrar Rozilah Salleh struck out the suit following an application by the Government, the Chief Secretary to the Government, the Public Service Department director-general, the secretary-generals of the Defence and Finance ministries and the Armed Forces Chief to have the RM1.31bil suit thrown out, claiming that it was frivolous, vexatious and abuses the court process.

In their suit filed jointly in 2001, retired Capt T. Z. Abidin and the others claimed that the Government betrayed them when it reduced their salary scale drastically based on the recommendations of the Tan Sri Sheikh Abdullah Committee Report dated Aug 1, 1972.

The plaintiffsalso alleged that the committee report had maliciously recommended that the salary scale of officer cadets to Majors who were confirmed after July 1972 be reduced from between RM425.50 and RM1,130 to between RM400 and RM950.

Senior federal counsel Norliza Zulkefli appeared for the defendants while Abidin represented himself and the others. 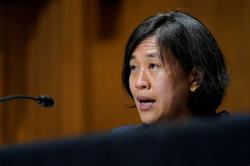