Not gender neutral: In some countries, girls are often kept out of school to fetch water. As the region experiences more droughts, girls are having to walk further to find water. – Others

AS world leaders convene in Egypt for the United Nations climate change conference, COP27, it is important to recognise where some of the most forceful initiatives for change are coming from. Throughout the Asia Pacific we have documented how girls are increasingly leading local and national climate change movements while galvanising support and rallying and inspiring other girls.

These trends are heartening. Yet research contained in Plan International’s 2022 Asia-Pacific Girls Report: Their Fight for the Future reveals that in many countries climate action by girls is blocked by both policies and by discrimination. For nations keen to meet their Paris Agreement goals, this represents a serious missed opportunity.

The climate crisis is not gender neutral. The impacts of climate change in Asia Pacific are hitting girls first and worst, particularly in poorer countries and marginalised communities. Women and girls experience the greatest impacts of climate change, worsening existing inequalities while threatening their livelihoods, health, and safety. In many parts of the region, particularly poorer countries, women shoulder greater responsibilities for securing food, water and fuel.

Disasters are killing more women than men. Indeed, an estimated 90% of those killed in weather-related disasters are female. Extreme heat increases incidence of stillbirth, and climate change is increasing the spread of vector-borne illnesses such as malaria and dengue fever, which are linked to worse maternal and neonatal outcomes.

Climate change is worsening other inequalities among females and males. For instance, girls are often kept out of school to fetch water. As the region experiences more droughts, girls are having to walk further to find water.

Farming is the sector employing the greatest number of women in low- and medium-income countries. During droughts women are compelled to work harder to provide incomes and resources for their families. This puts particular pressure on girls, who have to leave school to fetch water or to help their mothers manage greater burdens.

This partly explains why girls and young women from lower income countries have shown a strong interest in climate issues. Yet until recently this has been overlooked by policy makers. The girls and women of the Asia Pacific are in a strange place. Within many corridors of power, climate youth advocates have taken on new urgency. Yet the official spaces where girls can contribute remains starkly limited.

Many girls and young women are confronted with governments who regard climate change as a low priority, without any focus on girls and young women as agents of change. The lack of attention blends into society, where a lack of awareness of major climate issues can make young advocates feel isolated and less supported – some even report physical, mental and other forms of abuse due to their social action and civic engagement.

Many governments and the private sector are excited to display the faces of climate changemakers in their publicity as a way of showing they are committed to the next generation. But when girls ask for substantive roles they are often ignored. This kind of “youthwashing” is rampant. Official conferences are full of older men on podiums extolling the importance of youth and girls’ voices in climate negotiation processes. Yet girls are almost never invited into those rooms where the policies that will affect them are made.

Still, our study finds that the hypocrisy of regional leaders isn’t dissuading girls from bringing climate science and its urgency to public attention. Quite the opposite. We found that 85% of survey respondents indicated that being a girl or a woman motivates them to advocate for climate change and justice. This is all the more remarkable because this action is occurring even as girls and women juggle other duties like school, working, and looking after their families.

There is increasing recognition for young female climate agents of change as leaders in their own communities and beyond – almost three quarters of respondents say they feel empowered and supported when working with female leaders and they are happy to reach out to them when they need help.

These challenges to the status quo are occurring in both cyberspace and passionate real world political engagements. As in many parts of the world, social media has become a powerful way to express dissent, to disrupt and to organise.

Recognising and doing more to support girls is vital because changes driven by young people have huge potential to disrupt rigid social landscapes and drive the region towards a sustainable future.

But some basic preconditions of success include stopping discrimination, grasping the importance of this topic, recognising the outsized role of girls in advocating for change and creating greater space for girls and women at negotiating tables. 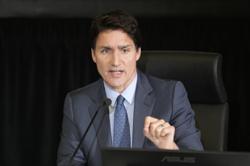