Necessary Act: In Malaysia, more than 27,200 people die every year from smoking-related causes. The proposed legislation can prevent these types of cases in the future. – NORAFIFI EHSAN/The Star.

MALAYSIA is taking serious steps to combat smoking, with Health Minister Khairy Jamaluddin moving ahead with his long-term plan to make Malaysia a tobacco-free nation by 2040, when the smoking prevalence is targeted to be less than 5%.

The Health Ministry is currently preparing a new Tobacco and Smoking Control Act, which includes the much-talked about “generational endgame”.

The generational endgame, a move to ban the sale of tobacco and smoking products to all those born after 2005, is one of a number of policies that is being proposed within the Act that Khairy will be presenting to Parliament this year.

The “endgame” is similar to New Zealand’s new generational smoking ban, which will restrict the sale of tobacco products to anyone born after 2008.

There is a serious need for this new Act as current legislation is insufficient, says respiratory physician Dr Helmy Haja Mydin, who has been appointed technical advisor for the Ministry’s initiative. Despite some pushback from Big Tobacco, Dr Helmy is optimistic that the policy will make it through Parliament. – ONG SOON HIN/The Star

Dr Helmy, who is providing his services on a pro-bono basis, explains that the Tobacco and Smoking Control Act is more comprehensive, and will provide the necessary tools to curb and regulate cigarettes and e-cigarettes.

Among the issues that are being addressed ahead of the Act’s tabling are the economic impact of stricter regulations, how to curb the illicit cigarette market, and improving enforcement, says Dr Helmy.

The smoking prevalence in Malaysia is still worryingly high, indicating that bold measures need to be considered for significant change to take place.

The National Health and Morbidity Survey (NHMS) 2019 estimates that 4.9 million Malaysians aged 15 years and older currently smoke. The survey also found the prevalence of current smokers to be 21.3% and e-cigarettes users at 4.9%.

Despite some pushback from Big Tobacco, Dr Helmy is optimistic that the policy will make it through Parliament.

“I’m fairly confident most MPs are for this policy. Ultimately, there is no doubt about its positive impact on public health and the economy.

“The concern is if politicians view it as political rather than a necessary move for public benefit, or if they get swayed by the tobacco lobby,” he says.

The dangers of smoking are beyond doubt. Around the world, tobacco products kill over eight million people per year. Out of that number, 1.2 million non-smokers die annually from exposure to secondhand smoke.

In Malaysia, more than 27,200 people die every year from smoking-related causes. Meanwhile, e-cigarettes that contain tobacco and even those without are also damaging as they produce harmful toxins which are directly inhaled into the body.

In terms of e-cigarettes, the upcoming Tobacco and Smoking Control Act will outline the extent to which e-cigarettes should be regulated, and how Malaysia can reduce the exposure of youths to marketing gimmicks.

Currently, there are a lot of gray areas in the distribution, sale, and marketing of e-cigarettes, and this new legislation will help to close those gaps, says Dr Helmy.

“E-cigarettes are intentionally made colourful, with many designs and flavours to appeal to young people. In actuality, many e-cigarettes are not designed to encourage people to stop smoking, but their marketing is deliberately aimed to attract new users,” Dr Helmy warns.

So far, with the exception of Big Tobacco, the organisations they quietly fund, and businesses that profit from tobacco products and e-cigarettes, Dr Helmy says that the public in general appear receptive to this proposed law.

“To be honest, and perhaps surprisingly, many smokers are supportive of the generational ban.They understand that it is not about punishing them but to protect the future generation and reduce uptake.

“I suppose this is a reflection of the fact that 50% of smokers want to quit, and none of them would like to see their children pick up the addiction,” he explains.

This new policy will become even more effective when combined with an improvement in smoking cessation services and support, says Dr Helmy.

Pro-tobacco groups often assert that Malaysia needs to improve quit smoking initiatives first before we introduce stricter measures against smoking, but Dr Helmy contends that regular engagement has been ongoing for decades, and that it is time for more stringent measures to protect public health. After all, effective strategies will require both of these complementary measures to be carried out in tandem.

The illicit cigarette trade here is flourishing. According to an Oxford Economics report which was commissioned by British American Tobacco, Malaysia has the world’s highest share of illegal tobacco sales at 59% of its market.

Annually, illegal cigarettes cost the Government approximately RM5bil in uncollected taxes. The tobacco lobby argues that further restrictions – above the current cigarette tax of 58.6% of the retail price – will only empower and expand the illegal trade.

“Whenever there is any attempt at improving public health via tobacco control mechanisms, one of the first things raised by proponents is that it will push people towards the black market.

Dr Helmy points out that the situation is not as straightforward as pictured, and that there are other factors at play. He further argues that we should continue to raise taxes because it does not actually make a difference to the size of the black market.

“In 2015, Canada’s province of Nova Scotia became the first jurisdiction in the world to ban menthol cigarette sales. Although the tobacco industry warned that this will increase illicit cigarette sales, the actual data showed otherwise,” he shares.

To counter the illegal cigarette trade, we have to look at the root causes – corruption and weak enforcement.

“The ex-president of Transparency International Malaysia Datuk Seri Akhbar Sattar previously commented that to stop illicit cigarette trade, corruption is the first thorny problem that the government needs to tackle.

“A task force can be formed to help address the issue in a more focused fashion, one that contains relevant law enforcing agencies such as customs and both local and international police, and without the pernicious presence of industry representatives,” says Dr Helmy.

“Imagine if we had a similar conversation regarding cocaine – would we say that we should sell cocaine at the supermarket, and that we should get drug dealers to help decide on policies, so that there is less cocaine being used? Of course not.

“The same principle applies – appropriate laws are necessary, alongside a priority on governance.”

A popular and recurring argument by those with vested interests is that the Malaysian economy will be severely affected if this generational ban is instituted, as it will impact the revenue collected from sin tax. This is a common myth, says Dr Helmy.

In 2017, Malaysia made RM3.94bil in sin tax from tobacco products. At first glance, this number appears substantial until compared to the healthcare costs incurred from treating diseases caused by smoking.

“In 2017, the Health Ministry estimated that the government is expected to spend RM7.4bil per year in treatment costs for major illnesses caused by smoking, such as lung cancer and coronary heart disease, by 2025 if tobacco control measures were not enhanced.”

“This is double the revenue collected, and does not include the cost in the private sector as well as indirect costs such as loss of productivity and absenteeism, the damage to the environment and invalidity benefits,” Dr Helmy explains.

Besides the fact that the country will actually incur higher economic costs with smoking, there is also the intangible costs of pain and suffering from the loss of loved ones, Dr Helmy adds.

“I am unaware of any modelling that can give you a quantitative measurement of the pain of becoming an orphan, or watching your wife die as a consequence of your own smoking.”

If you need assistance to stop smoking, call the Health Ministry’s JomQuit hotline at 03-8883 4400 or visit www.jomquit.moh.gov.my. The National Cancer Society of Malaysia also runs a Quit Smoking Clinic and can be contacted at 1-800-88-1000.

Towards a smoke-free generation 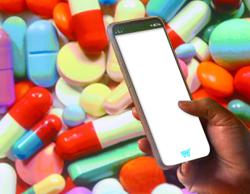 From chocolates to chips to nuclear warheads
Seven types of politicians to be wary of
Away but never apart
Reaching out a helping hand to fathers
On Fathers Day, some dads just want to parent without the stereotypes
Dad-dicated to go the extra mile for their kids
BTS, change and mental wellbeing
The expectation of privacy
Safeguarding Indonesia’s food resilience
Can intermarriage spare Americans from its identity politics?