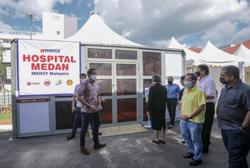 ADDITIONAL booster shots may be necessary not only if the protective effects of Covid-19 vaccines wane but also if new coronavirus variants become increasingly resistant to present vaccines, says Dr Leow Chiuan Yee, a senior lecturer specialising in vaccinology and immunology at Universiti Sains Malay-sia’s School of Pharmaceutical Sciences.

At this moment, the Malaysian National Pharmaceutical Regula-tory Agency (NPRA) has only approved the same brand of vaccine to be used for primer (first and second) jabs, says Dr Leow. However, he believes it is possible to mix vaccines in the future if clinical studies show encouraging results. “Given that more countries are carrying out clinical trials for mix and match vaccine combination programmes, the clinical data will be a useful reference for Malaysian healthcare authorities, including the NPRA, for the identification of safety, quality and efficacy of the mix and match vaccination approach,” he says.

On Thursday, National Covid-19 Immunisation Programme coordinating minister Khairy Jamalu-ddin told Parliament that the Special Committee on Covid-19 Vaccine Supply will discuss the need for a third booster shot for those already vaccinated and the possibility of mixing vaccines to enhance immunity next week, when it is briefed by its technical working group.

According to the Science, Tech-nology and Innovation minister, they are still waiting for recommendations by a group of health experts led by Institute for Clinical Research director Dr Kalaiarasu Peariasamy.

“We will receive recommendations from the panel of experts based on real-world and clinical data to see if heterologous vaccinations – the mixing of vaccines – are safe and whether those who are fully vaccinated can receive a third booster shot with a different vaccine,” Khairy had said.

Malaysia is not alone in considering these approaches to bolster vaccine efficacy amid the surge of Covid-19 cases due to the Delta variant, which is said to be more transmissible and infectious.

Israel will become the first country to offer a booster shot to its citizens today – those over 60 who got their second jab at least five months ago are eligible for a third Pfizer-BioNTech jab from Aug 1. Indonesia and Russia are also considering offering extra doses in a bid to beef up protection. The United Kingdom is expected to start its booster programme in September.

Dr Anthony Fauci, the White House chief medical adviser and the United States’ leading infectious disease expert, last Sunday walked back his earlier statement and said there may be a need for booster shots for those with suppressed immune systems such as cancer or transplant patients.

Addressing the growing issue of “breakthrough infections” – when a person contracts Covid-19 despite being fully vaccinated – Dr Fauci said the issue of a third shot was discussed on July 22 by the country’s Advisory Committee on Immunisation Practices, “which will continue to review the data that might push us in that direction.”

According to Reuters, a growing number of countries have switched or are looking at switching to different Covid-19 vaccines for second doses or booster shots amid supply delays, safety concerns and the recent Delta variant surge. The news agency said that several countries, including Bahrain, Bhutan, Canada, Italy, South Korea and the United Arab Emirates have begun mixing vaccines as policy.

It is also reported that the practice was quietly authorised in England in January by the Public Health of England agency when vaccine supplies were limited. 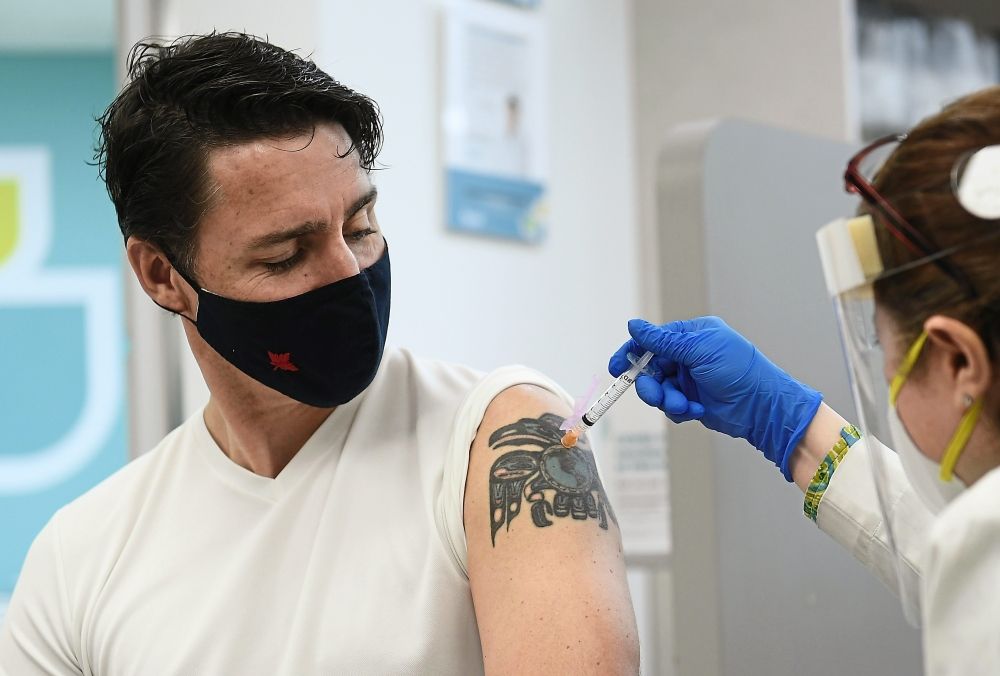 On July 12, Thailand announced it would give the AstraZeneca shot to those who had already received their first dose of China’s Sinovac vaccine, in an attempt to increase protection.

Sinovac, like most of the Covid-19 vaccines produced by China, uses the older but tried-and-tested inactivated-virus technology while AstraZeneca is a viral vector-based vaccine which uses a genetically modified common cold virus – the adenovirus derived from chimpanzees – to trigger an immune response against Covid-19.

Interestingly, it has emerged that even China is planning to administer booster shots using a different vaccine technology from its current primer doses.

On July 15, Chinese media outlet Caixin reported that the country is now considering using an mRNA vaccine, jointly developed by China’s Fosun Pharma and German company BioNTech, as a booster shot for those who have been fully inoculated with its inactivated- virus vaccines.

However, it is still not clear if third booster shots and heterologous vaccinations are the most effective way to tackle Covid-19 as new variants spread.

World Health Organisation chief scientist Dr Soumya Swaminathan has advised individuals against mixing Covid-19 vaccines from different manufacturers by themselves, saying such decisions should be left to public health authorities.

“Data from mix and match studies of different vaccines are awaited – immunogenicity and safety both need to be evaluated,” Dr Swaminathan tweeted.

WHO has also said that there isn’t enough data to determine if booster shots are necessary at this moment. An internal WHO report nonetheless estimated that those most vulnerable to Covid-19, such as the elderly, may need to get annual vaccine boosters to be protected against variants, and boosters every two years for the general population.

A recent Oxford University study found that a third shot of the Oxford-AstraZeneca vaccine has proven effective in keeping up immunity against Covid-19. Another Oxford study also suggests that two doses of AstraZeneca followed by a third dose of a different vaccine could lead to a stronger immune response.

Malaysian health experts have called for more local data on the long-term efficacy of the different vaccines to know whether booster jabs are necessary. Studies have shown that even after being fully vaccinated with two doses of vaccine, or single dose for one-shot vaccines like the Johnson & Johnson variety, people may still be required to take follow-up booster shots, says public health specialist Prof Dr Sharifa Ezat Wan Puteh.

“Because Covid-19 vaccines have only been developed in the past months, it’s too early to know the duration of protection that they give. Research is ongoing to answer this question,” says Dr Sharifa, who is from Universiti Kebangsaan Malaysia’s Health Economics and Public Health department.

“However, it’s encouraging that available data suggests that most people who recover from Covid-19 develop an immune response that provides at least some period of protection.

“We don’t know for how long, and researchers estimate that the immunity might wane over time. It could be after a year or more and might not protect against other variants of concern or variants of interests that emerge and mutate,” she says.

While there isn’t enough data to show a necessity for booster doses now, it’s likely that a booster shot to enhance the immune system may be proposed after six months to one year after the completion of the primer doses, says Dr Sharifa.

Dr Sharifa explains that the type of vaccine used as a booster dose can be a continuation of the original vaccine type, may be a modified version, and can also be from a different vaccine altogether – the last being a mix-concept dosage.

“The vaccine recommended for boosters is still being studied, whether it might be possible to mix and match doses from different types of vaccines,” she explains.

It might also be necessary to make alterations to the original vaccine to ensure that it continues to respond well to strains circulating at that point in time, she adds.

It is reported that the government is in talks with vaccine manufacturers – especially Pfizer-BioNTech – about the possibility of buying booster shots for 2022. As Khairy told Parliament, “We have a special focus on Pfizer’s new products, which are specifically for booster shots and for children”.

He, however, clarified that even while discussions are ongoing, they are still waiting for recommendations from the panel of health experts on whether booster shots are needed.

Khairy gave an assurance that if required, the booster shots will be subsidised by the government and he is confident that the third jabs will be given to the people for free.

Like flu vaccination, if additional boosters are needed in the future, it will likely be done annually, Dr Leow predicts. Vulnerable communities like the elderly or the immunocompromised may also be prioritised.

“Given the current data is still at an early stage of being gathered, global vaccination data compiled from now onwards will provide public health specialists a better and more insightful picture about what decision to make,” he says. 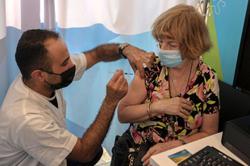 Covid crisis points to climate challenge ahead
In Lisbon yellow is the new green and there’s no harm in that
World News Day: The Climate Crisis we have to talk about it
Banking on nature to fight climate change
Hong Kong’s 11-year-old climate activist on a mission to urge adults help save future generations
Embracing the light: Churches tap solar power
Lost in space junk
Words of comfort for the eco-anxious
Sali Kecil, a shining exemplar of preserving nature amid limitations
Climate change is the front-page story of the rest of our lives