Water for the future

Malaysia is currently rich in water resources. However, the challenge moving forward is to manage our resources effectively.

WITH high rainfall and an abundance of rivers, Malaysia is currently rich in water resources. However, the challenge moving forward is to manage our resources effectively so that we will have enough supply to meet demand in the decades to come.

“Water supply in Malaysia is one of the best in Asia. We have penetration up to 95% for all our populated areas so we have no problems in terms of supply, but we have to manage it carefully, ” says Irrigation and Drainage Department (JPS) Director-general Datuk Nor Hisham Mohd Ghazali.

Nor Hisham explains that a positive and important step that has been taken is to integrate all the water agencies into one ministry, which allows for the creation of more comprehensive policies that take into account the demands of a wide range of sectors.

Then there is also the matter of the separation of state and federal entities where water resources are placed within the jurisdiction and purview of the state government. To address this, Nor Hisham explains that the federal and state governments are working to implement laws that aim to reach the same goal.

“We may not be able to have a uniform law for all, but the ultimate goal is for the laws of every state to have the same elements that will lead towards improving the security of water supplies.”

“In general, we actually have enough water to meet domestic and industrial demands. Our challenge is in maintaining the quality of water, ” says Nor Hisham. 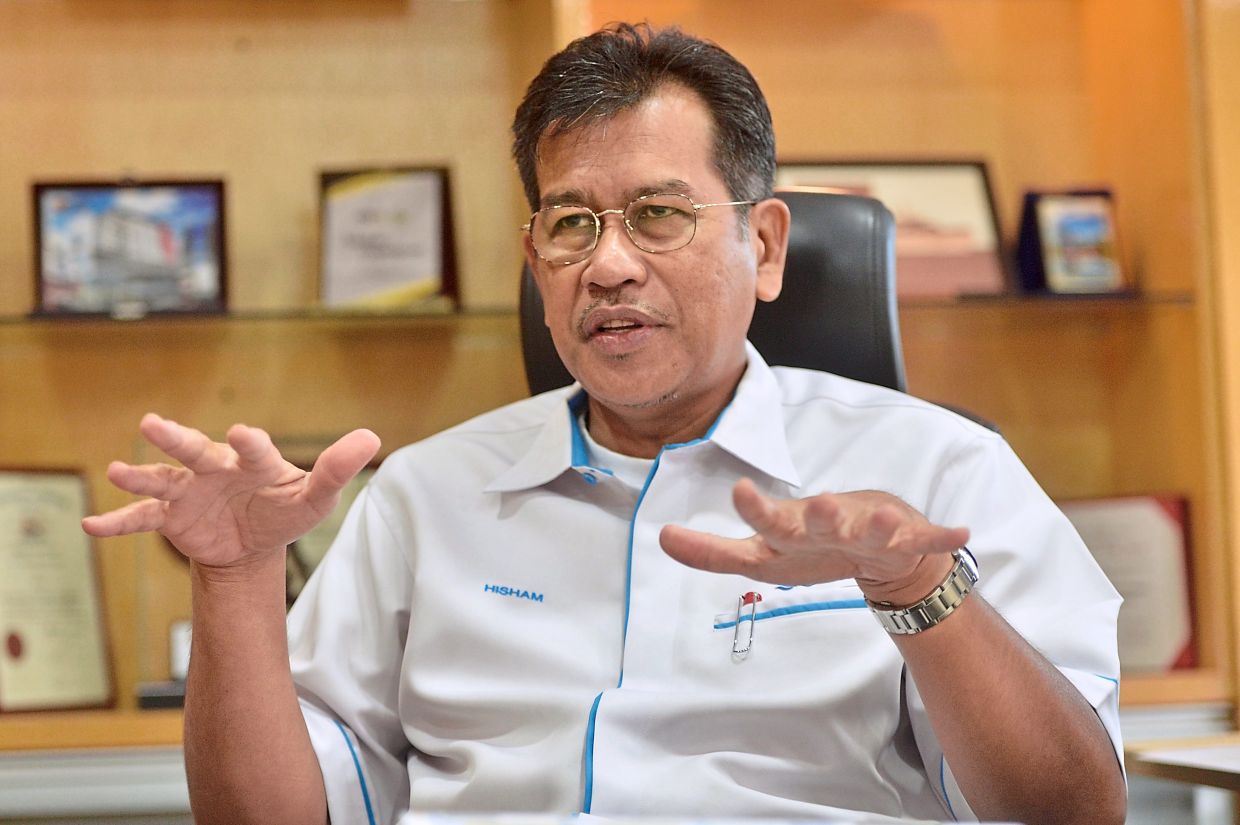 In times of drought when there is little or no rainfall, Malaysia’s water reserves can still serve the demands of its population for up to two months before rationing is imposed, but the situation varies from state to state, says Nor Hisham.

Pollution is the main threat to water security in Malaysia, and it can come from various sources – often from industries, construction, logging, and the opening up of land. Sewage is also a contributor to pollution but Nor Hisham explains that sewage is treated to a certain standard before being released. The biggest culprits are those who illegally dump untreated industrial waste into water bodies.

Climate change further aggravates the whole situation as unpredictable weather patterns have a direct impact on our water security, and we will need to find a balance between providing enough water for domestic supply and irrigation, the biggest consumer of water.

One of the most important steps being taken to protect our water resources is to control and regulate development. In order to facilitate this, JPS has come up with the Integrated River Basin Management Plan which helps the government plan development with respect to water availability.

“When you open up new land for industry or for whatever purposes, you sometimes encroach into forests, where the water catchment is. When you open up forests, the water cannot be stored in the catchment properly, and runs quickly into the river carrying lots of sediments which will in turn bring high turbidity in the water and result in our water intake plants shutting down, ” Nor Hisham explains.

Because of this, water catchment areas have been identified and gazetted as catchment forests by the Forestry Department.

“These forests shouldn’t be touched. You need them there permanently, ” warns Nor Hisham.

Last year, non-government organisations and members of the public spoke up to protect the 160,000ha Greater Ulu Muda Forest from development as it plays an important role in supporting the livelihoods of people in Kedah, Penang and Perlis.

Apart from its biodiversity, Ulu Muda also supplies water to support agriculture, industry, tourism and households in the states.

This protest was in response to the Kedah state government’s intention to give out replacement logging concessions on “production forests” in Ulu Muda to avoid legal claims from 40 logging companies amounting to RM1.5bil.

In the future, Malaysia will look to groundwater as a viable resource.

“We have a huge reserve of groundwater which we haven’t utilised yet. Right now we are establishing where they are and are building tubed wells to determine how much storage we have, ” says Nor Hisham.

Groundwater is generally used as a supplement to water from rivers, which is the country’s main water source. For example, groundwater wells are built in rural or isolated communities which are far from the water supply grid or have difficulty in accessing water safely from the nearest rivers. However, Kelantan is an exception – being the only state, which not only relies on groundwater, but where more than 90% of its water comes from the ground. 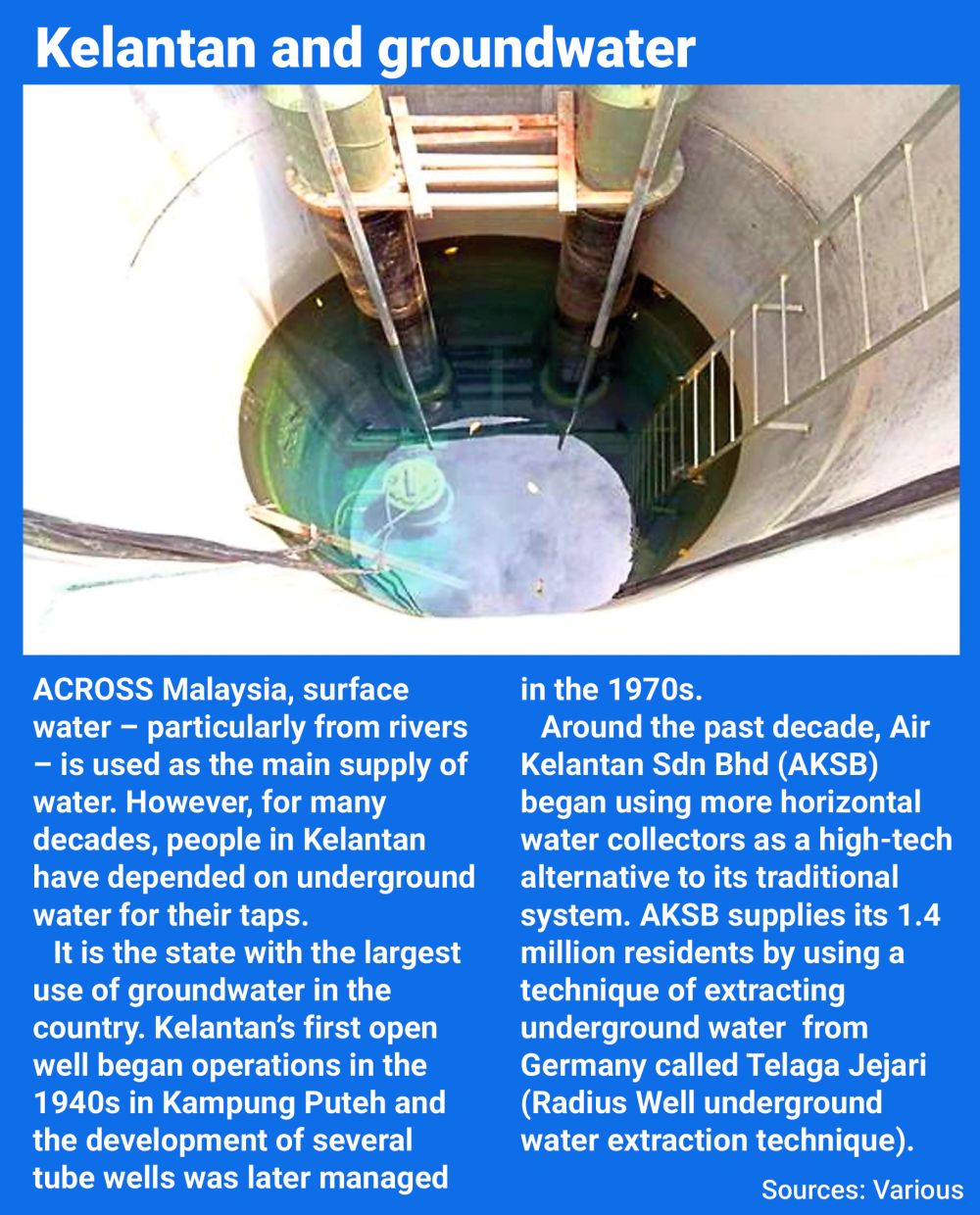 “Nationwide, we are also looking at building ponds beside rivers to capture excess water during floods as additional storage. Selangor has already started by embarking on the Hybrid Off-River Augmentation System, ” says Nor Hisham.

“The system from Pahang to Selangor is one of the firsts where a tunnel was built to channel water directly from a river and transfer it to the receiving basin. We are looking to create an interconnected grid all over the country where if one basin has a shortage, there is a connection to another basin that feeds into it. This is in preparation for future worst case scenarios, ” says Nor Hisham.

“States like Pahang and Perak have excess water and can afford to sell water to another state. We may need this system in 10-20 years, maybe even sooner, ” he adds.

Other alternative resources currently being looked into include rainfall harvesting, recycling water, and utilising deep underground storage systems where deep wells are constructed to hold water. Another measure being studied is the setting up coastal storage facilities – dams built near the sea and therefore close to development areas.

“Another measure is seawater desalination but we try to avoid it as it is expensive. These are the possibilities we are exploring in the event of future water shortages, ” he says.

Our roles to play

To ensure water for the future, all parts of society should have an understanding of the importance of water resources.

“Many do not understand what their role is in preserving water, so we need to bring that to the people, ” says Nor Hisham.

Nor Hisham explains that since illegal dumping often happens in areas where there is hardly anyone, the ministry is looking to create river trails so more people can go to the river and appreciate its importance.

“They can also act as eyes and ears for the authorities when people try dumping rubbish or industrial waste. We hope that society in general becomes more aware of the importance of rivers and its contribution to our water supply as this will reduce incidences of pollution and illegal dumping.”