THE changing world of work caused by the Covid-19 pandemic has highlighted the need for Malaysia to enhance its social protection policies.

“Surviving the Storm”, the latest edition of the World Bank’s Malaysia Economic Monitor published on Thursday, projects that Malaysia’s economy will contract by 3.1% this year due to a sharp slowdown in economic activity caused by measures introduced to contain the spread of the virus. However, growth is expected to resume in 2021 at 6.9%, although the report recognises that the near-term outlook is unusually uncertain at present.

It adds that policies to aid economic recovery in the near term should focus on protecting the most vulnerable, and in the medium term on preparing the economy for recovery in a “new normal” environment.

Among the groups that will require more comprehensive social protection is the older generation, both now and in the future. Malaysia officially became an ageing country this year with the percentage of its population aged 65 and above hitting 7.5%. We are predicted to be an aged society by 2044, when 65-year-olds and above make up 14% of the population.

The World Bank forecast shows that Malaysia’s ageing process will occur at a much faster pace than in some European countries and Australia, but at similar speed to that in other countries in East Asia and the Pacific, such as China, Japan, Singapore and Thailand. Therefore, old age income protection and care services for older persons will become increasingly crucial.

In the short term, the Covid-19 crisis may exacerbate the vulnerability of older persons while temporarily reducing their savings for retirement, says the World Bank.

The elderly who are most affected by Covid-19 are those in the low-income group. Universiti Sains Malaysia (USM) economist Associate Professor Dr Saidatulakmal Mohd says that with a relatively high number of the elderly living in poverty and vulnerable to poverty, coupled with the fact that a considerable percentage of the elderly have inadequate retirement savings, older people are either dependent on family support or are still working either formally or informally.

The lecturer, whose area of research is elderly welfare and social protection, adds that the pandemic and the consequential movement control order (MCO) have increased financial challenges for families who are supporting the elderly.

“The elderly who need to continue working would have a harder time re-entering the workforce not only because of Covid-19 business closures but also because of greater ageism as businesses may cut budgets to survive and restructure finances, ” says Assoc Prof Saidatulakmal, who is the director of USM’s Centre for Global Sustainability Studies.

She believes that to ensure financial security for the elderly both now and in the long term, Malaysia needs to strengthen its social security system. 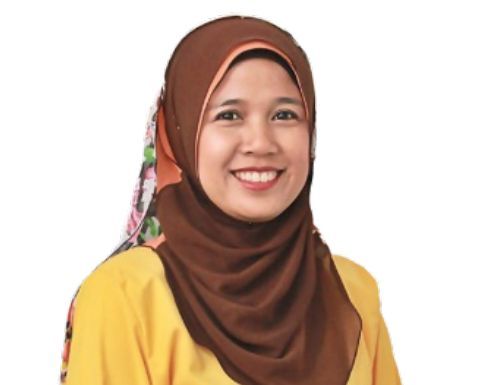 Assoc Prof Saidatulakmal says most savings accumulated in the EPF are either inadequate or insufficient to finance retirement expenses. — Handout

“Although Malaysia has an excellent social security retirement system in the form of the civil service pension (Kumpulan Wang Amanah Pencen) and Employees Provident Fund (EPF), there is still more than 30% of the population not covered by this formal system, ” says Assoc Prof Saidatulakmal.

She further explains that most savings accumulated in the EPF are either inadequate or insufficient to finance retirement expenses.

“There is a need to reassess the current contribution rate. It is timely to revise the rate to meet the rising cost of living, keeping the increase to an acceptable rate that would not negatively impact the take-home monthly income of the low-income group, ” she says.

She also supports the World Bank’s proposal to introduce a non-contributory social pension, ie, one that does not depend on a person’s contributions and that would be provided by the government.

“The non-contributory social pension could be an income-tested one, targeting the low-income elderly instead of being provided to all elderly to reduce cost, ” she says, adding that this would reduce the number of elderly living in poverty and prevent the vulnerable elderly from plunging into poverty when there is a shock to the economy.

Assoc Prof Saidatulakmal adds that the RM350 a month given to the elderly poor by the Welfare Department under the Bantuan Orang Tua, or elderly financial assistance, scheme could be revised to RM490, the amount given to the hardcore poor (based on the 2019 national poverty line index of RM980).

One way the World Bank report suggests to increase social protection in Malaysia is to improve contributory social insurance systems. This will mean strengthening the coverage of old-age income protection by broadening the scope of contributions to cover the self-employed, possibly with auto enrolment and an option to opt out.

The report also suggests improving the adequacy of old age income protection by gradually increasing the minimum withdrawal age for EPF Account 1 balances to 65 years old in line with a longer life expectancy, converting Account 2 contributions to retirement savings, and by mandating a phased withdrawal for EPF balances. Currently, money in Account 1, which comprises 70% of contributions, can be withdrawn completely after 55 years old; money in Account 2 can be withdrawn at any time for housing, investment, education and health needs. Withdrawals can also be made for i-Lestari, a short-term measure until March 31,2021, under the recently-announced Prihatin Economic Stimulus Package.

Social assistance for older persons can be further improved through higher coverage or higher social pensions according to the government’s budgetary constraints. 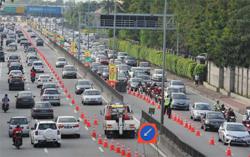