Student consortium: The winning team is made up of students from Monash University in Australia and Malaysia.

IN recognition of their ability to tackle climate change, a 15-member student team has been awarded USD$250,000 (RM1.04mil) in an ongoing USD$100mil (RM418mil) international competition funded by billionaire entrepreneur Elon Musk and the Musk Foundation.

Comprising students from Monash University in Australia and Malaysia, the Monash Carbon Capture and Conversion (MC³) team was among 23 winners who received the XPRIZE Carbon Removal Student Award.

Launched in April this year, the XPRIZE Carbon Removal Competition, which will span four years, challenges innovators and teams from around the world to create a solution that can pull carbon dioxide directly from the atmosphere or oceans and store it away permanently in an environmental way.

Its objective is to inspire and help scale up efficient solutions to collectively achieve the 10 gigatonnes per year carbon removal target by 2050, to fight climate change and to restore the Earth’s carbon balance.

MC³ chief executive officer Emily Qiao said the team’s key focus was on the capture of carbon dioxide via bio-sequestration.

“We submitted a biotechnology proposal that consisted of biologically-assisted carbon capture and conversion methods which focused on the capture of carbon dioxide from the ocean and air via artificial forestry and microalgae cultures in novel-designed floating photobioreactors,” said the Bachelor of Engineering and Commerce student in a press release dated Nov 11.

“The biomass produced from these carbon farms will then be utilised downstream, powered by bioenergy, in their transformation into cross-laminated timber, for sustainable buildings, and biochar, a charcoal that can be used for soil amendment,” she added.

Woodside Monash Energy Partnership director Prof Paul Webley said he was incredibly proud to have contributed to setting up MC³ and mentoring the team.

“It’s incredible to see their work receive international support and recognition from the likes of Elon Musk and XPRIZE. For a relatively new student team to achieve this milestone just as they begin their journey to develop sustainable carbon capture technologies is an astounding feat,” said Prof Webley.

Faculty of Engineering dean Prof Elizabeth Croft said the team’s achievement is a testament to the ingenuity and talent of Monash students and their ability to contribute meaningful solutions to the global climate crisis even before they graduate.

“Once again, our Monash Student Teams Initiative has provided our students with the platform and opportunity to shine in a high-profile global competition with truly world-changing impact,” said Prof Croft.

Following the student award announcement, the team’s focus will pivot to the next phase of the competition, where Milestone Prizes worth USD$1mil (RM4.18mil) each will be awarded to deserving teams in February next year.

At the end of the competition in 2025, the grand prize winner will be awarded USD$50mil (RM209mil), with USD$30mil (RM125mil) to be distributed to up to three runners-up. 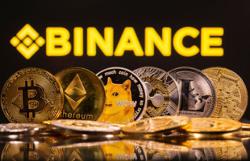 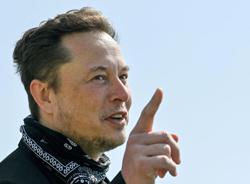