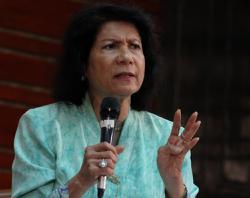 Radzi: The government has carried out many initiatives to maximise the use of ICT for distance and self-paced learning to expand access to high-quality teaching. – BERNAMA

DIGITALISING the country’s education system is a journey fraught with challenges – not just for Malaysia, but for many developing nations.

There were issues with connectivity and device access, particularly in the rural areas and among the urban poor, forcing the Education Ministry to step up.The ministry, however, has since made quite a bit of headway – particularly in the past two years when teaching and learning (PdP) had to move into homes as schools nationwide closed their gates to students and teachers.

According to the Science Outlook Report 2020 which was published last month, digital access in Malaysia had improved between 2013 and 2019, with the urban-rural gap narrowing significantly from 2017 onwards.

The stability of the country’s Internet connection heavily favours the urban population, while the rural population has pockets with low to zero connectivity, signifying a need to strengthen connectivity in the outskirts.

“This gap was magnified during the pandemic when all schooling was done online and a significant proportion of the workforce had to work from home. 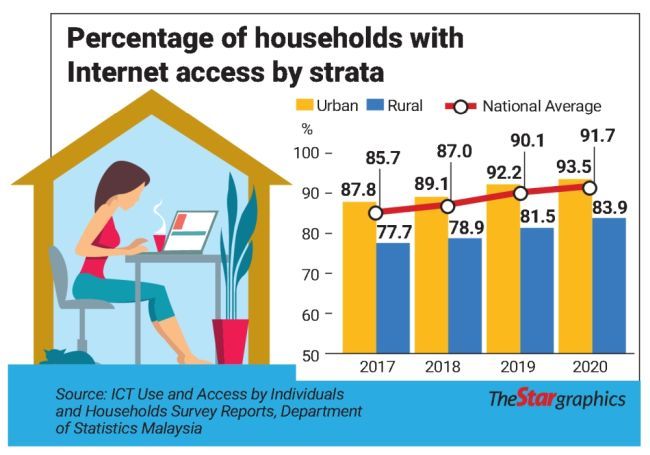 “It is also a reflection of the income disparity with the more economically precarious household lacking not just connectivity, but also the digital devices,” said the report’s executive summary, created by Academy of Sciences Malaysia.It said the speed at which knowledge is generated underscores the need to embrace knowledge and accelerate digital empowerment in order not to be left behind.

“This insight was the core of the 9th Malaysia Plan (2006-2010), which highlighted knowledge intensive sectors,” it added.

Almost a decade ago – in 2013 – the government outlined the importance of information and communications technology (ICT) in learning in the Malaysia Education Blueprint (2013-2025).

The seventh shift in the blueprint states that it will leverage ICT to scale up quality learning across Malaysia. Among the steps to be taken in the 12-year period was to provide Internet access and a virtual learning environment via 1BestariNet for all 10,000 schools.

It also aimed to augment online content to share best practices starting with a video library of the best teachers delivering lessons in Science, Mathematics, Bahasa Malaysia and the English language.The government had wanted to maximise the use of ICT for distance and self-paced learning to expand access to high-quality teaching regardless of location or student skill level.

On Nov 7, Education Minister Datuk Dr Radzi Jidin said 150,000 students from the B40 community in 500 schools received laptops through the government’s Cerdik Fund which was carried out by Yayasan Hasanah.

Distribution of the laptops was completed on Oct 29, he posted on social media.

In September, Radzi told Parliament that the government has carried out many initiatives to improve Internet connectivity in rural schools to ensure technology-based learning can be realised.

To begin with, the government is working on ensuring Internet access in schools under the ministry continues to be improved, he said, adding that the ministry is working with the Malaysian Administrative Modernisation and Management Planning Unit (Mampu) to identify the best approach to do this.

“This includes creating an integrated Education Ministry network based on three main principles, namely, fit for purpose, remain relevant in the future (future-proof) and a holistic solution,” he said. The network is expected to be implemented mid-next year.

He added that the ministry has provided broadband Internet access with speeds of 30Mbps to 100Mbps for 10,214 schools, including 141 rural schools that have been provided with 30Mbps Very Small Aperture Terminal (VSAT) lines since March.

On 1BestariNet which ended on June 30, 2019, Radzi said the ministry was aware of the project’s weaknesses such as the unsatisfactory Internet connectivity.

“At the same time, 1BestariNet has provided advantages and benefits to the development of knowledge among students and teachers in schools through the wider use of the Internet,” he added, noting that to enable tech-driven PdP, it is not enough to have the necessary infrastructure in place.

The ministry, he explained, is also creating a digitally literate student body while keeping them safe in the cyberworld.

The ministry, he said, is in the final stages of formulating a Digital Education Policy (DPD) to produce digitally-fluent future leaders.“We always emphasise the element of cyber security in the national curriculum and co-curricular activities to increase students’ awareness of the importance of using digital technology safely, responsibly and ethically,” he said, adding that the ministry has collaborated with the Communications and Multimedia Ministry to implement the CyberSAFE (Cyber Security Awareness for Everyone) in Schools Programme since 2010.

“We have also worked with the Communications and Multimedia Ministry to develop the National Cyber Security Awareness Module which will be piloted in 300 primary and secondary schools.”