Unite under one umbrella

MANY policies have been drawn up to overcome the problems the country’s skills-based education is facing.

Forums and discussions by industry experts have been held many a time but there still seems to be no clear end in sight.

The recently unveiled 12th Malaysia Plan (12MP), however, outlines several necessary strategies (see infographics) – including the need for a concerted effort to promote Technical and Vocational Education and Training (TVET) as a preferred choice of education among students – to tackle complex issues involving the sector.

The feasibility of these strategies, however, has come into question in light of the Auditor-General’s Report 2019 (Series 2), which revealed that the country’s TVET programmes have yet to reach the targets set under the 11th Malaysia Plan (11MP). 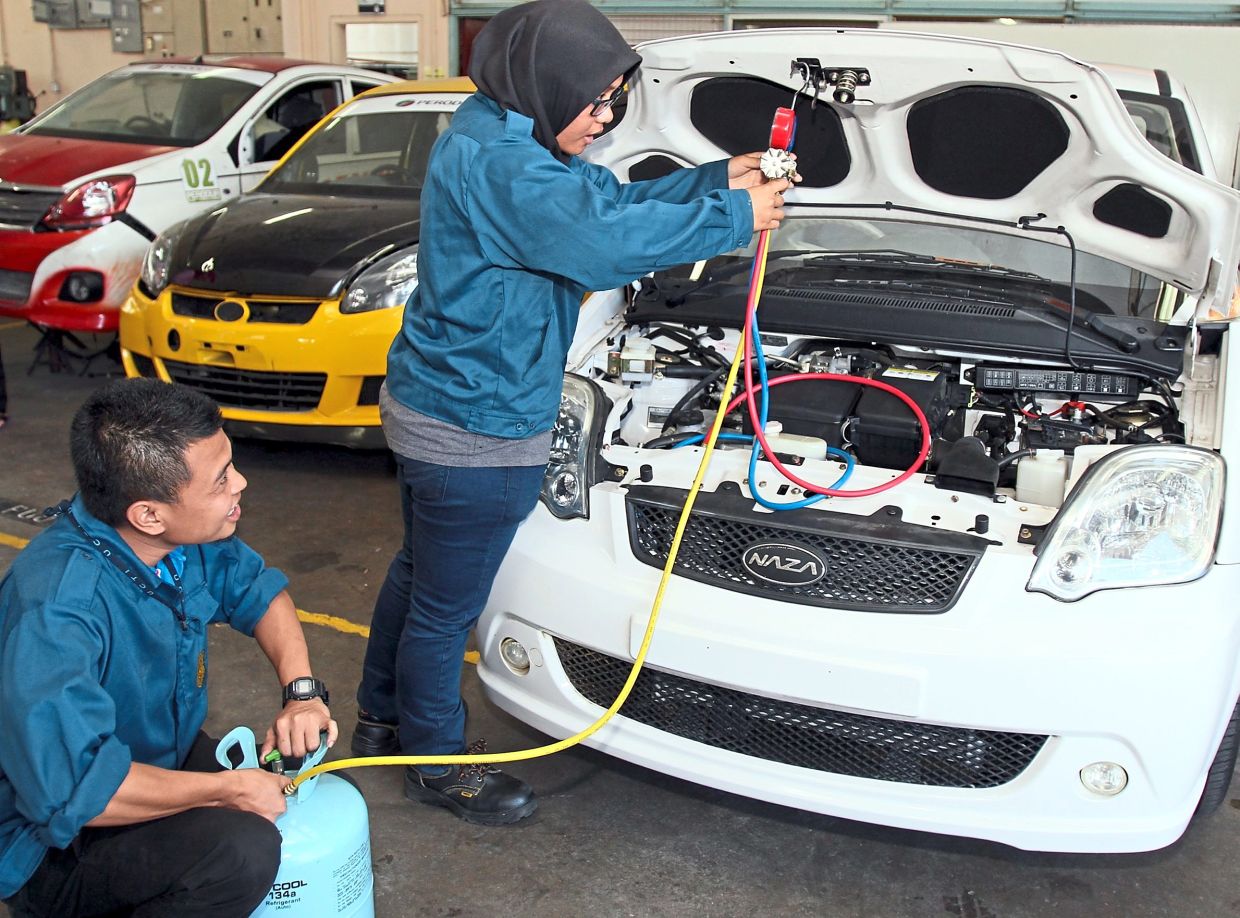 12MP: The five-year-plan outlines the necessary strategies to promote TVET as a preferred choice of education among students.

The report, according to Bernama, found that a comprehensive evaluation on the effectiveness of TVET had not been carried out.

Bumiputra Private Skills Training Institution action committee chairman Nordin Abdul Malek calls for more to be done to align what the country has not achieved in the 11MP with the strategies set out in the 12MP.

“We need to increase the minimum wage salary for TVET graduates from RM1,200, to RM1,500, and offer special incentives to local workers in critical sectors such as agriculture and estate plantation to upskill themselves.

To show parents and students that TVET can offer a viable career, programmes must be conducted from the primary school level.

Students, he said, must be exposed to TVET from young and not only when they are sitting for their SPM.

Time and again, voices from the ground have decried the system of having close to 10 ministries overlooking TVET.

“There are many programmes that overlap between the many ministries which causes an oversupply of graduates in certain areas, like culinary arts. There are insufficient job vacancies to accommodate them and this eventually leads to unemployment.

“We need to streamline the existing programmes to reduce overlapping and redundancy, and there should be one certification scheme as well, where all diploma and certificate programmes come under the purview of the Education Ministry,” he told StarEdu.

While he acknowledged that the issue was highlighted in the 12MP, he said the country’s education system, academic and skills-based, requires “real transformation”.

If there is political will, said Ahmad Tajudin, who was the former Education Ministry deputy director-general, it would only take three years to effectively streamline TVET into one, or at most two ministries.

This, he said, would go a long way in solving the problem of overlapping courses.

It would also allow TVET institutes to share their facilities with different training centres, and enable them to create programmes based on industry needs.

Agreeing, Kolej Megatech chief executive officer P. Sailanathan said it is vital to consolidate all TVET institutions into a single ministry or agency for better coordination.

Sailanathan, who is the former Federation of JPK Accredited Centres (FeMac) president, said there are currently more than six ministries and 11 agencies offering TVET courses.

Nordin stressed that there must be immediate reforms for the empowerment of TVET, adding that the concern over the strategies in the 12MP is that they are similar to solutions that have been proposed over the years.

“Is the government able to reduce the number of ministries overlooking TVET?

“This is a serious problem as within the 11MP period alone, the government changed several times, yet there was a lack of a united effort to form a structured system to empower TVET the way it is done in developed countries.

“By reducing the number of ministries involved, several issues can be resolved, such as TVET institutes’ operational cost which takes up a huge chunk of the TVET allocation.

“There will be less red-tape and bureaucracy in implementing ideas as different ministries mean having a different set of standards in conducting programmes,” he said, adding that overlapping programmes also leads to a waste in resources, manpower, facilities and enrolment capacity.

The academic pathway under the Higher Education Ministry for public and private tertiary institutions, Nordin said, has very clear policies in place.

He said the same should be adopted for TVET.

TVET programmes for schools are only available for Forms Four and Five students as other programmes require applicants to be SPM graduates, Ahmad Tajudin said.

This should change and the programmes should be made accessible to school students of all ages, he added.

“It’s better to instil interest in skills-based learning from young, while they are still in the schooling system.

“This will prove beneficial, especially for students who do not have the financial ability, inclination or academic credentials to continue their tertiary education in TVET or at academic institutes.

“Many of these children have talents that we must nurture; we cannot just let them do nothing after finishing school, which sadly is the reality for most,” he said.

These students are labelled dropouts, which carries a stigma. They end up working in underpaid jobs, and worse, fail to pick up skills that can pave the way for their future.

This, said Ahmad Tajudin, creates a chain reaction which results in the government having to depend on skilled foreign labour to do jobs which our talents could have picked up if they had the opportunity and support.

Insufficient funds have been a long-standing stumbling block in the sector. In order to achieve the strategies set out in the 12MP, Sailanathan said increasing funding for capability and capacity building for both public and private TVET providers is vital, especially in the face of the digital economy and Fourth Industrial Revolution.

“In order for the private TVET sector to increase their enrolment numbers, the government must increase TVET’s annual allocation through the Skills Development Fund Corporation (PTPK).

“Due to the Covid-19 pandemic, it will take at least three years for the private TVET sector to recover.

“Many B40 and M40 families whose children do not meet the requirements to enter public TVET institutions need financial assistance to send their children to colleges,” he said.

Agreeing, FeMac president Azizul Mohd Othman said funding for training must not only be made available, but also be easily accessible to trainees.

Azizul stressed that as a sector that provides skills training, the focus for TVET should be on employers and industries.

Nobody knows the requirements of industries better than the industries themselves, he said, stressing that training must be industry driven.

“There are four areas within the TVET-industry relationship that can be enhanced.

“The curriculum must be designed with the industry in mind and it must be strengthened.

“Additionally, students or trainees at all levels should be given industrial exposure; this should be made a part of the curriculum.

“Even TVET trainers and instructors need more industrial exposure to enable them to relate better to their trainees and be kept abreast of up-to-date industrial technologies and practices,” he said.

To attract more youth into TVET, Azizul said the sector’s image needs to be enhanced and more exposure to TVET must be given at the school level and within the community.

Skills-based education festivals and fairs should be encouraged and promoted with the participation of training providers and industries, he opined.

“Accreditation of training providers must be carried out seriously to ensure that the quality and delivery of the programme are not compromised.

“Education and training should be carried out with utmost integrity beyond mere political or individual agenda in ensuring the national agenda on TVET is achieved and the nation’s future workforce is of world-class quality,” he added. 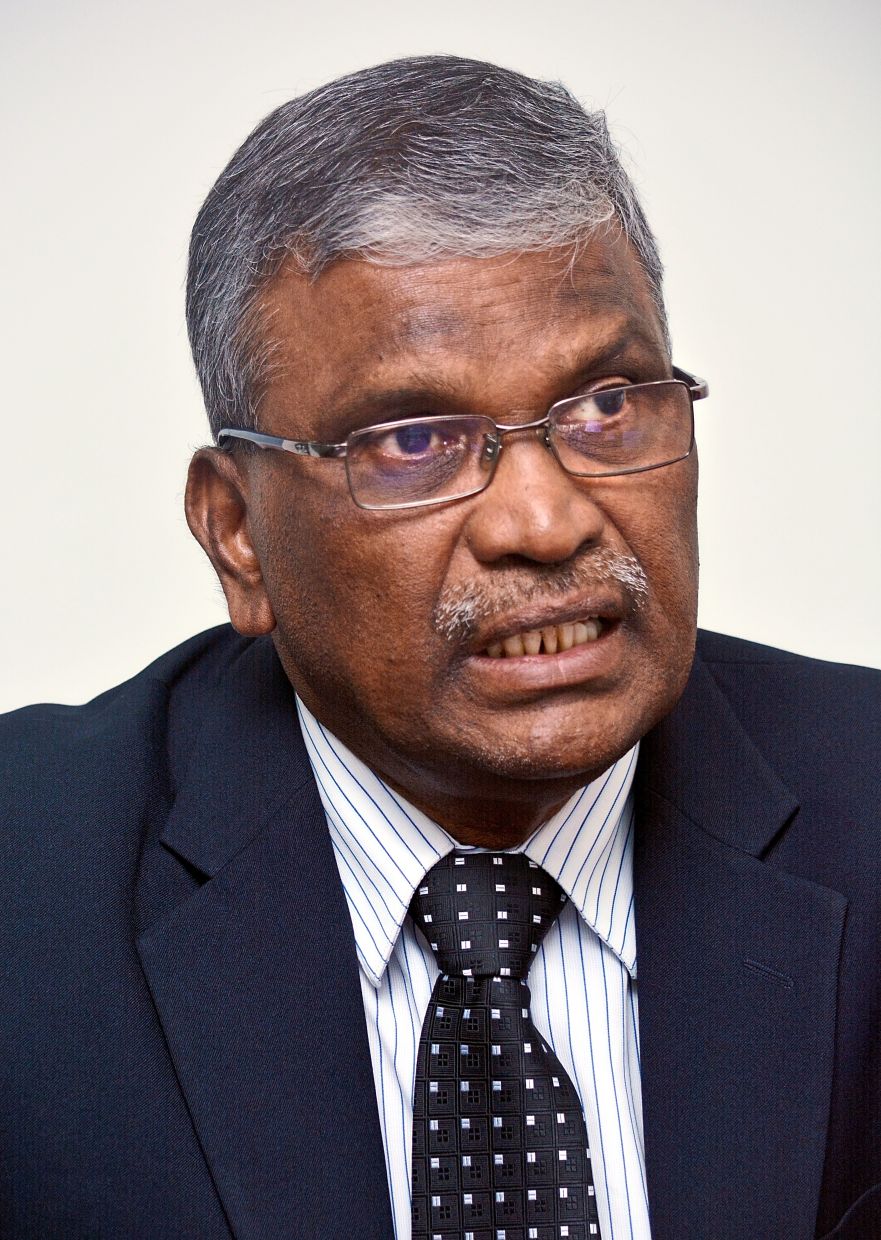 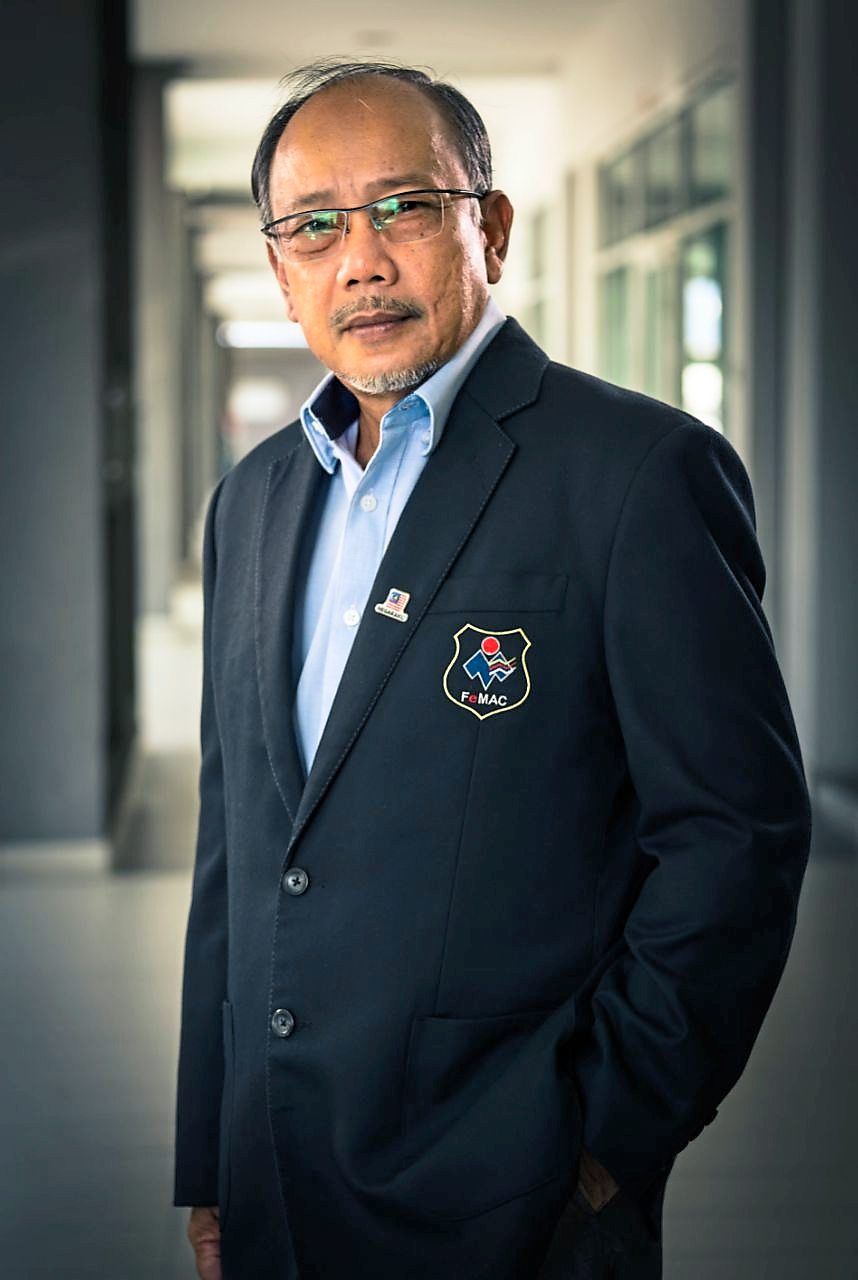 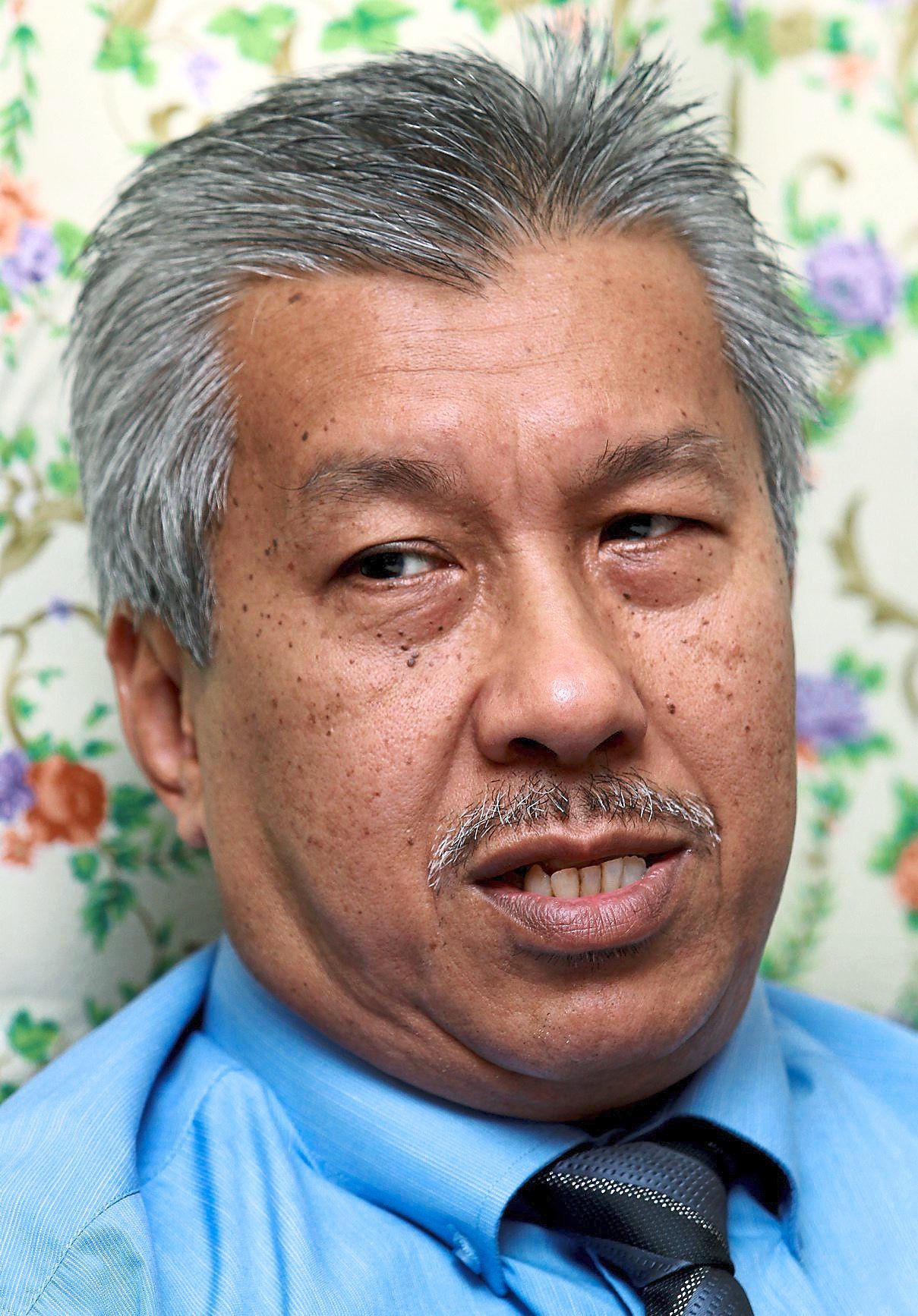 Nordin: There must be immediate reforms for the empowerment of TVET.

Sailanathan: It is vital to consolidate all TVET institutions into a single ministry or agency.

Azizul: Funding for training must not only be made available, but also be easily accessible.

Ahmad Tajudin: It is better to instil interest in skills-based learning from young.

TVET: A long journey ahead

A dire need for political literacy
Young voters: Social media influenced us but we are ready to learn
Raise quality of tertiary education, depts and agencies told
What you can do with an MBBS
Plenty of study and job options under one roof
Find your best fit at Sunway Education Open Day
University of Southampton Malaysia appoints new Business School head to meet industry demands
Malaysian student scores with eco-friendly innovation
Mohamed Khaled to explore new initiatives in MOHE
Why it’s important to integrate arts into STEM education