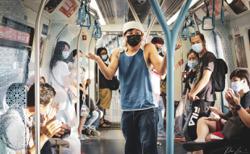 Budding puppeteers: Aldiedianie (left) and Erlyn said their participation had opened their eyes to the different talents from across the globe. THE Covid-19 pandemic has not put a damper on two students’ enthusiasm to showcase their artistic talents.

Last month, Aldiedianie Alexander and Erlyn Sherlyn Ujin from Keningau Vocational College in Sabah took part in an online Russian art festival and came away with recognition for their puppetry performance.

Dubbed the V International Festival of Music and Dance “Friends in Moscow”, the event was aimed at promoting the multinational culture of Russia, as well as developing friendly cultural ties between teams from different countries.

Aldiedianie and Erlyn’s video of their puppet show, which was posted on the contest website, came in third for the highest number of votes from the public, according to a statement from the college. Their effort earned them a diploma (III degree laureate) certificate.

Entitled Soyang, their story revolved around the titular character, a giant who used his strength to bully other animals in the forest instead of protecting them.

His actions agitated a forest spirit who cast a spell on Soyang, turning him into a mammal during the day and transforming him back to his original form when the sun set.

Aldiedianie and Erlyn, both 19, said they decided to take part in the festival to showcase their talents and build their confidence.

They added that their participation had opened their eyes to the different talents from across the globe.

“We were amazed by the videos submitted and at the same time, we feel proud to have represented Malaysia and gained recognition for our entry,” they told StarEdu.

Keningau Vocational College director Johari@Jaibet Sabin commended Aldiedianie and Erlyn for applying what they had learnt from their early childhood education programme to their puppetry performance.

He added that the art project could help to preserve cultural heritage, as well as encouraged the students to hone their artistic talents.

The college’s co-curricular teacher Sirhajwan Idek, who encouraged the students to take part in the art festival, said their effort showed that many activities can still be carried out from home, despite the enforcement of home-based teaching and learning due to the pandemic.

“I am impressed with what they came up with. They did everything on their own. I only helped them with the script, the registration and the financial aspects as they shouldn’t have to use their own money to purchase items to create the set and the puppets,” he said.

Spurred by their win, the students said they look forward to joining such competitions in the future.

Jaskirat, 14, a student in Kuala Lumpur, is a participant of the BRATs Young Journalist Programme run by The Star’s Newspaper-in-Education (Star-NiE) team. Throughout the year-long programme, participants aged between 14 and 22 from all across the country experience life as journalists, contributing ideas, conducting interviews, and completing writing assignments. They get to earn bylines, attend workshops, and extend their social networks. To join Star-NiE’s online youth community, go to facebook.com/niebrats. 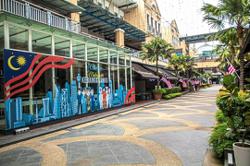