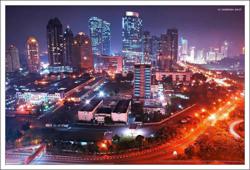 A YOUNG copywriter’s ability to conceptualise the feeling of frustration into music has won him the “Best Original Music Award” at Malaysia’s first international film festival for youths.

Yaashdev Sasidharan, 26, who won the award at the Limkokwing International Youth Film Festival, said it was challenging to create music that conveyed something abstract like a specific emotion or thought.

The two-and-a-half-minute movie is about a music director finding inspiration to create a song from a leaky faucet that had initially disrupted his creative process.

Titled Peace Drop, the short movie reflects how he eventually found peace through the sound of the water droplets, the Subang Jaya resident told StarEdu.

“There was no orchestra. Instead, the score featured recorded sounds from my surroundings, ” he said, adding that strings and a piano playing to the sound of water droplets were central to the score.

He said he was surprised by the win as he did not know that the video had been submitted for the film festival.

Although a wordsmith by profession, Yaashdev said music has always been a part of his life. He even creates music for his work projects.

It took him about two weeks to come up with the music for Peace Drop after his friend approached him with the idea for the video.

“I had some recently recorded sounds and those I had collected over the years in my ‘sound bank’ which I used to compose the winning score, ” he said.

At the award presentation ceremony held on April 7, Limkokwing University of Creative Technology senior vice president Datuk Raja Aznil Raja Hisham said entries for the film festival, which was held over the past year, demonstrated high levels of creativity in production and storyline.

National Film Development Corporation (Finas) chairman Zakaria Abdul Hamid, who was present at the event, said Finas hopes to give more opportunities – and funds – to young creative film artistes to develop their talents. 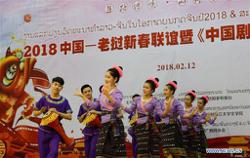