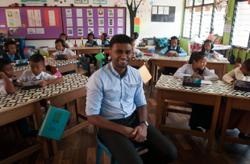 SAMUEL Isaiah’s nomination as the Top 10 finalist for the 2020 Global Teacher Prize had my phone ringing over the past few days.

I was receiving calls and messages asking me whether it was me because I was a teacher too and more so because we share a second name that sounds similar and which is quite uncommon.

His second name is Isaiah while mine is Yesuiah. But that is about the only thing that I share with this great teacher.

Today, Malaysian teachers can hold their heads high, thanks to Samuel who was selected from among 12,000 teachers worldwide for their outstanding contribution to the profession, to be in the Top 10.

Dubbed the “Nobel Prize” in the teaching fraternity, the winner will receive US$1mil (RM4.3mil) for his or her effort. Being shortlisted itself is an acknowledgement of his sacrifice, commitment and passion.

Indeed, Samuel is as an exemplary role model for more than half a million of our nation’s teachers.

The King and the whole country, especially from the teaching fraternity, wish him the best. May he win the award and bring honour and glory to our nation.

Samuel’s nomination brings renewed hope for us to continue striving. The news was a welcome respite amid rising Covid-19 cases.

When Samuel was posted to an Orang Asli settlement school at SK Runchang, Pekan, eight years ago, he was determined to make changes for the children.

Though he had to travel 200km daily to and from the school located deep in the jungle, he went about his work with dedication and perseverance.

Those who have taught Orang Asli children know that there are many challenges when teaching them.

Firstly, there is the language barrier. These children have their own indigenous dialects making communication an uphill task.

An English teacher cannot even use Bahasa Melayu to converse with them so it is an outstanding achievement that Samuel was able to raise the school’s average English pass rate from 30% to 85% with patience, persistence and faith in the children.

Another problem with teaching Orang Asli children is absenteeism. They go to school only if they feel like it.

Many children would rather follow their parents into the jungle to look for food than to attend school.

Samuel met the parents of the children and built a rapport with them to overcome the poor attendance problem.

Using the ukulele, he was able to keep the children entertained and inspired during his lessons.

Another challenge of teaching in remote schools is the lack of facilities and resources.

But Samuel believed that where there is a will, there is a way. Through crowdfunding, he provided them with laptops and tablets. Despite being in the jungle, he made sure that the children did not miss out on technology and innovative learning platforms.

And since they were not used to formal classrooms, he held lessons under trees so that they would feel comfortable.

Samuel did not look at the Orang Asli children as lesser beings but as children with the potential to excel.

Despite the negative perceptions surrounding the teaching of underprivileged children, he focused on improving the standard of education for them so that they would have a level playing field in future.

He has given these children an opportunity they normally would not have dreamt of. He made it possible when the faint-hearted said it was impossible.

Only a passionate, dedicated and committed teacher will rise to the occasion and become an extraordinary teacher. Such was his love and care that he treated the children as his own.

When he left the school last year for his Master’s programme in the United States, the Orang Asli children were moved to tears.

Samuel stands among a group of highly charged and motivated teachers who are serious about their work and the children that they have been entrusted with.

These teachers, though of different ages and experiences, will tell you that good educators persevere in the face of challenges and setbacks.

There are many other teachers in our nation who are serving in rural and remote areas, staying far from home and giving their heart and soul to their charges.

Teachers have to rise to the occasion and be passionate, dynamic and vibrant in the classroom. They need to go the extra mile to teach, touch and transform the minds and hearts of children.

May God bless you, Samuel.

Note: The Global Teacher Prize award ceremony will be held virtually on Dec 3 from the Natural History Museum in London. 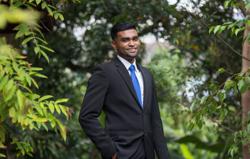