The murderer who would rock and roll forever 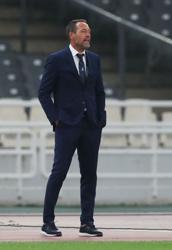 IN the weeks to come,

The Star’s Newspaper-in-Education (Star-NiE) programme presents a collection of stories donated by The Strait Times newspaper of Singapore for use by teachers and students in the classroom.

The stories chosen are classis legends, myths, fables and folklore from around the world rewritten as modern news or feature stories. Young readers and adults will enjoy reading the likes of William Shakespeare’s MacBeth and Hamlet and Mary Shelly’s Frankenstein in a modern news format.

Sisyphus is a character from Greek mythology - old stories which the ancient Greeks told about their gods and heroes. He is described differently in various stories, but more often than not, is portrayed as crafty, greedy and wicked.

Once, he even cheated death by telling his wife not to make the usual offerings to him once he died. Then when he did die, he complained to the gods that his wife was neglecting her duties, so they let him return to the world of the living to rectify this.

Eventually, he annoyed the gods so much that they forced him to roll a stone up a hill, only to see it roll to the bottom each time, again and again for all eternity.

The story of this punishment was depicted on many Greek vases and works of art.

Because of it, the word “Sisyphean” is used to describe any task or challenge that requires a lot of effort but which is never-ending or pointless.

THE government of Hades has introduced a new punishment for the country’s worst criminals - rock-rolling.

A jump in the number of crimes prompted Zeus, the Chief Minister, to suggest a harsher set of penalties to deter troublemakers.

The first to feel the sting of the new measures was Sisyphus, a notorious criminal who was, a few months ago, finally arrested and convicted of several serious crimes, including murder and cheating.

Last week, a judge handed down his sentence: “I order you to roll a large rock to the top of the tallest hill. Just before you reach the summit, the rock will be pushed so that it rolls to the bottom. But you are to go down and roll it up again.

“Once more, just before you reach the top, the rock will be pushed down, and you must start all over again. This will be repeated for the term of your sentence, which is life.”

Those gathered in the courtroom could not believe their ears. Sisyphus himself looked confused, and could be seen asking his lawyer what was going on.

The defence launched an appeal - asking the judge to reconsider the decision - but under the new laws, this was denied.

A large crowd gathered to watch. Sisyphus was dressed in a coat with a bright red cross on it - this, said the authorities, was to make those serving the sentence as noticeable as possible.

Under the watchful eye of a prison guard, Sisyphus began pushing the boulder - a rock almost as big as he was - up the hill. It was a long, arduous push, with the thing said to weigh 30kg.

He huffed his way to the top, but just as he was about to reach it, two guards standing near the summit gave it a big shove, sending it hurtling to the foot of the hill.

Sisyphus looked at them, almost in

disbelief, then looked at the rock. Slowly,

he made his way back down. He repeated the task a dozen times that day before

The guards have said that when he wakes up, he will be made to start all over again. It remains to be seen how long this can go on.

The authorities are still saying this will continue for as long as the prisoner lives and is able to carry out the task. It is not clear what will happen if he refuses to cooperate. Public reactions to the sentence have been varied.

Madam Chin So Watt, a 44-year-old housewife, said: “I think terrible criminals deserve this sort of punishment. Let him roll the boulder up that hill forever.”

Others have condemned the punishment. A human rights group has filed a complaint with the Justice Ministry, saying that rock-rolling is unethical. Some, however, think it is simply pointless.

Said Mr R. Muthu, a 23-year-old butcher: “If you are going to punish him, at least let him do something useful, like pick up litter.

DETER - Prevent, persuade to not do something

NOTORIOUS - Famous for being bad or doing something bad

CONDEMNED - If you condemn something, you say it is wrong or flawed

HUMAN RIGHTS GROUP - A group that believes every person should be treated fairly, and that everybody deserves things like freedom and equality

UNETHICAL - Immoral or not right, in terms of what people believe to be right or wrong — regardless of whether it is the law

The Gods And Goddesses Of Olympus by Aliki