On a quest to build virtual worlds

ALWAYS be wary of your opponent. If they succeed in blocking your attack, stop trying to break their guard and perform a grab.

Always take your surroundings into account. After a successful grab, throw your opponent into a good-sized building to deal more damage.

Master the strategies of collecting Giga Points to transform your character into the extra powerful S-Class form to win hands down.

But the game’s developer, Passion Republic Games, has designed it so that your character stays in S-Class for several seconds, so do not waste it.

Challenges like in this four-player arena brawler, GigaBash, fuel the passion of gamers the world over as they escape the humdrum of reality and immerse themselves in worlds built by game developers.

Few know that Malaysia is a strategic region in this US$150bil (RM622bil) global industry. Assoc Prof Tan said portions of the virtual worlds of at least 100 bestseller games like Final Fantasy XV, Street Fighter V, Uncharted 4, Call of Duty: Ghost, the Last of Us - Part 2 and many more, were developed in Malaysia by Malaysian game developers.

The industry is getting larger, creating a huge job market for professional game developers.

“There is something different about this degree programme. It was built by the industry, not by academics.

“In 2012, we sat down with game studios and asked them what they want out of their teams, what kind of work they want them to do and what kind of skills and talents are needed.

“Then we built the degree programme from the ground up, ” he said.

Every game development aspirant at UOW Malaysia KDU faces a quest that will take them three years, through nine semesters, to complete. 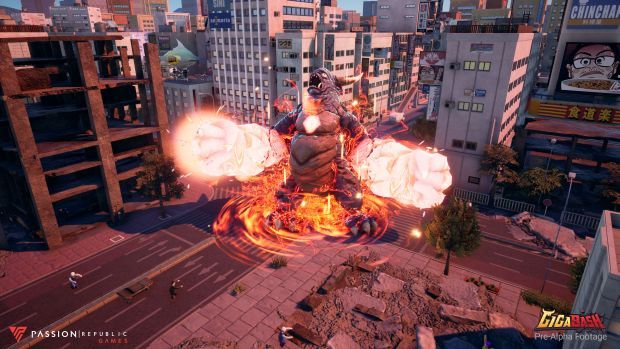 Screenshot of Gorogong - the horned kaiju, laying waste to the surroundings in the upcoming made-in Malaysia video game developed by Passion Republic Games.

In the first semester, everyone learns the same lore. From the second semester onwards, they specialise in one of three destinies of their choosing, be it as game designer, artist or technologist.

Game designers gain a surprising number of skills through this degree programme.

The game designer is imaginative and expressive and possesses innate talent in the way of the written word and can craft stories that enthral readers.

Psychology, game genres, creating worlds, the “Five Domains of Play” character development and storytelling are just a few of the skills game designers must equip themselves with. Of course, game designers need to learn how to make money from their games too.

The next sorcerer or sorceress in game development is the artist. This person can not only see what is not there but also can make it visible for others. Game artists excel at weaving illusions that gamers dive into.

They become experts in texturing lifelike terrains, shading walls that bring out the dystopia in make-believe apocalyptic worlds, drawing monsters that will amaze gamers.

The third exponent of game development is the technologist, a mathematical genius and a master at creating artificial intelligence.

“Those dazzling special effects, the intriguing dialogues and the addictive game-play are all bound together by strict and complex lines of code.

The game appears to the technologist as numbers and letters trickling across the screen. They are the ones who actually build those virtual realities.

Assoc Prof Tan said every game development student usually knows which of the three specialisations they wish to delve into from the moment they join the degree programme.

He cautioned, “However, don't think you will enjoy game development just because you like playing video games.

“Some have done that and regretted it. The work of building a great game takes a lot of skill and creativity.”

Having introduced the degree programme since 2012, Assoc Prof Tan said UOW Malaysia KDU is now the largest game development school in the country and considered one of the premier Game Development Universities in Southeast Asia.

“Our students use special game development studios with workstations that have enough processing power to handle gigabytes of codes and computer-generated imagery.

“All the game lecturers here are either still involved in the game industry or have had prior game development experience.

“Some of them are chief executive officers of game studios, but they dedicate time on the campus, because they know they have to pass knowledge on to the next generation to make sure the game industry will grow," he said.

To learn more about the upcoming game GigaBash, visit https://passionrepublicgames.com

To explore the Bachelor of Game Development (Hons), call 03-5565 0530 or email enquiry@uowmkdu.edu.my 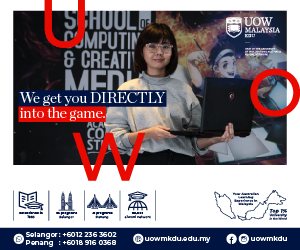