Singing for the nation 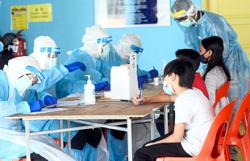 THANKS to her teacher, Form Five student Hallie Avisha Vethamoney (pic) found herself being part of Warisan – a global initiative celebrating Malaysia Day.

Warisan – A Malaysia Day Project by Perak-born South London-based theatre practitioner Vinna Law featured Malaysians from around the world, performers and otherwise, contributing their voices for a version of Sudirman’s Warisan which was posted on YouTube on Sept 15.

SMK Subang Utama English teacher S. Sri Murugan, who has been an educator for over two decades, had secretly submitted his student’s school performance video to Law.

“Submitting the video was something simple I could do to share Hallie’s beautiful voice with others.

“Everything happened at the right time. She was recording the song for school and coincidentally, Law was looking for participants to join her global project.

“So I thought it would be a nice surprise for Hallie and also to help boost her confidence as a performer,” he said, adding that he treats his students like his children.

Thrilled to be part of the project, Hallie said she was initially shocked when Sri Murugan told her that she was going be featured.

“I had no idea that the recording of my singing, which was meant for a school performance, had been submitted.

“Mr Murugan surprised me the next day by telling me that Law loved it and wanted to include it in the project,” she said.

Adding that it was an honour to sing the popular classic, she hopes the country continues to develop and for everyone to prosper and live peacefully together. – By LEE CHONGHUI 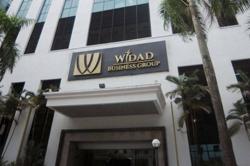