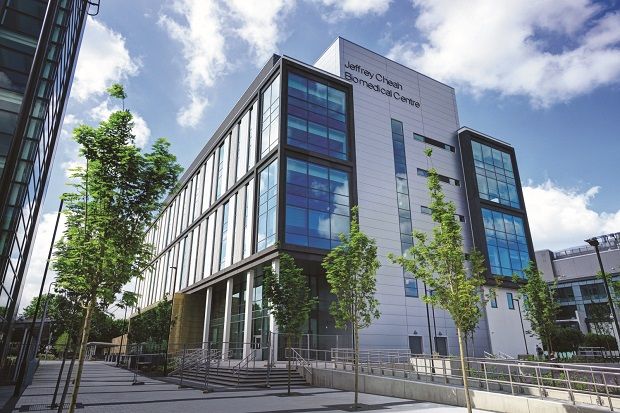 I AM privileged both as a Malaysian expatriate in the United Kingdom, and as the first female professor to be appointed in the School of Clinical Medicine in Cambridge, to be made one of the first Jeffrey Cheah Professorial Fellows in Gonville and Caius College.

It is now 10 years since Tan Sri Dr Jeffrey Cheah established the Jeffrey Cheah Foundation (JCF) that made all of this possible. I want to congratulate him on this anniversary, on his vision, and on the contribution he and the JCF are making in placing Malaysian education on the world stage.

Education in its broadest sense of imbibing values and learning is a lifelong process. We learn from everyone around us and some of us are fortunate to have the opportunity to experience excellent teachers and mentors.

Each generation faces new challenges and education enables us to better understand and address them appropriately.

As a medical epidemiologist, I know that international studies show us how much we can learn from diversity, which Malaysia exemplifies, and from sharing knowledge and experience globally for the benefit of everyone.

For five years now, I have been able to visit Sunway on a regular basis and present the latest developments in ageing medicine in Cambridge and elsewhere.

I hope that I will be able to contribute in a very tangible way to Sunway’s programmes in public health and in ageing medicine, my field of specialisation, in the future.

The importance of population studies

The Covid-19 pandemic is a stark reminder of the central role that public health and collective action has in the health and wellbeing of every individual in the community.

In this era of personalised medicine, it is easy to forget that clean water, sanitation and adequate nutrition as well as vaccines against common infectious diseases, have saved more lives than individual medical treatments, wonderful though these have been.

The huge variations in Covid-19 infections and death rates in different communities illustrate how our individual health is dependent not just on our own actions but the actions of other individuals and the kind of community in which we live.

While every life saved by treatment should be celebrated, ultimately, success is measured by the numbers who remain well.

Research in preventive medicine is focused on how we can improve health in the whole population by minimising the numbers who suffer not just from infectious disease as acutely illustrated by the Covid-19 epidemic but also other causes of ill health.

Population ageing, a huge success story, has come about because the majority of us who would, in a previous time, have died of infectious diseases and malnutrition in early life are now surviving to adulthood and beyond, while average life expectancy has doubled in most populations over the past 20th century.

The societal consequences are substantial. Issues include employment, for example, duration of active working life, education, taxation and savings, pensions, and social structures.

Health in an older population is a major issue, as this will influence the ability of older people to continue making active contributions, their quality of life, as well as the amount and duration of dependency and need for long term care at the end of life.

The maintenance of functional health and quality of life is a major challenge. Ageing is associated with degenerative processes leading to conditions such as cardiovascular diseases, osteoporotic fractures, common cancers, dementia, visual and hearing loss, and consequent loss of quality of life. The risk of disability and ill health tends to increase with increasing age.

Much current debate concerns how best to treat, support, and care for, the projected great increase in persons with impairments, disability and handicap resulting from the ageing of the population.

These numbers are projected to increase two to three fold over the next few decades. However, such projections are highly sensitive to small changes in occurrence of disability.

Geographic and socio-economic variations as well as time trends in health indicate that a large proportion of these conditions can be postponed and extrinsic factors such as diet and physical activity may have an important influence.

Research into the biological and physiological processes involved in ageing and how they translate to functional health such as physical, cognitive performance and sensory function such as vision and hearing can help us understand how we can modify the ageing trajectory to ensure optimal physical and psychological function.

For example, in our population of 25,000 men and women aged 40 to 79 years followed up over two decades, individuals who had four simple positive health behaviours (not being totally physically inactive at work or leisure time, eating five servings of fruit and vegetables a day, not smoking and moderate alcohol drinking), had a four-fold difference in death rates from all cause, cardiovascular disease and cancer in the following two decades; lower hospital admissions; and also better functional health compared to those individuals who did not have any of these positive health behaviours, equivalent to about 14 years in chronological age.

This is just one of numerous studies worldwide that indicate small changes in individual behaviours can make a big difference.

As the Covid-19 pandemic illustrates, the major challenges to public health, whether climate change, new infectious diseases, social inequalities and conflict, are those that have to be addressed by each of us as individuals working together with collective responsibility.

But the huge gains in healthy life expectancy that have been achieved globally illustrate what is possible when communities work together.

Comparisons between different communities show that the occurrence of ill health in a community is directly related to norms of that community, that is, as Geoffrey Rose at the London School of Hygiene and Tropical Medicine observed in his 1993 book, Strategy of Preventive Medicine: “The essential determinants of the health of society are thus to be found in its mass characteristics. ... effective prevention requires changes which involve the population as a whole. ... (This has) often disturbing implications for policy, research and ethics of the population-wide approach to the prevention of common medical and behavioural disorders.” 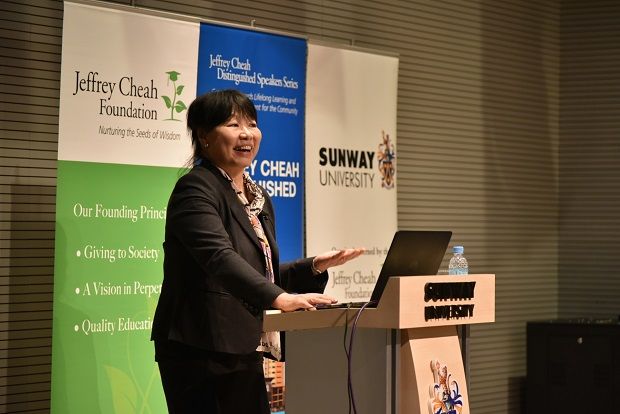 Malaysian-born Khaw is a leading expert in the field of health and disease, and is currently one of the principal UK scientists working on the European Prospective Investigation into Cancer and Nutrition (EPIC) study, a European-wide project investigating the links between diet, lifestyle and cancer.

Khaw has been recognised for developing improved methods for collecting information about people's diet and levels of exercise, and relating this to the number of cancer cases diagnosed.

She was appointed Commander of the Order of the British Empire (CBE) in 2003, and has been the recipient of several prestigious awards including the Bisset Hawkins Medal of the Royal College of Physicians, the British Nutrition Foundation Medal and the NIHR Senior Investigator Award from 2009 to 2013.