Let’s not have robots at our convo please

UNIVERSITY students in Malaysia can be rest assured that robots will not be taking over their convocation ceremonies.

That is, unless they want them to.

Universiti Sultan Zainal Abidin (Unisza) vice-chancellor Prof Datuk Dr Hassan Basri Awang Mat Dahan said a recent video of two robots receiving scrolls from him “on behalf of the students” was only meant to show that it can be done here.

On April 7, Reuters reported that Business Breakthrough University students remotely attended their graduation ceremony in Tokyo by controlling avatar robots while logged on at home.

As Spring graduation ceremonies in Japan were cancelled because of the coronavirus pandemic, the robots, dubbed “Newme” by developer ANA Holdings, were dressed in graduation caps and gowns for the ceremony to represent the students.

“When the Higher Education Ministry said there can be no convocations done face-to-face, we thought of trying to use robots in a virtual ceremony.

“Our virtual convocation showcase – which allows students to be actively involved – is proof that we can conduct our convocation virtually if we wanted to.

“And the ceremony can be live streamed,” he told StarEdu.

The university in Terengganu had released a simulation video on May 29 to showcase how its locally-developed robots – Naseem and Seeba – can be used to represent graduates to accept their scrolls.

In the video, the anthropomorphic robots were fitted with mobile devices likes smartphones and tablets in the head area. This allowed graduates to view the convocation ceremony via live streaming and to interact with the vice-chancellor through the robot.

Naseem was first used in last year’s convocation ceremony to pass the scrolls to the vice-chancellor before they were handed over to the graduates.

The robots were created by five lecturers from the university’s Faculty of Industrial Design and Technology, and the Faculty of Informatics and Computing.

Prof Hassan Basri said the virtual convocation ceremony, however, remains a concept as it has not been approved for implementation.

He said Unisza had gathered student feedback and will discuss the matter with the relevant authorities before making a decision on whether to hold a virtual convocation for its students.

“If the students prefer a face-to-face ceremony and they are willing to wait for one or two years, it is okay with the university.

“But if the students want to proceed with the virtual convocation, then the university is also ready to do that,” he added.

Students interviewed said they would rather wait than have a virtual ceremony.

Khalpanaah Rangasamy, a Bachelor’s of Medical Imaging student, said she wants to receive her scroll in person.

“I am willing to wait. It’s not like we are not allowed to work while waiting for the physical scroll.

“We can get an official letter from the varsity to prove that we have completed our studies when applying for work,” she said, adding that her parents are looking forward to attending her convocation.

The 23-year-old said she had worked very hard over the past four years to earn her degree and wants to experience a “real ceremony” as recognition of her efforts.

Although Engku Mohammad Fadhli Engku Fauzi, 24, is proud that his university had created the robots, he said it would not do the graduates justice if they were represented by machines at the ceremony, he said, adding that he is not ready to be replaced by a robot on stage.

“And, not everyone has good Internet connection at home and may miss their ‘chance to be on stage’ because of it,” he said.

Reena Chong, 24, on the other hand, is fine with using robots as they are a safer alternative in these trying times.

“It cannot be denied that the use of robots is beneficial as it can help prevent the spread of Covid-19.

“Holding an actual ceremony is still dangerous now because students are not the only participants in the convocation ceremony – elderly family members and young children will also be there to witness the event,” she said, noting that almost 90% of Unisza students do not want Naseem and Seeba to represent them at the convocation.

“I understand that it is very disappointing because we have been waiting for the graduation ceremony since the beginning of our studies.

“Sadly we just cannot be physically there to celebrate it because the risk of getting sick is too high.”

Checks by StarEdu with other public institutions of higher education revealed that they are postponing their convocation ceremonies to next year. 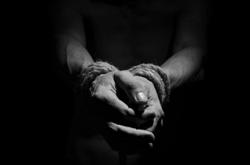