Khoo says many don’t know about Malaysians in STEM and the work they do.

Dubbed ‘100 Scientists of Malaysia’, or 100 SoM, the project by three UK-based PhD researchers aims to highlight 100 local individuals who are working in STEM.

Launched on Aug 31 last year, 100 SoM was founded by University of Nottingham’s Anthony Beh, Josh Khoo and Sara Wong, to increase visibility of Malaysian scientists, showcase diversity of STEM, and inspire the pursuit of those subjects among students here.

Explaining what 100 SoM is about, Khoo said many don’t know about Malaysians in STEM and the work they do. The trio then sought to highlight those stories creatively by posting photocards, interesting facts, and Q&A sessions, on social media. The interactiveness social media affords meant that netizens could also engage with the individuals featured.

The 26-year-olds have highlighted some 30 bright minds to date. And there are plans to take the project forward. Beh says those featured are keen to share their challenges and successes so others can benefit from it too.

“We have some ideas but we’re still open to how we are going to proceed after we’ve met our target of 100 scientists. We can do big things with this huge network of Malaysian scientists around the world, ” Beh and Wong shared.

Some ideas include organising seminars and talks on life as a researcher and how one gets into research so that students are aware of the options STEM offers.

They’re also looking at short placements in research labs to expose students to what goes on in a real lab.

They hope that the project will show students what research is about, its importance, and the achievements of Malaysians who pursue it as a career.

“We’re also hoping to connect scientists with different skill sets so that they can work together on research, commercial and social projects.

“Many of our scientists want to help develop our country and better the lives of people. It’s a tall order but if we work together, we can bring real change to the country, ” Beh said, adding that the 100 SoM also hopes to draw attention to research that deserves funding.

The project started with them highlighting people from their extended circles and those they stumbled on via social media, news articles and other online sources.

“Those we feature are passionate about their fields and are keen to share their challenges and successes so others can benefit too, ” said Beh.

As 100 SoM grew, more people started reaching out. Some would recommend other scientists, while others wanted to share their own stories. The interviews are conducted by the founders themselves despite their hectic schedules.

Wong, a Johorean, is interested in the potential therapeutic use of oxytocin, a brain neurotransmitter, which modulates social behaviour, for human diseases; while Beh from Kuala Lumpur, works with stroke survivors who have lost their vision. His PhD project uses brain imaging techniques to work out a plan to recover their vision and help improve their lives. Selangorian Khoo is fascinated with the area of the brain which generates a signal whenever we make errors.

Many are intimidated by scientists. Better communication, especially in STEM, bridges the gap between researchers and the public, Khoo and Wong explained.

“Researchers play an important role but they must be active in communicating their research to the public. Wong says more scientists should come forward and share their passion and what they love about their work.

“The public is interested in issues surrounding topics like vaccination, influenza and mental health, but they need to get their information from the correct source.

“When people realise that science is so ingrained in everyday life, it may prompt them to ask bigger questions and to seek out answers for themselves.”

This, Wong said, can be inspiring.

“We’ve received so many comments and messages over the last few months from people saying how inspired and motivated they get from reading the stories.

“These scientists can be role models for our young. A girl who sees someone like her achieving great things, will be motivated to do the same.”

Malaysians, said Beh, tend to shy away from STEM as a career due to a lack of understanding of what research is about, why research is important and its future prospects.

“Some are scared of failing. But most are worried about job opportunities and their earning potential, ” Wong and Beh said, adding that more novel research must be encouraged with adequate funding provided if we’re to prevent bright talents from leaving the country.

When students carry our science experiments in schools, they’re given protocols that they follow blindly. There’s too much focus on writing a perfect lab report but science is about trial and error, Wong said.

“Our curriculum should highlight the discovery phase. Encourage students to read and plan their own protocols and experiments. Allow for mistakes.

We need more scientists to come forward and share their passion and what they love about their work, she added. That passion can be contagious.

“In school, I did well in Physics because it was just a matter of memorising equations and applying it correctly in exams. I had zero interest.

“But after interviewing a particle physicist for 100 SoM, I was amazed at his reasons for loving physics – he wanted to understand why we exist and learn the secrets of the universe.

“I wished they’d told us that in Form Four instead of teaching us to memorise equations.

“It was the same with Biology. I hated memorising the different genus and species of plants, but when another researcher we featured told me that plants, like humans, can experience panic attacks, I got really interested, ” she said. 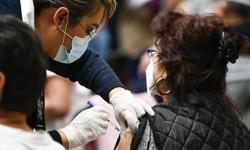