Ng posing for a photo in front of an aircraft at KLIA.

A MALAYSIAN undergraduate has been awarded the International Aviation Women’s Association (IAWA) scholarship for professionals.

“As a student, I’m extremely fortunate to have been taken as a mentee by Captain James Nixon, a former A380 captain and author of numerous books, including ‘The Crash of MH370’.”

She is now in her final year and was inducted into the Golden Key Honour Society, the world’s largest collegiate honour society for university students in the top 15%.

One of two siblings, she’s looking forward to launching a career in the aviation industry.

“When I applied for the scholarship, I was over-loading on my units by taking on more that semester, so that I could finish my course earlier.

“I enrolled in five units and at the same time, I was working part-time remotely for an aircraft maintenance company in Malaysia,” she told StarEdu in an email recently.

In the six months of waiting for the scholarship results to be announced, she was producing aviation articles for the company while maintaining a GPA of 4.0 and scoring High Distinctions in all five units.

To date, she’s written 40 industry-related articles – while assisting with market research for the company’s expansion and preparing a proposal to the International Trade and Industry Minister Datuk Darell Leiking.

Under the guidance of professionals at the Air Navigation Bureau at the International Civil Aviation Organization (ICAO) headquarters in Montreal, Ng will have the opportunity to enhance her professional experience in aviation by working on and contributing to specific aspects of the ICAO work programme at the international level for nine months.

It is part of the scholarship which, said Ng, has traditionally been awarded to students in the US, Canada and the Netherlands.

Extremely honoured and happy that the scholarship has been extended to students in this part of the world, she said it showed that great progress has been made for women in a traditionally male-dominated field.

“This year, six scholarships were awarded and I was offered the first and only scholarship in the Asia Pacific region.”

Besides partially covering tuition fees, the scholarship also included an all-expense-paid trip to the 31st IAWA Conference, which was held in Lima, Peru, in October this year.

“There were many influential women in the aviation industry at the conference – some of whom held senior roles at Boeing, Airbus, and Nasa.

“One of the most inspiring women I connected with at the conference was Airbus senior vice-president Katherine Bennett who UK Financial Times recently named the ‘7th Most Influential Woman in Engineering’.”

Ng was only one of two scholarship recipients who were undergraduates – the other recipients were pursuing postgraduate degrees.

“Out of over 200 attendees, we were the youngest.”

While advising those who are aiming for the scholarship to study hard, she said balance and knowing when to take a break are also important.

“I think what they look for is applicants with a balance of good academics, passion for the industry and ambition.” 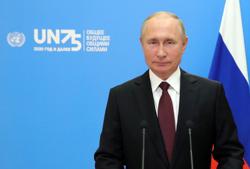 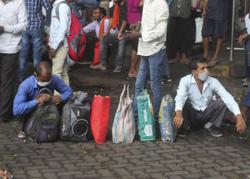