Athletes show that hard work is worth it

Cheong (centre) with Wong and Bibi Nuraisyah (right) hold their degrees after the convocation ceremony.

GROWING up as a chubby kid, national athlete Bibi Nuraisyah Ishak was bullied in school.

But the athlete who represented the country in athletics (shot put) at the 2017 SEA Games was surrounded by supportive and positive people.

Challenging the stigma that only people with a certain body type can play sports, and other battles she faced along the way, Bibi fought against the odds to rise not only in athletics but in completing her degree.

“Having people to support you is vital, and parents play an important role in giving their children the confidence they need.

“My mum is my strength because she brought my sister and me up single-handedly after my father’s death.

“She worked as a tailor,” she said through her tears.

The 24-year-old Kelantanese graduated with a Bachelor of Physical Education from Universiti Putra Malaysia (UPM).

Bibi was one of the 6,015 graduates who received their respective degrees from the varsity.

“It was tough but now, this degree is mine! I feel so relieved because our world as athletes is different.

“I’d rush for training after my classes ended at 5pm and then rush back to campus to attend my 8pm lectures that would end at 11pm.

“After that, I’d go back and finish up my assignments. I couldn’t do group studies because I talk too much.

“Whenever I felt exhausted, I’d rest but I wouldn’t give up,” she said, adding that she often thought about her mum when she had thoughts of quitting.

“My focus right now is on building my career as a teacher and while waiting for a job, I will actively train in sports.”

The stress of balancing training and attending classes affected Olympic shooter Jonathan Wong so much that the Melaka-born lad thought of quitting his degree in the first year.

But the 27-year-old persisted as Engineering is something he always wanted to do.

“I didn’t plan to become an athlete but it happened; I was 13 when I first joined the sport.

“Along the way, there were too many things to manage and I wanted to put my effort into sports but I knew I had to balance it with classes.

“I spoke to my lecturer and he told me to go slow and steady and distribute my work, as long as I earn my degree,” he said.

After a challenging six years, Wong is now a proud Bachelor of Aerospace Engineering graduate.

He plans to focus on his training for the upcoming SEA Games and subsequently, work as an engineer.

“Time management was my biggest challenge but I learned that we cannot force something to happen and push too hard.

“I am going to miss UPM a lot,” he said. Wong won gold at the 2017 Southeast Asian Games in the 10-metre air pistol event and silver in the 50-metre pistol event.

National diver Cheong Jun Hoong smiled as she held her Bachelor of Communications scroll in her hand.

Relieved, the 29-year-old said it took her 10 years to complete her degree.

“It’s difficult to balance studies and sports, there was a lot of rushing between classes and training.

“Sometimes if I had a competition, I’d miss out on exams.

“But the challenge was worth it; UPM really supported me,” she said.

Wanting to try something different, she enrolled in UPM’s communication course.

“Of course I’ve had thoughts about quitting but my friends and family supported me throughout.

“I’m a last-minute student because studying too early may result in me forgetting my notes,” she said.

“These athletes have brought pride to our country and are role models to Malaysians, proving that hard work bears fruit and that Malaysians can compete at an international level.

“I would like to urge our graduates to strive to make their parents, family and nation proud,” he said.

“I would like to congratulate Tan Sri Tony Fernandes for his contribution to the community,” he said

Thanking UPM, Fernandes shared some tips for success with the graduates.

“I hope that sharing my experience will inspire and encourage graduates to be ready to equip themselves with knowledge and skills, to work hard in their careers and individual achievements and to lead future generations.

“I would like to express my appreciation to UPM for the honour,” he added. 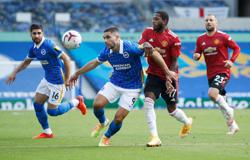