A lifetime to heal

Bullying can happen to anyone and anywhere. (Photo posed by models)

THERE has been much debate over which Hollywood actor played the role of Batman’s arch rival - The Joker - better.

Was it the late Heath Ledger’s performance in The Dark Knight, or Joaquin Phoenix’s portrayal of the iconic villain - the most famous villain in the DC Comic universe - in the recently released movie The Joker which depicts the origin of Batman’s arch rival.

Moving on to a more important point, it was apparent that one of the key themes the film carries is that society tends to vilify those who are deemed out of the norm.

Several times throughout the film, The Joker aka Arthur Fleck (before he became the villain) was severely bullied verbally and physically, by different people from various strata of society, which finally drove him over the edge.

This brings about the age old social problem - bullying - which has been discussed countless times.

Bullying happens to anyone, anywhere and anytime. It most likely happens in school, in the workplace, and a place one would least expect - home.

These were wise words by the late Robin Williams, whose suicide made global headlines in August 2018, that rang true to Lily*.

School was deemed as a “safehouse” for Lily*, who dreaded returning home to siblings who made her feel small and parents who condoned it. 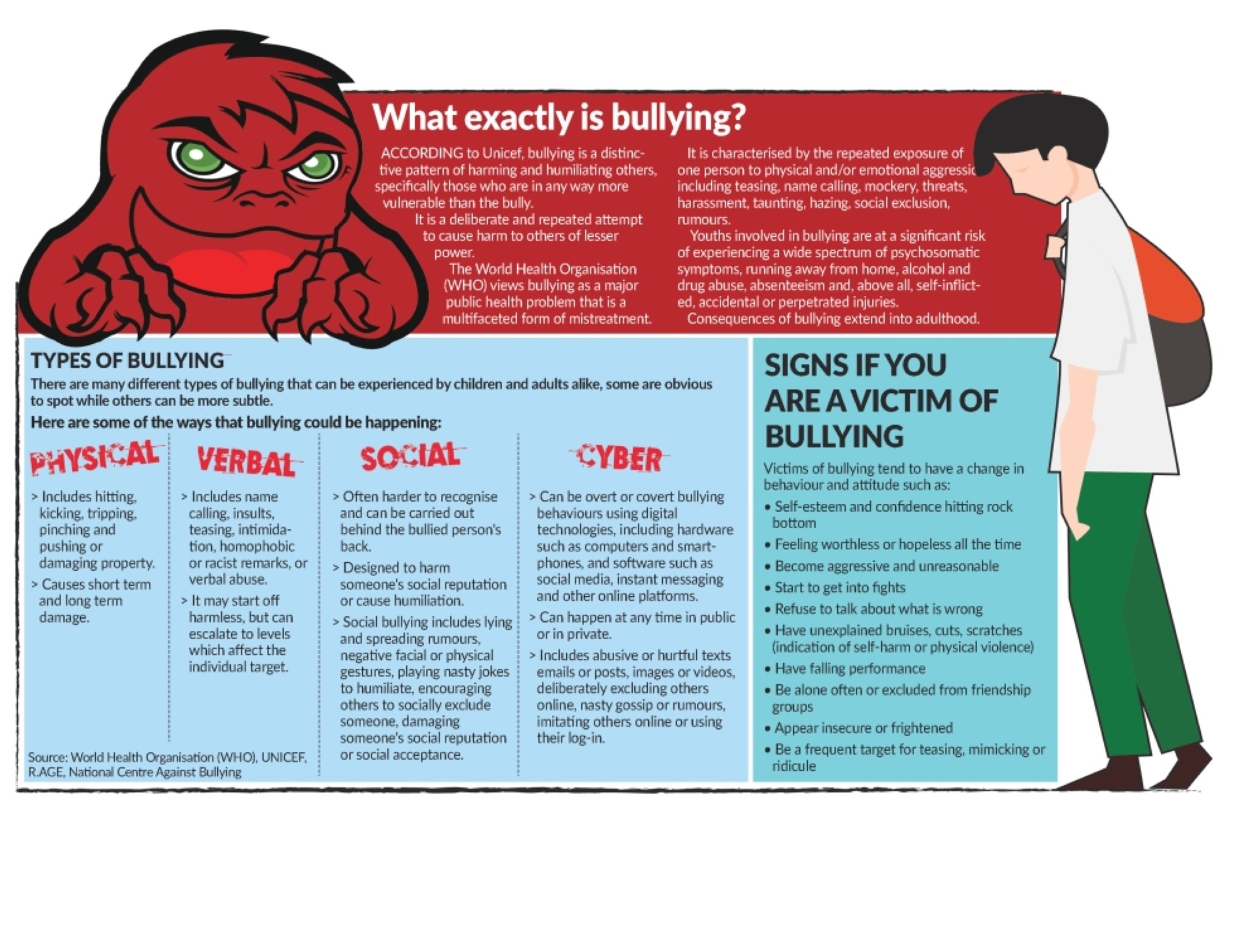 Lily always felt saner whenever she wasn’t around “so-called family”.

“Whenever I’m around them, it just feels like I can’t do anything right. They always manage to find something to pick on, from how I look, my dressing to the fact that I’m an introvert, or anything at all, ” she shares.

Lily, the youngest of three children, is quiet, sweet and caring in nature (her friends and teachers can attest to it), does not have disciplinary problems in school, has average grades and is an introvert.

However, her family - especially her father - often calls her the black sheep because of her “imperfect” grades (both her older siblings are straight A scorers and popular among their friends) and for being an introvert.

“My father picks on my looks since I am on the chubby side and often compares me to my older siblings.

She adds that her father often “joked” that she was adopted which is why she was “so different” from her siblings.

“I’ve been told that I should have been left in the trash which was where I was found and adopted from. It is really hurtful.”

Since an example has already been set by Lily’s father, her siblings followed suit. Her mother was “too busy” in her social life when she turned to her for help.

“Sometimes, I would hide in my wardrobe and cry. I’ve also tried self-harming because I think I am worthless, ” says Lily.

Finally, she broke down in front of her best friend’s mother who noticed something was amiss when the usually bubbly and chirpy lass became more withdrawn.

“I poured my heart out to my best friend and her mother whom I’m close to. I was glad that someone listened to me, but they can’t help me to confront my family, ” says Lily.

Referring to Lily’s case, Creativity at Heart co-founder and child therapist Priscilla Ho says it is a form of bullying and the saddest part is that it comes from family.

Noting that bullies are made, not born, Ho says the bullying or scapegoating behaviour usually starts from broken family dynamics.

“The main reason bullying happens at home, or anywhere is because of messed-up relationships in the family. “Parents may be arguing most of the time leading children to follow the same behaviour, ” she says.

Those who are bullied at home, she adds, may take the anger and frustration and project them towards their peers, which creates a vicious cycle of bullying.

She notes “scapegoats” are often chosen because they are compassionate; self-sacrificing; easily forgive and have a low ability to identify manipulation and abuse (emotional and physical).

Within a family, a scapegoat is usually a child that will be identified as the “black sheep” or “problem child”, she notes.

“No matter what a scapegoat does, he or she cannot win and always makes the wrong move as far as the scapegoater is concerned.

“In fact, the scapegoater seems to exhibit an ‘expectation of failure’ toward the chosen scapegoat, looking for flaws all the time, ” explains Ho.

At most times, she says the bully in the family, or the scapegoater, tends to be older siblings.

“Older siblings bully the younger siblings because they feel threatened by their presence, ” she explains.

Sharing Ho’s sentiment, Universiti Malaya (UM) Department of Psychological Medicine Assoc Prof Dr Muhammad Muhsin Ahmad Zahari says it is sad that Lily is brought up in such a family.

“Academic achievement can be a form of sibling rivalry. “However, for parents to keep comparing between children such as favouring another is unhealthy parenting.

“To make matters worse, hurtful comments is a form of bullying as it is teasing someone because of their looks, ” he notes.

Dr Muhsin explains that bullying at home happens when there are high levels of conflicts occurring. It also shows a lack of empathy in the relationships.

“Parents should demonstrate healthy ways to resolve conflict if it arises among children, ” he adds. Non-favouritism is an important quality in parenting skills.

“Being involved in bullying as a perpetrator or victim in school is also associated with bullying among siblings, ” he notes, adding that bullies are made, not born.

Dr Muhsin says is not easy for a child to recognise that s/he is being made a scapegoat or punching bag.

“However, this situation arises when members of the family project anger at the child. Usually, the child’s explanation is not been heard by the doer.

“This situation is clearer if it frequently and repetitively happens to one particular family member, ” he says.

He says bullying among family members, especially among siblings, stem from bad examples from parents.

“Parents must set a good example in terms of how they react and relate to each other.

“Children interpret what they see. Also, parents showing favouritism towards a certain child is not good because it contributes to bullying at home as it could cause the child who is neglected to resort to bullying to assert authority and control, ” Dr Andrew explains.

Tough road to recovery Dr Andrew says a victim of bullying may need a lifetime to heal if the bullying was severe.

“If left unchecked the bullied could suffer in adulthood, characterised by behaviour that is self-centred without empathy, not respecting social norms and the law, as well as having difficulty maintaining stable relationships, ” he notes.

Bullying, he adds, causes children to lose self confidence and self esteem.

“However, proper support systems can replace these with recognition of their positive qualities and self worth, ” he says.

Referring to Lily’s case, Dr Andrew says the first step to recover is to stand up and face the bullies.

“It is a difficult thing to do but the bullied needs to stand up to it, rather than be accepting (of being bullied). Tell the bully (in Lily’s case is family), you know what, I’m being bullied. This is unfair treatment.

“Politely and firmly voice it out, and be prepared to face the consequences. Don’t assume that people won’t see the light because they may not be aware of their own actions, ” he says.

As for being bullied in school, Dr Andrew suggests that teachers and parents must be closely involved in solving the matter without blaming the school.

“Bullies usually come from dysfunctional families so parental cooperation is not usually forthcoming. Any kind of psychological intervention to help the victim of school bullying must be centred around reclaiming control from the feelings of powerlessness and helplessness created by the bully.”

Noting that school teachers and friends have important roles in detecting if the child could be the victim of bullying, Dr Muhsin says the victims must not be afraid to speak out and seek help.

“Talk to trusted people such as extended family members like grandparents, uncle or aunty, and also teachers if you feel you have been bullied and are in distress.

“The confidants of the victims should take action such as calling the parents or informing the authorities if the safety of the child is at stake and cannot be guaranteed, ” he says.

Noting that bullying at home is a result of dysfunctional family, Dr Muhsin says therapy for the affected child and also to the whole family needs to be given.

“Follow up is very important to ensure the development especially of his or her emotions will be minimised from the impact of the bully.

“Risks of developing Depressive Disorder or Post Traumatic Stress Disorder should be detected at the earliest opportunity during the follow up, ” he suggests.

As for being bullied in school, he notes that the authorities such as school teachers and counsellors must listen to the child.

“This is important so that the child can feel that he or she has been heard and adults are taking it seriously, ” he says, adding that follow ups are needed to detect deterioration of mental condition in the child.

Meanwhile, Ho believes that telling a confidant can help the bullied overcome the problem one-step-at-a-time at home and in school.

“Depending on the age of a child, she or he can stop the bullying by telling someone trusted.

“Children must know their self-worth. An adult helping a child must teach to ‘tell and keep telling’ because bullying simply must be stopped, ” she says.

She adds that it is important for youngsters to treat themselves with dignity.

“Do not take responsibility for other people’s actions, behaviour, moods, or feelings.”

Ho says if worse comes to worse, children must record down dates of abuse by adults and report them to the respective authorities - especially if the cases involve physical and sexual abuse.

Look out for part two in StarEdu on Nov 3. 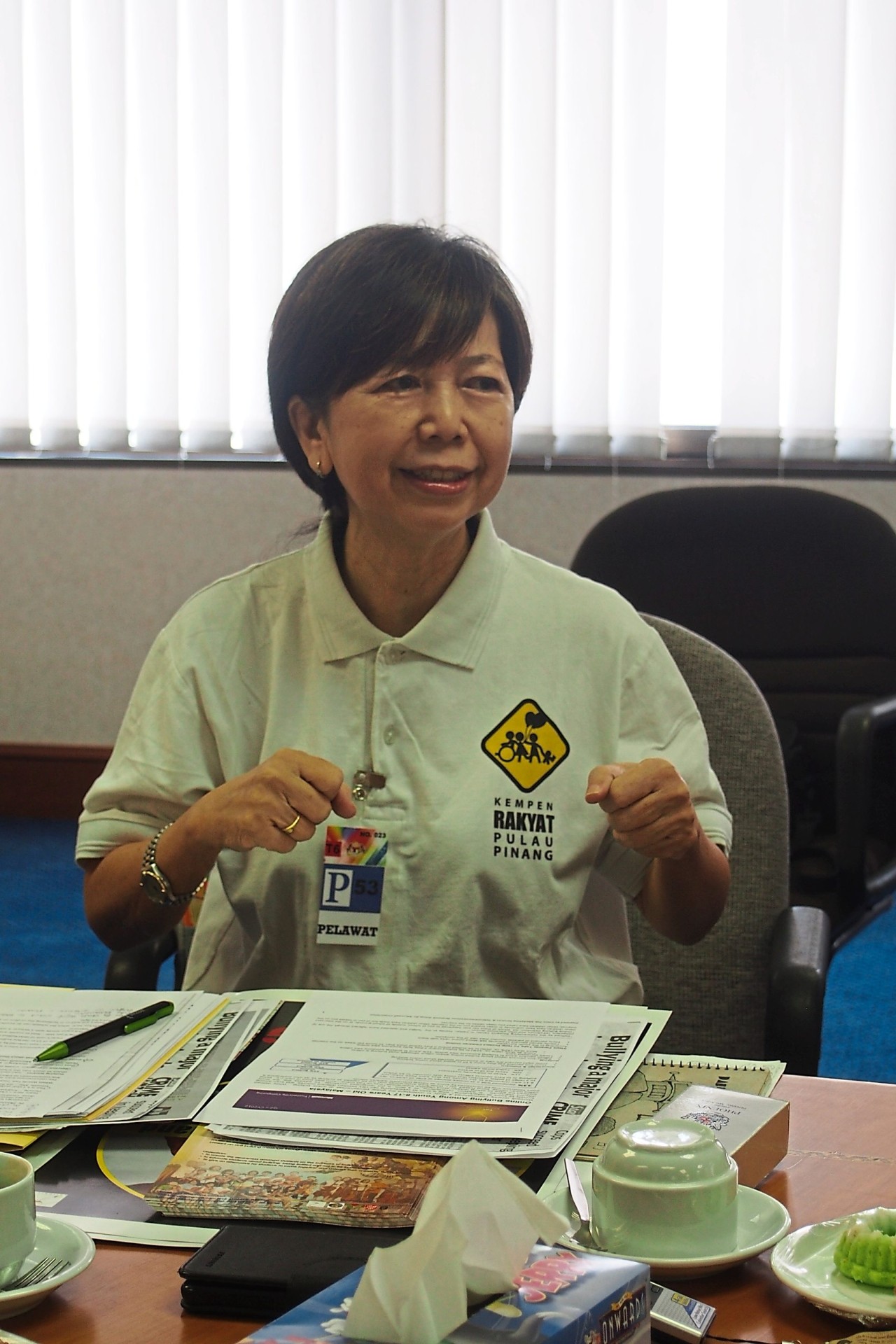 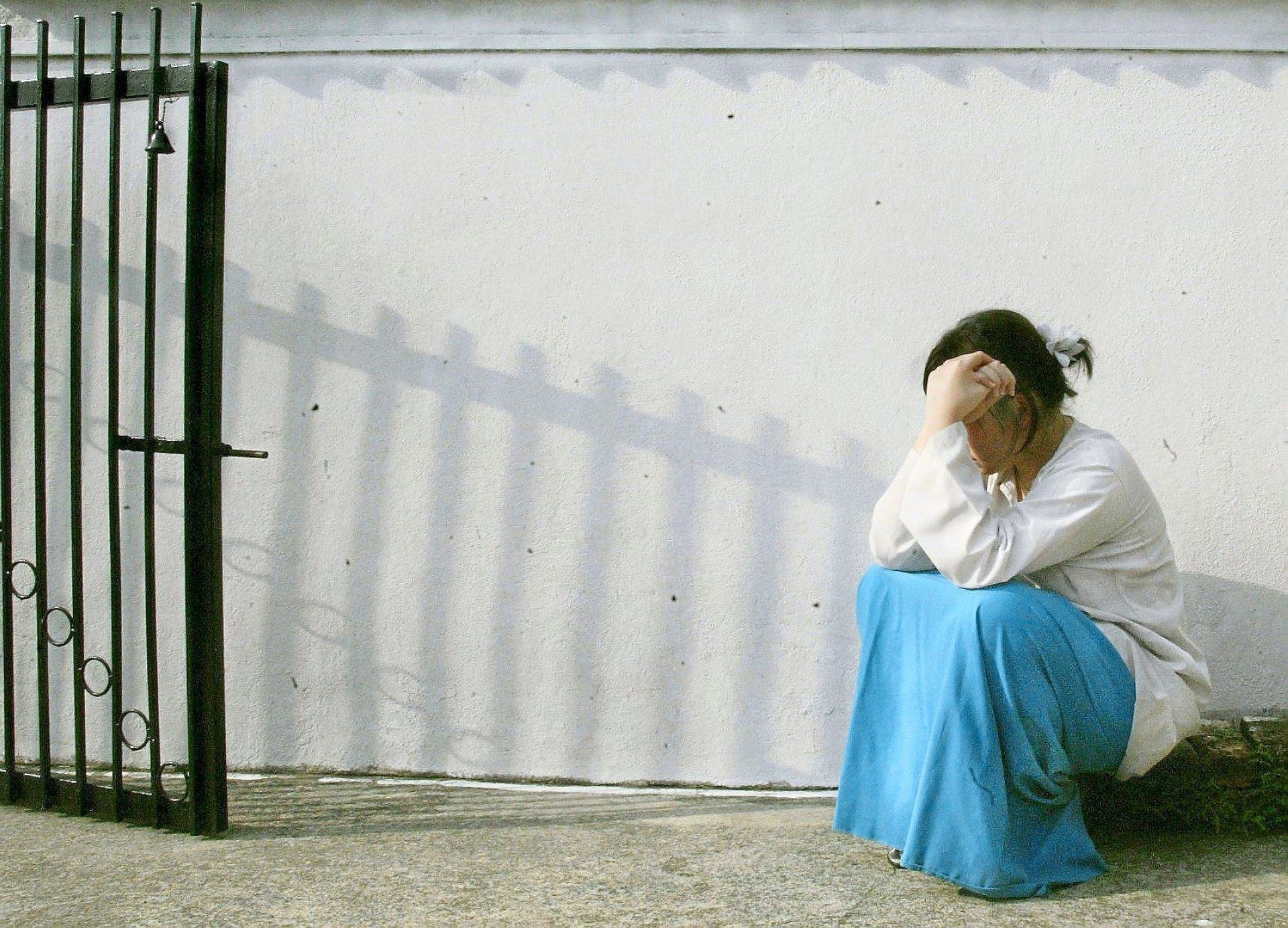 Bullying can happen to anyone and anywhere. (Photo posed by models)

Dr Muhsin says victims must not be afraid to speak out and seek help.

Ho says those who are bullied at home, may take the anger and frustration and project them on their peers, which creates a vicious cycle of bullying.

Dr Andrew says a victim of bullying may need a lifetime to heal if the bullying was severe.