IF you’re aged 15 and above, the Malaysian Examination Council wants to help identify your aptitude and competency.

Career Prospects, or Prospek Kerjaya (PK), is a new psychometric test the council is encouraging students to take.

Council chairman Prof Datuk Dr Zul Azhar Zahid Jamal said the test available on www.mpm.edu.my could help students choose the right career path as it allows them to get to know themselves better.

“The unique thing about this test is that it can suggest the appropriate field of study for the career that’s suited to you.

“It also lists the local and foreign institutes of higher learning that offer the relevant courses.”

He was speaking during the announcement of the Sijil Tinggi Persekolahan Malaysia (STPM) results in Seri Kembangan on Monday.

A total of 42,849 candidates - more than half of which were girls- sat for the exam nationwide.

Compared to 2017, the overall performance of candidates was better, said Prof Zul Azhar who is Universiti Malaysia Perlis vice-chancellor.

This was followed by Bahasa Melayu with 4,585 candidates getting the top grade. The third highest number of As were in History with 1,941 scorers.

He said the STPM’s standard is recognised by Cambridge Assessment International Education, a non-profit organisation from the United Kingdom.

“We collaborate closely with Cambridge Assessment to ensure that our exam is on par with its globally-recognised GCE Advanced Level certification.

“The council also makes sure that the STPM and the Malaysian University English Test (MUET) is run according to the internationally recognised ISO quality management standard.

“MUET has also been aligned to the Common European Framework of Reference (CEFR) so the standard is the same as English language proficiency tests conducted in other countries,” he said.

He added that the council plans to enhance its collaboration with the United States’ International Association for Educational Assessment (IAEA). Singapore Jobs Council to create jobs and training on an unprecedented scale: minister 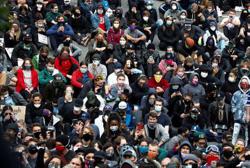 Chinese test to be held on April 25