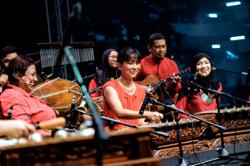 A traditional dance unique only to the noble courts, is now seeing a revival and participation from teens.

THE stage lights up as strains of the gamelan reverberate around the hall. The audience is immediately transported to a Malay royal court of a bygone era.

The percussion instruments – metallophone, xylophone, drums and gong – are brought to life by youth garbed in traditional Malay attire, while a group of girls dressed as ladies-in-waiting and clutching paper fans in their hands move gracefully to the rhythm of the music.

Put together by PKKTB and Pusaka, a non-profit organisation that supports the continuity of traditional Malaysian performing arts, the show, titled Gema Gemalai - Joget Gamelan Togok clearly enthralled the audience, many of whom were watching the dance form for the first time.

The dancers, musicians and those involved in the show are all smiles as they pose for the camera. - Bernama

The performers were all students aged between 13 and 15.

Nowadays, she said, gamelan music was relegated to serving as the background music at official functions or as an accompaniment to dance presentations.

Farizan said the recent collaboration by Pusaka and PKKTB in staging the joget gamelan dance marked a revival of this artistic tradition that had been almost forgotten with the passage of time.

“We want to keep this artform alive and introduced it to the younger generation,” she said. after the joget gamelan showcase at PKKTB.

According to Farizan, the traditional dance had its origins at the royal court of the Riau-Lingga Sultanate in Riau, located in the central eastern coastal region of Sumatra, during the 17th century.

Historical accounts state that the dance was introduced to Pahang in 1811 when it was performed at a palace in Pekan, to mark the marriage of a member of the Riau-Lingga royal family to a local princess.

This particular dance form, subsequently, reached Terengganu when a marriage involving members of the royal families from the two states took place. However, joget gamelan was largely forgotten after the Second World War in the 1940s probably because of the loss of royal patronage and interest.

Farizan said it was renowned historian and researcher on Malay culture, the late Tan Sri Mubin Sheppard, who initiated the revival of joget gamelan after he came across a set of gamelan instruments that was kept at Istana Kolam in Terengganu.

She said the Malay gamelan dance and music used to be very popular in the 19th century and early part of the 20th century due to the graceful dance movements, melodious music, beautiful costumes and the dance drama’s captivating storyline.

Dancers not only enthralled the audience with their gentle hand movements but their colour coordinated outfits with matching fans and headgear. - Bernama

“Gamelan music and dance are an interpretation of the noble values of life and it has become the pride of the Malay race as it can be elevated to the same level as the artforms of other communities from all over the world,” she said.

Farizan, who has been teaching the joget gamelan dance for 16 years, was among the 10 instructors who trained the young troupe that performed at the recent show. She said to prepare the students for the performance, a six-month training programme was initiated by PKKTB and Pusaka in June last year for 32 students from SM Sultan Sulaiman and SM Tengku Bariah in Terengganu and 20 underprivileged students from three orphanages, namely Rumah Safiyyah, Rumah Solehah and OrphanCARE Foundation.

“What better way to pass on knowledge of this heritage dance form to the younger generation than by training students,” said Farizan.

She said that the recent showcase was their maiden public performance.

She said underprivileged children were the target group for the joget gamelan project as activities involving the performing arts helped boost their self-confidence and enabled them to tap their artistic talent.

“We want to keep them away from the streets and let them use dance as a creative outlet and, at the same time, keep this traditional artform alive.”

Many of the youngsters who participated in the training programme initially baulked at the prospect of performing in public but once the training was over, they were raring to go, she added. – Bernama 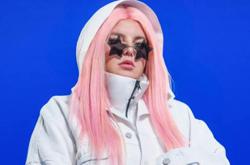 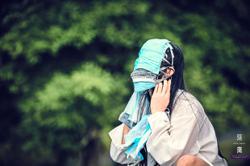