Class in progress: Adult orang asli learners are beginning to use social media sites to inform and promote the communitys unique beliefs, traditions and other cultural aspects. - Bernama

There is a pressing need for the nation’s disadvantaged minority to be digitally literate and informed, only then can they move forward.

WHILE illiteracy is a term usually referring to those who cannot read and write, it now extends to those with no knowledge on matters related to information communication technology (ICT) as well.

In today’s “smart” era, there are still people who are ignorant and remain largely unaffected by changes that are taking place when it comes to the use of computers, laptops, digital cameras, video cameras, digital mobile phones, GPS (global positioning systems) and the Internet on their own.

ICT has changed people's lives for good. It now allows them access to social, economic, educational and cultural elements at their fingertips.

Despite various efforts to promote ICT education in Malaysia, the groups within the orang asli community appear to be lagging behind in all things related to ICT.

The lack or absence of ICT literacy has to a large extent prevented the community from introducing their ethnicity to the world outside through social media including Facebook, Instagram and Twitter.

As ICT takes over the traditional form of socialising, the younger generation is becoming increasingly exposed to gathering information online through sources such as Facebook.

A recent study by the Department of Social and Development Sciences under Universiti Putra Malaysia's (UPM) Faculty of Human Ecology found that ethnic minorities in the Peninsular utilised ICT to a lesser extent in their daily lives.

The two-year research funded by UPM began in 2012.

He said the government needed to carry out more efforts to increase ICT usage among target groups, especially in extending wider Internet coverage.

"Not many people are interested in conducting research on ICT among minority groups. The purpose of this study is to focus on ethnic minorities and how they use ICT to promote and preserve their ethnic culture and identity," he said.

There are differing views on the growth of ICT today, with some saying it may become an agent that erodes cultural values that in turn, complicates the efforts in establishing a true ethnic identity.

However, the same study found that ICT can also be used to preserve the identity and culture of such minorities especially in building their ethnic character.

Out of the total, 74% said they owned a computer, laptop or tablet while 26% did not because of financial constraints.

However, 98% of the respondents owned a mobile phone, which indicated a higher use of this communication device compared with computers, laptops or tablets, Dr Sarjit Singh added.

“The orang asli have not been able to use ICT due to the low Internet accessibility in their remote settlements compared to other ethnic minorities.

“They not only need to be given equal opportunities in terms of facilities like broadband, but they also need to be educated on ICT before being able to provide information about themselves and in preserving their identity and culture,” added Dr Sarjit Singh.

The study also found that the orang asli was receptive towards improving their lot in life and development, especially in ICT.

But poverty, limited education and the lack of ICT facilities in their rural villages had rendered many of them ICT illiterate.

The study on the orang asli village on Pulau Carey in Selangor, revealed that those in the community especially its youth had shown a genuine interest in ICT. They spent a good chunk of their free time in cyber cafes to seek information and entertainment through ICT.

He said “they (orang asli) needed infrastructure and ‘infostructure’. The Education Ministry needs to ensure that schools with orang asli children must be equipped with ICT facilities as it is integral in realising the nation’s digital aspirations.

Dr Sarjit Singh, who is also the National Professors Council National Unity Cluster secretary, said the research in general, showed that ethnic minorities were of the view that ICT played an important role in sustaining their cultural identity.

They also found it easy, he said to adapt to ICT innovations to bring their culture forward.

These minority groups need the help of various parties, especially the government to improve ICT facilities for them. By doing so, they get to enjoy, experience and progress with technology, said Dr Sarjit Singh who plans to extend his research to the indigenous communities in Sabah and Sarawak.

Meanwhile, Gerai Orang Asli (Gerai OA), an NGO that has been involved in volunteer work to help the orang asli since 2004, admitted that limited infrastructure has caused the community to trail behind in ICT usage.

The poor Internet connection in remote areas was another factor.

Internet centres in these communities also had limited facilities, although the Village Development and Security Committee (JKKK) in Kampung Sg Judah, Pulau Carey, had an active ICT centre, he said.

“Not all villages have Internet service as the bills and maintenance costs might prove to be too much for those running the centres. In the end, those seeking the service may have to resort to their individual data plan.

“Those who are ICT literate use social media more. Many of them have mobile phones that allow them to access social media applications such as Whatsapp, WeChat and Facebook,” he added.

“As for issues pertaining to the community especially those regarding their beliefs and traditions, they can be highlighted through Facebook as was recently done by the Centre for Orang Asli Concerns (COAC).”

The Indigenous Peoples Network of Malaysia (JOAS) created an open page for the public while the Peninsular Malaysia Orang Asli Villages Network (JKOASM) created a closed group on Facebook, he said.

“There are even open and closed groups on Facebook that use either Bahasa Malaysia or the native dialects of the ethnic groups to exchange views, photos and videos,” he said.

He said those in Gerai OA were more focused in documenting and reviving Orang Asli handicrafts. Proceeds from the sales are then returned to the handicraft makers.

While progress may be slow, there seems to be a greater interest from NGOs and groups within the community to make the orang asli more ICT-savvy in the years to come. – Bernama 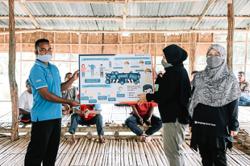 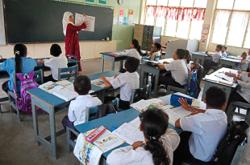 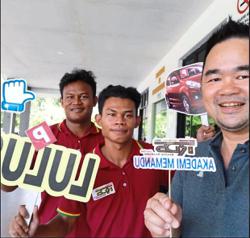