The people who ‘run’ the world

Art of creating software: Teng taught himself to code and went on to found multiple tech-related companies.

In a world that runs on technology, programmers are high in demand.

WHAT is the first thing you did this morning? You probably looked at your phone and checked to see if you had any messages on WhatsApp. Then perhaps you scrolled through Facebook while sipping on your morning coffee.

These activities have become so ubiquitous that we might not even realise that behind the status updates and the message notifications, there are computers. And that behind these computers are the people who create software. These people are programmers.

“In our world today, computers pretty much run everything. From managing our net worth, to our safety during daily commutes.

“If the computers of the world start to fail, every cent we have saved up can literally be wiped out and it will even halt our ability to call our loved ones,” said NEXT Academy founder Josh Teng, 27. 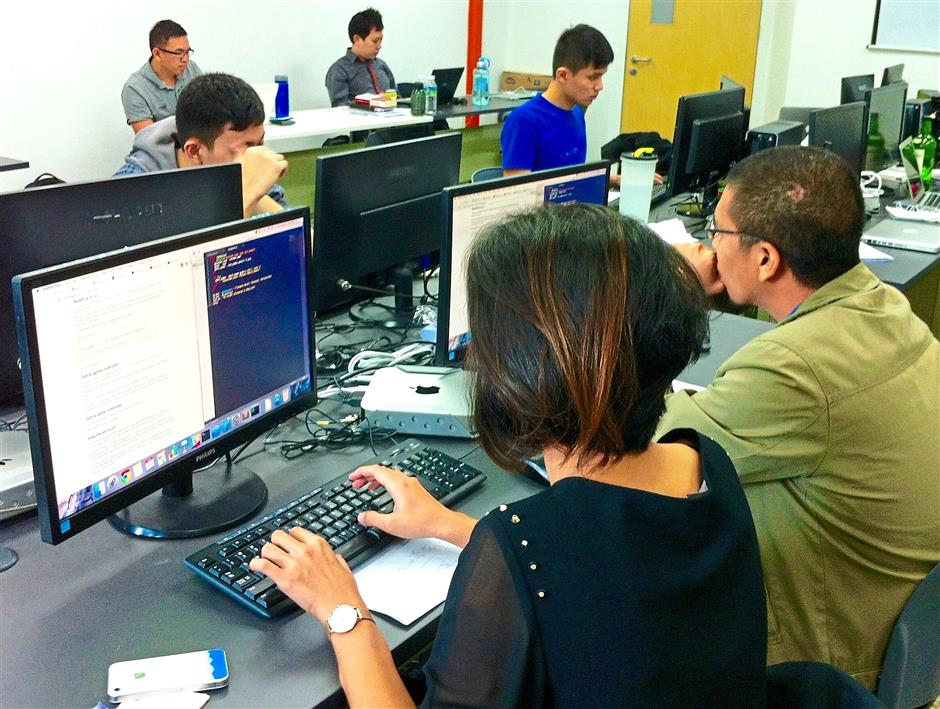 We often think of programmers as spectacle-wearing, fashion unsavvy and people-averse. When we imagine them, we see them hunched over computers typing green illegible characters on a black screen.

This is the wrong notion, said Teng.

“While black screens and green characters are somewhat true, programmers are the ones who shape the world as we know today,” he said.

“Programming is about creating. If you can programme, you can create. You can ingeniously solve annoying mundane problems that can easily be automated. You can create self-driving cars or create an empire by making games that involve a certain bird flying around avoiding obstacles.

“With where our world is headed, computers will be everywhere. Even your car already has computers,” he said, explaining that a car’s Anti-Brake Lock system (ABS) is actually powered by software that manages sensors fitted into the car.

“Computers are just dumb hardware put together. It is software that makes computers do what we want them to do,” he added.

“This act of creating software is called programming. Soon, you may no longer need to clean the house or wash the dishes because an intelligent robot will probably be pleased to serve you,” said Teng.

The tool of the future

It has been said that the tech industry is “desperate to hire more computer programmers”. Serial entrepreneur and investor Hadi Partovi, in his talk at a TEDx event, said that this is not the case.

“Every industry is looking to hire more computer programmers.

“There is no greater opportunity than to change the world through technology. It affects every field,” he said.

He added that technology was not just about computers or smartphones or tablets. In fact, technology is now utilised in medicine, energy, space research and even entertainment.

In schools today, students learn about electrical circuits in Life Skills (Kemahiran Hidup). They learn about plants and how the human body works. 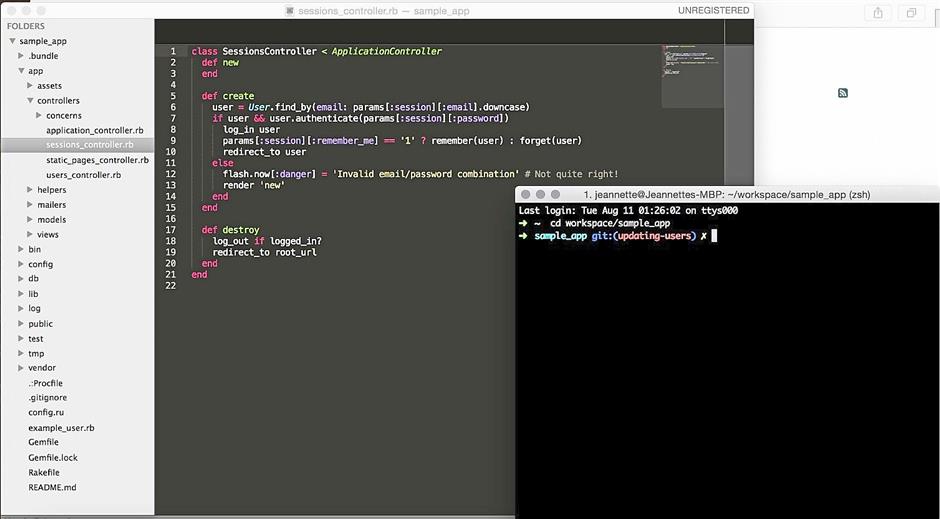 Not complicated: One of the ways that humans can communicate with computers and tell them what to do is by writing lines of code. It looks complicated but once you pick it up, it’s just like reading a book.

Partovi said that learning these things were important not because students would grow up to become biologists or electricians, but because they are supposed to “learn how the world around [them] works”. He argued that in a world driven by technology, children should be learning computer science.

“Computer science is not just about building technology. It’s about logic, problem solving and creativity,” he said in his talk.

“In this day and age, it’s not just vocational. Computer science is foundational for any job you want to have,” said Partovi.

NEXT Academy’s Teng is of a similar mindset.

“Many jobs will require coding or programming abilities. I’ve seen so many people in non-IT roles benefitting from being able to code,” said Teng.

“I once met a shopkeeper who wrote a simple software that helped her to ensure that her doors were locked during her lunch hour!

“Almost all job roles can benefit from programming. The beauty is when non-tech experts understand enough programming and technology that new businesses or innovation can be created,” he said.

“Most technologies are built to solve problems in other industries,” he said, citing GrabTaxi as an example.

Founded in Malaysia, the company has expanded regionally and went on to become a billion-dollar company in less than four years of operation.

“They are not a tech company per se but they used technology to solve a problem in the transportation industry,” said Teng.

“If we want to be effective as individuals, as communities, as countries, programming is the next hot skill to have regardless of one’s decision to become a lawyer, accountant or banker.

“Programming is the tool of the future,” said Teng.

This is the first in a series of monthly articles on programming. Jeannette Goon is a writer and coder at NEXT Academy.

NEXT Academy helps its students develop coding, marketing, design and data science skills that are usable at their places of work or in individual endeavours. Find out more at www.nextacademy.com 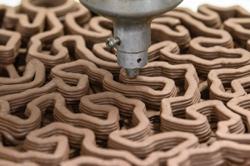