Home is where the job is 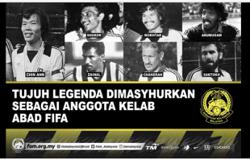 Catch of the day: Yen Aun with a 16kg yellowfin tuna during a fishing trip near Kangaroo Island earlier this year.

A Malaysian student finds his yin and yang on an island off the coast of South Australia.

WORKING as an assistant manager of the luxury tourist lodge on South Australia’s Kangaroo Island and spending free time camping and fishing sounds like a dream – but not for Leow Yen Aun.

It’s been a meteoric rise up the career ladder for Yen Aun, who graduated from the International College of Hotel Management (ICHM) in Adelaide, South Australia more than two years ago.

In a short time, he has worked his way up from room attendant to the lodge’s assistant manager.

His stunning island workplace is a complete departure from the crowds and traffic jams of Kuala Lumpur where Yen Aun spent 19 years before coming to Adelaide in 2009.

Harbouring dreams of being in the hospitality sector, his first chance came when he pursued a Diploma in Hotel Management at YTL-ICHM in Kuala Lumpur, after which he opted for a degree programme at its sister school in Adelaide.

“ICHM is the only Swiss Hotel Association school in the Southern Hemisphere,” he says.

Founded in 1882, the Swiss Hotel Association is the world’s oldest and most respected body in the industry. Yen Aun has been keen to experience this European heritage in hospitality and says that ICHM gave him the chance to do so. Upon completing his course, Yen Aun looked for work opportunities in remote South Australia as a way to stay on and continue with the lifestyle he had grown to love.

He was about to sign a contract for another job when a friend told him about Southern Ocean Lodge — his destiny was then sealed.

“I looked at the lodge’s website and was totally impressed and sent in my resume for any position available. I started off at as a room attendant,” he shares.

It did not take the management long to notice his hard work and perseverance and soon he was made the lodge supervisor, working closely with reception and the restaurant. Again it was his positive atitude that earned him his current role of assistant manager.

On his days off, he gets to enjoy all that this South Australian tourism destination has to offer.

“Kangaroo Island is amazing! This is a little gem of South Australia.

I am a very outgoing person and I love outdoor activities.

“During my days off, I make it a point to head out for some outdoor fun like camping, fishing or just to the beach and chill out.

“I’ve been living on the island for the last two-and-a-half years now, everything has been wonderful for me and I am still loving it,” he shares.

“I am so proud to tell everyone how much I love Adelaide. Its a ‘friendly’ city and everything’s contained in a square. It has all the things you need.

“The city is well organised, clean and the people are unbelievable! Wifi service is available almost throughout the entire city, which gives students free access to Internet,” he says.

Yen Aun says that the cost of living in Adelaide is the lowest among other cities, adding that everything is more affordable, therefore lessening the burden of students.

For more information on studying in Adelaide go to www.studyadelaide.com, and to find out about courses at the International College of Hotel Management go to www.ichm.edu.au Education Ministry seeking more volunteers for PPVs at education institutions
DON'T MISS IT
Hoping for a better future
Social etiquette: A must even online
THE RISE OF ROBOTS
Deaf UM student earns PhD
UMK LAB TO IGNITE INNOVATION
Waiting to be doctors
My first year as a medical student
UPSR scrapped: What now, parents ask