All dressed up while telling a tale

STORTYELLING is an important way to promote articulation, self-expression, confidence and memory power.

“The most amazing element in storytelling is that it stimulates their imagination and expands their understanding of the world around them,” said Smart Reader Worldwide group executive director Datin Sri Datuk Dr K. H. Wang at the Smart Reader Worldwide Tri-lingual Story-telling Competition 2014 held recently.

The competition comprised three categories — Bahasa Malaysia, English and Mandarin - that brought together 34 children between the ages of five and six.

The young competitors were dressed in elaborate and colourful costumes with intricately designed props, all set to amaze the judges and audience with their storytelling skills. 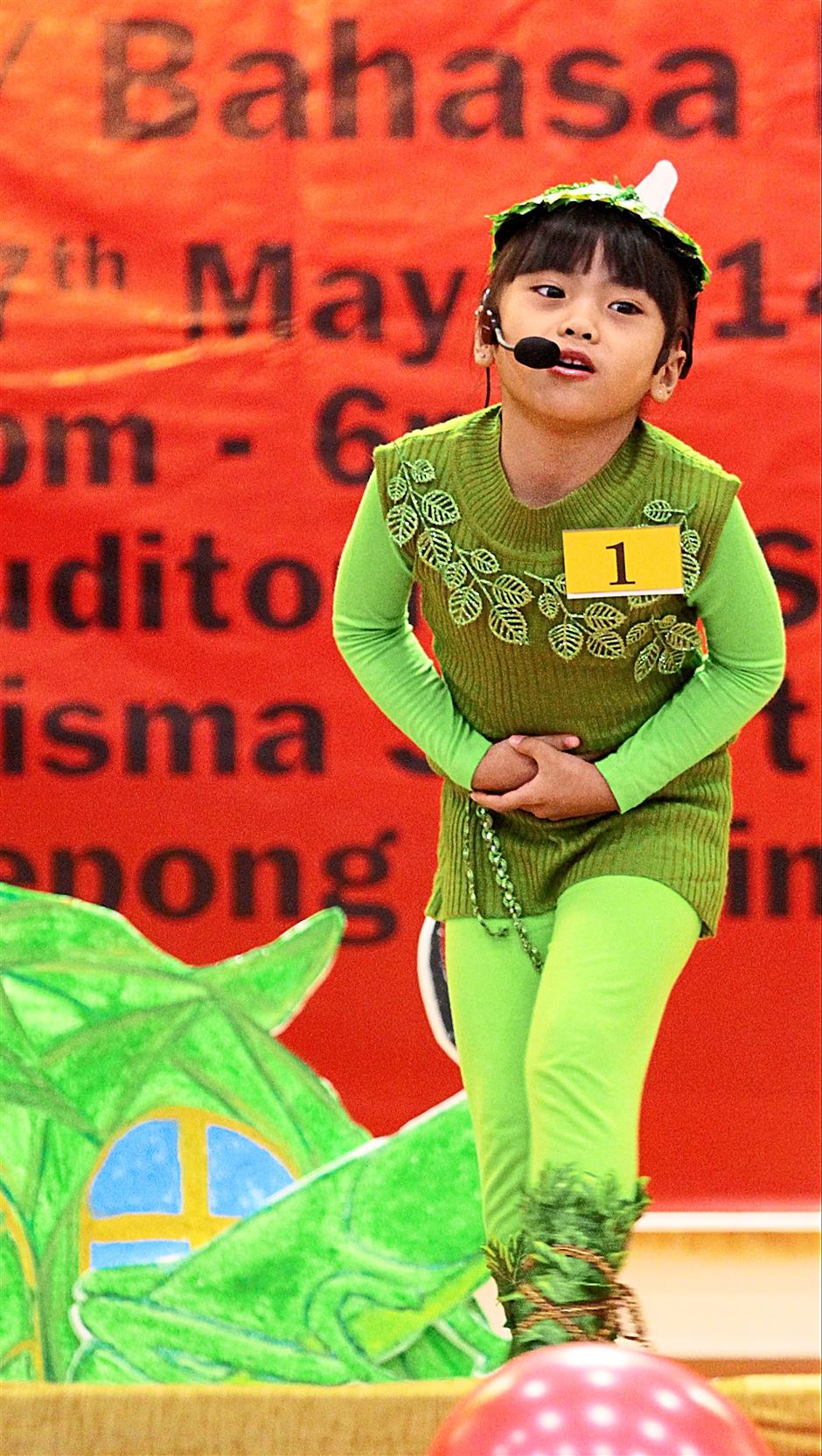 Nur Auni Qaisara Azhar telling the tale of the lazy grasshopper at the competition.

Their stories ranged widely from highly imaginative to inspirational and more.

With guidance from their teachers and support from their parents, these talented children were able to keep the crowd entertained and amazed with their storytelling abilities.

In fact, some delivered stories that were not in their native tongue!

In the Bahasa Malaysia category, Karyssa Lyra Faizal took home the first prize while Nurish Dania Shahrizan was in second place and Arianna Faiz was third.

Ng Yee Rau was placed first in the Mandarin category followed by How Yen Ling in second and Tan Qi Wei in third.