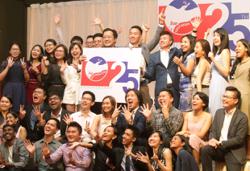 The Star Education Fund celebrates two decades of commitment to the education cause with a night of festivities that brought both past and present scholarship recipients together.

Just months after being crowned champion of the Twisties Superstarz X 2013 challenge, her two-fold blessing included a scholarship award to pursue a career in advertising.

It was made possible by the Star Education Fund that annually awards students with full scholarships to further their studies.

Taking up the scholarship for a Diploma in Advertising at IACT College, Joey said this will help fulfil her ultimate goal.

“I love singing covers of songs in an acoustic style and I will continue to develop myself as a singer.

“Besides singing, I enjoy expressing myself through advertising in all its different forms.

“From there, my end goal is to create campaigns for animal rights and against animal abuse, perhaps working with organisations like People for the Ethical Treatment of Animals.

“I believe that animals need us to be their voices because they cannot speak up,” she said at the Star Education Fund’s 20th anniversary celebrations and presentation of scholarships ceremony last Saturday.

“I started working part-time as a proofreader in Form Three. Since then, I have worked during all my school holidays as a market surveyor, a product promoter for several companies, and even as a waiter in several restaurants,” he said.

When Rabhindran applied to the Star Education Fund, his father had just retired from the civil service.

“This scholarship for an Association of Chartered Certified Accountants (ACCA) qualification at KDU University College means a lot to us.

“The qualification will help me to start my own business one day and it will be one that will improve society as a whole,” he said, thanking The Star and KDU University College for the scholarship.

Oom Yin who is studying business at Sunway University, said her brother encouraged her to apply for the scholarship.

“I was working as a part-time fashion retail assistant and juggling my assignments at the same time.

“After my application was successful, it took a month to make the hard decision of stopping work so that I could concentrate on my studies as I had grown close to my colleagues,” she said.

Yin, who believes education is the right of every child, is also proficient in sign language and volunteers at YMCA Kuala Lumpur to teach hearing-impaired children.

Of aspirations and thanks

Biotechnology student Wong Xin Yi is grateful to the fund for its contribution towards her studies.

“My studies would not have been possible without the Star Education Fund,” said the University of Nottingham Malaysia Campus (UNMC) student.

Although Huda Noor Hakim is pursuing a degree in analytical economics at Multimedia University (MMU), her dream is to someday become a columnist on economic issues at The Star newspaper.

“I hope to make my parents proud,” she said.

“I hope to make her proud by studying hard,” said Divaasini, adding that she hoped to study medicine in the future.

Fellow MCKL scholarship recipient Yvonne Tan Yi Wen expressed her thanks for the scholarship to study her A-Levels.

“Coming from a family where my mother is a single parent, we are thankful as this relieves us of a heavy financial burden,” she said.

When he was a secondary school student, Ho Chang Hong realised that his nervousness while studying for the Sijil Tinggi Persekolahan Malaysia examination would make him repeat certain actions.

He would check his exam questions over and over again, and repeatedly wash his hands to calm himself.

After researching his repetitive behaviour, Chang Hong discovered the world of clinical psychology and the need for expertise in the area.

Now, he is taking a step towards that world as he was presented with a scholarship to study psychology at Sunway University.

In 1994, only 17 students were awarded scholarships and this number was increased to 39 the following year.

Since then, the number of students vying for scholarship awards has been overwhelming.

The Star’s deputy group chief editor II Leanne Goh thanked both the private and foreign institutions of higher education for their continued support.

“This year, 157 scholarships valued at close to RM7mil in total have been awarded.

“I wish to express our heartfelt gratitude to the 27 partners-in-education for 2013; and all of whom have been with us for a long time,” she said.

Goh also thanked UCSI University for being a loyal partner of the fund since it was set up.

UCSI University founder Datuk Peter Ng said the overwhelming applications the institution receives each year is a testament of the success of its joint effort with The Star.

“It was an easy decision back in the day to work with The Star as both organisations are committed to enhancing access to higher education,” he said when asked on UCSI University’s long relationship with the Star Education Fund.

Ng was overseas and could not attend the anniversary celebrations.

The Star Education Fund’s first manager Ng Kok Wah who held the position for 12 years, said it was satisfying to see the fund grow from strength to strength.

“The fund was a small operation back then. It was set up with the mission of helping deserving students.

Kok Wah said it was a good experience to catch up with many familiar faces.

“Seeing some of the alumni here who shared their experiences is very encouraging.

“I believe this culture will only grow stronger as the years go by, and it will become a good networking arena for them too,” he added. 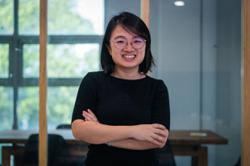