Shorokhov’s company is based in Germany.

Shorokhov, the founder of Alexander Shorokhoff Watches, was in Kuala Lumpur recently for the launch of two new timepieces designed by his company.

The company is based in Germany, but the watches are highly influenced by Shorokhov’s Russian heritage.

Established over 20 years ago, the company’s watches have been distributed in Malaysia by Red Army Watches since 2008. 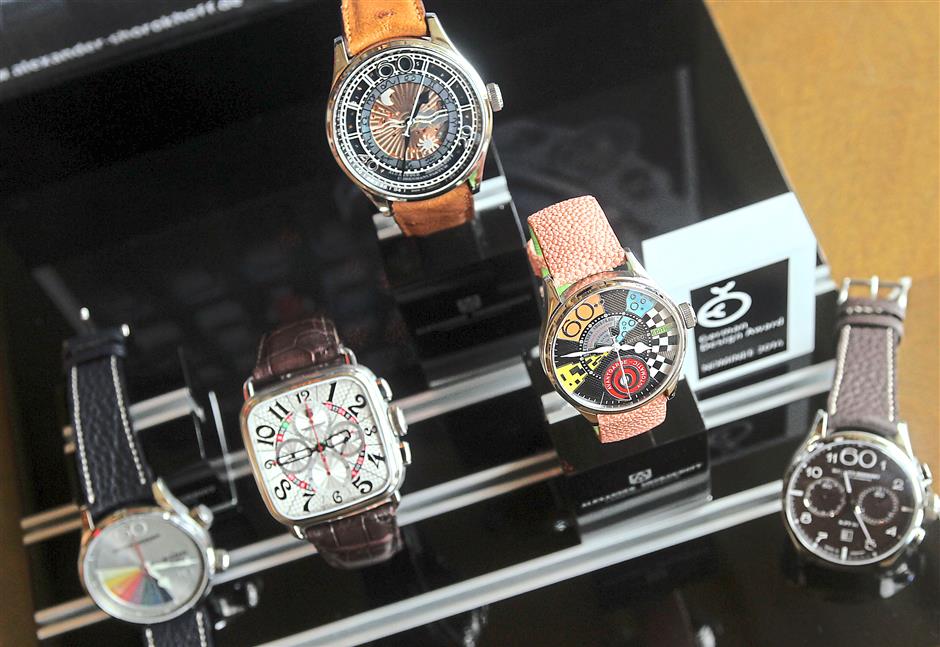 Shorokhoff says he prides himself on the uniqueness of his company’s watches.

“The new Fedor Dostoevsky Chronograph is from the Heritage line. It is inspired by Dostoevsky’s work and the era in which he lived. The second, the Glocker, is from the Avantgarde line, so it has a more contemporary feel,” he said during the launch of the new watches.

Both timepieces are proof of his fastidious attention to detail in design and craftsmanship, for he is nothing if not a master of his craft.

One need only examine the thin backs of the watches and their intricate engravings to be awed by their classic beauty.

Shorokhov points out that what distinguishes his watches is their uniqueness. In fact, he used the word numerous times to describe the Alexander Shorokhoff brand. The Fedor Dostoevsky Chronograph from the Heritage line retails for RM36,100.

“My objective is to make unique designs. My design concept is to create art on the wrist,” he explained, adding that the concept was one of the company’s mottos.

He derives inspiration from his rich Russian cultural heritage, citing the greats of Russian authors such as Tolstoy and Dostoevsky as influences.

The watchmaker also incorporates the shapes and forms of Russian abstract art in his watch designs.

“I am so obsessed with watches that I even design them in my sleep,” he says of his passion for timepieces. The Glocker from the Avantgarde line retails for RM10,100.

The earnest Shorokhov helms a small team of 15, preferring to run a tight ship.

He says he is proud to have a one-on-one relationship with all his employees and it is this personal touch that is at the core of his business philosophy.

“My aim is to be a watch brand that offers unique, recognisable designs. I want to create a niche in the market and build on it.

“My philosophy is not so much expansion as uniqueness,” he added.

It is this singular approach to the watchmaking business that defines the Alexander Shorokhoff brand and the man himself.