HISTORY has literally been dug up at the confluence of the two rivers that inspired the name of Malaysia’s capital Kuala Lumpur.

A staircase adjoining Masjid Jamek, long forgotten in the face of modernisation and development, has been unearthed after works for the River of Life project in the area commenced.

At a glance, it seems a disconnected structure but further digging showed there was more to it than it seems.

Malaysian Institute of Architects (PAM) heritage conservation committee member and architect Mariana Isa said the staircase was part of the original mosque design from more than a hundred years ago.

“In all early photographs and drawings of the mosque, designed by Federated Malay States’ Public Works Department assistant architect A.B. Hubback, the staircase is featured quite prominently. The mosque was officially opened by Sultan of Selangor Sultan Alauddin Sulaiman Shah in 1909,” she said.

The site had originally been a Malay cemetery that was relocated to Jalan Ampang in order to build the mosque.

The mosque was built to cater to the growing population as well as to replace a nearby mosque that was demolished to make way for a road widening project.

A perspective painting of the mosque that had been in the possession of Hubback’s grandson Dr Peter Barbor showed that the steps were imagined to be a place of human activity as well as a landing spot for sampans, an important mode of transport in the past.

“It would not be impossible to believe that people would also perform their ablutions at the steps with the river water.’’

“It was not until other land transportation such as the train system began developing that the steps slowly started to disappear,” she said, adding that the mosque was built using funds collected among the Malays, the Sultan as well as the British government.

In photos as early as the late 1930s, the river bank had been shored up and the lower half of the steps concealed under the soil. 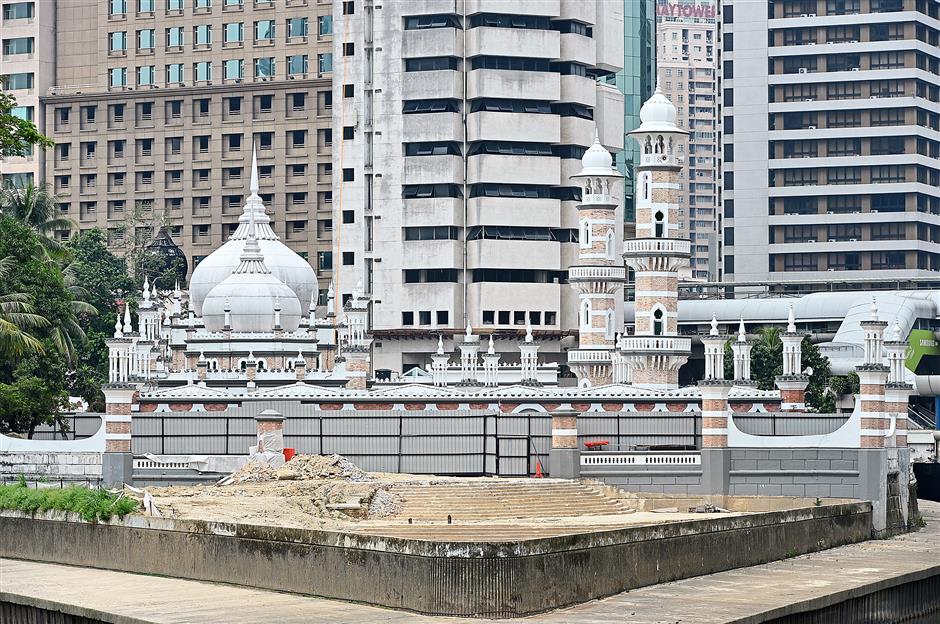 The perimeter walls, originally designed to directly touch the water, was also half hidden behind a bank of soil.

“It was around the time when the LRT was being built that the concrete river bank was built and with it the steps all but disappeared except a few at the very top,” said Mariana, who is also a committee member of the recently established Malaysia branch of non-governmental organisation International Council on Monuments and Sites.

Mariana also said that the spot, a confluence between Sungai Gombak and Sungai Klang, had an earlier historical importance as the place the first settlers landed.

DBKL Project Implementation and Maintenance deputy director-general Datuk Mohd Najib Mohd said they were excited with the discovery of the staircase.

“It was unexpected and the plan has shifted a little to include it as part of the River of Life (RoL) rejuvenation plans in the area. This area already has quite a nostalgic air but this staircase can increase this value and also connect us to the city’s past,” he said.

“The Malaysian Historical Society has been asked to help us study the steps. It is about 80% intact while the rest seems to have been damaged during a river deepening project many years ago.

“We are looking into putting some kind of protective coating over the staircase to maintain it. Meanwhile, the contractors doing work near the staircase are not allowed to use machinery and are instead digging manually,” he said. 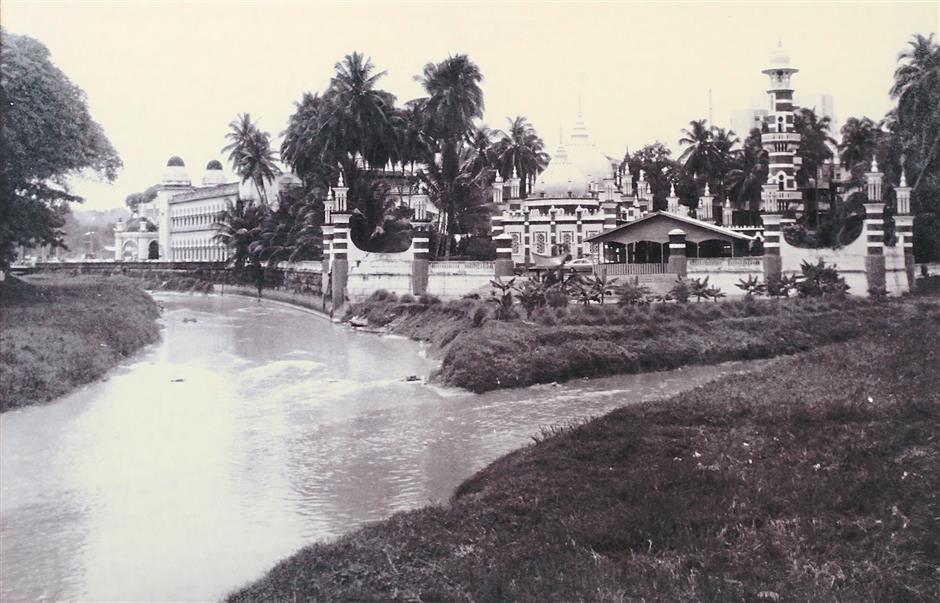 Moghul architecture: Masjid Jamek, Kuala Lumpur’s oldest mosque at the confluence of the Klang and Gombak rivers. It was built in 1907 and officially opened by the Sultan of Selangor on Dec  23, 1909.

Mariana said Masjid Jamek belonged to the people and nothing from the original design should be removed to retain its full historical value.

“Not even a single pillar should be removed. I had been upset when some of the coconut trees that had been growing in the mosque’s compound were removed.

“Coconut trees had been growing there even during the time the place was a cemetery. This place is like a time capsule that should be preserved as a whole,” she said, adding that it was the little things that made the place unique.”

“The mosque had been the identifying icon of Kuala Lumpur in the times before skyscrapers came about in the city.”

“It was replicated to represent Malaya during the British Empire Exhibition back in 1924. It even made it into an international architecture publication,” she said, adding that the site should belong to the people.