Volunteers put the shine back at Sungai Liam waterfall surroundings

SEEING a huge difference in the surroundings of Sungai Liam waterfall was a rewarding sight for Ng Siew Kum.

The 41-year-old was one of 80 volunteers from Carlsberg Malaysia to clean the area around the waterfall recently.

The day out was organised by J.C. Jacobsen Foundation, the charity outreach of Carlsberg Malaysia.

“The area was shabby when we arrived. There was rubbish everywhere.

“But when we saw the rubbish in garbage bags at the end of the day, it felt like we did our part,” she said.

The foundation, in partnership with two non-governmental organisations named Do Something Good and Pertubuhan Pencinta Air Terjun, has channelled RM15,000 raised during its inaugural fundraising dinner held on June 12, to conserve and restore the waterfall vicinity. 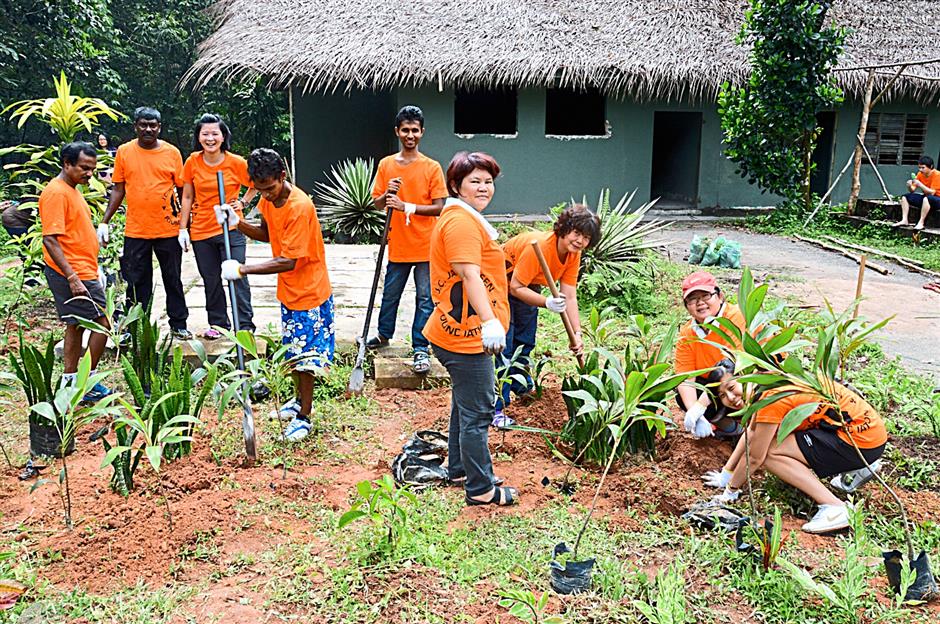 To improve the aesthetics of the waterfall area, volunteers of J.C. Jacobsen Foundation removed weeds and in their place, planted nursery plants.


The money was used to build a pavilion for visitors as well as plant additional greenery and provide rubbish bins to improve the aesthetics and cleanliness of the waterfall area.

The volunteers comprising employees, suppliers and NGO representatives were divided into teams to clean, replant and perform roof-weaving works.

Carlsberg Malaysia corporate communications and CSR director Pearl Lai said they chose to revitalise Sungai Liam waterfall as it has a potential for tourism.

“The public can easily park their cars and walk in to enjoy the waterfall. For some other waterfalls, a hike of some distance might be required,” she said.

She said the clean-up activity was also in conjunction with the 203rd birthday of Carlsberg founder J.C. Jacobsen, which falls on Sept 2.

She said Jacobsen was known for his strong philanthropic spirit and his belief in the importance of environment sustainability.

Lai also said that in support of the livelihood of the orang asli residing near the waterfall, the foundation engaged them in the refurbishment of the astaka and recruited them as rangers of the waterfall.

During the clean-up, the orang asli families prepared homecooked food such as tapioca in bamboo and sup gulai ayam semomok for the volunteers.