BUKIT Tagar sanitary landfill contractor and operator KUB-Berjaya Enviro Sdn Bhd has just signed a 30-year concession to continue running the RM250mil facility they are confident could meet Kuala Lumpur and Selangor’s municipal waste disposal needs for the next 65 years.

“Even if we were to consider the scenario where the population is projected to increase by 2% every year, we would still be able to last for 50 years,” its managing director Chock Eng Tah said, adding that the landfill’s total capacity was 120mil tonnes.

However, he expects more programmes and activities geared towards reducing waste, including recycling efforts, to be done to balance out the waste produced by the increased population.

At present, Bukit Tagar receives 2,500 tonnes of municipal solid waste daily from Kuala Lumpur and Selayang and if nothing changes, the facility will be able to last up to 130 years with the estimated population increase.

Chock also said a sanitary landfill was unlike the dumpsites that have been utilised in most parts of Malaysia over the years.

“We take pride in operating an award-winning landfill that achieves zero discharge.

“All the by-products of waste decomposition, such as harmful methane gas and toxic leachate, are carefully collected for energy production or treatment,” he said.

In fact, the final by-products produced at the landfill are 4MW of electricity and clear water that is free of ammonia and nitrite.

“Almost half of the collected gas cannot be utilised and has to be burned through flare stacks. 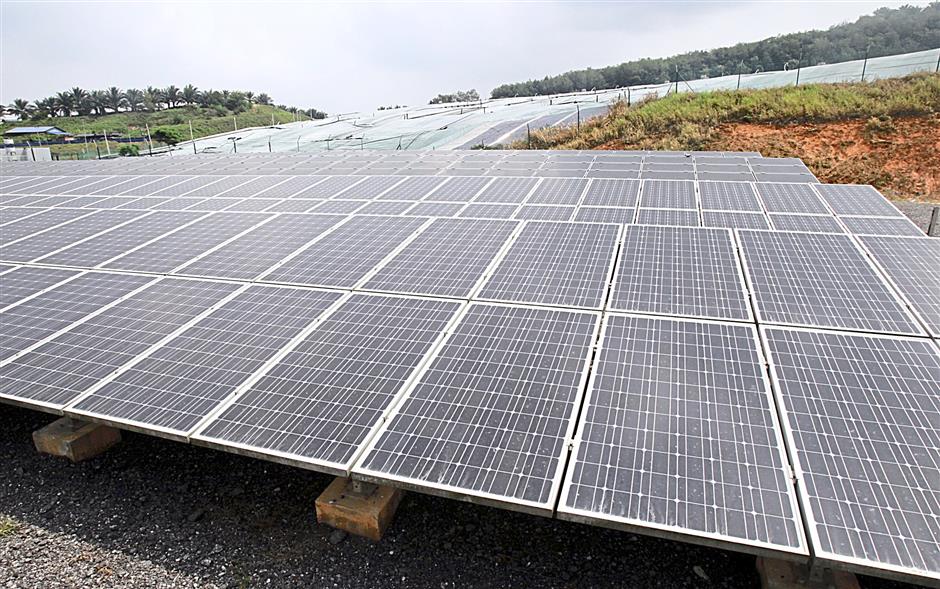 A photo showing flexible solar panels. Having plenty of land, it is possible to include solar energy generation in the area.

“We are currently in the process of applying to TNB to buy more electricity from us.

“If successful, we will purchase more engines and will be able to utilise the surplus gas we are already collecting,” Chock said.

He added that they were experimenting with a flexible solar panel that can be used on top of the cells.

“We have an abundance of land everywhere, which gives us the idea of doubling the landfill as a solar farm. 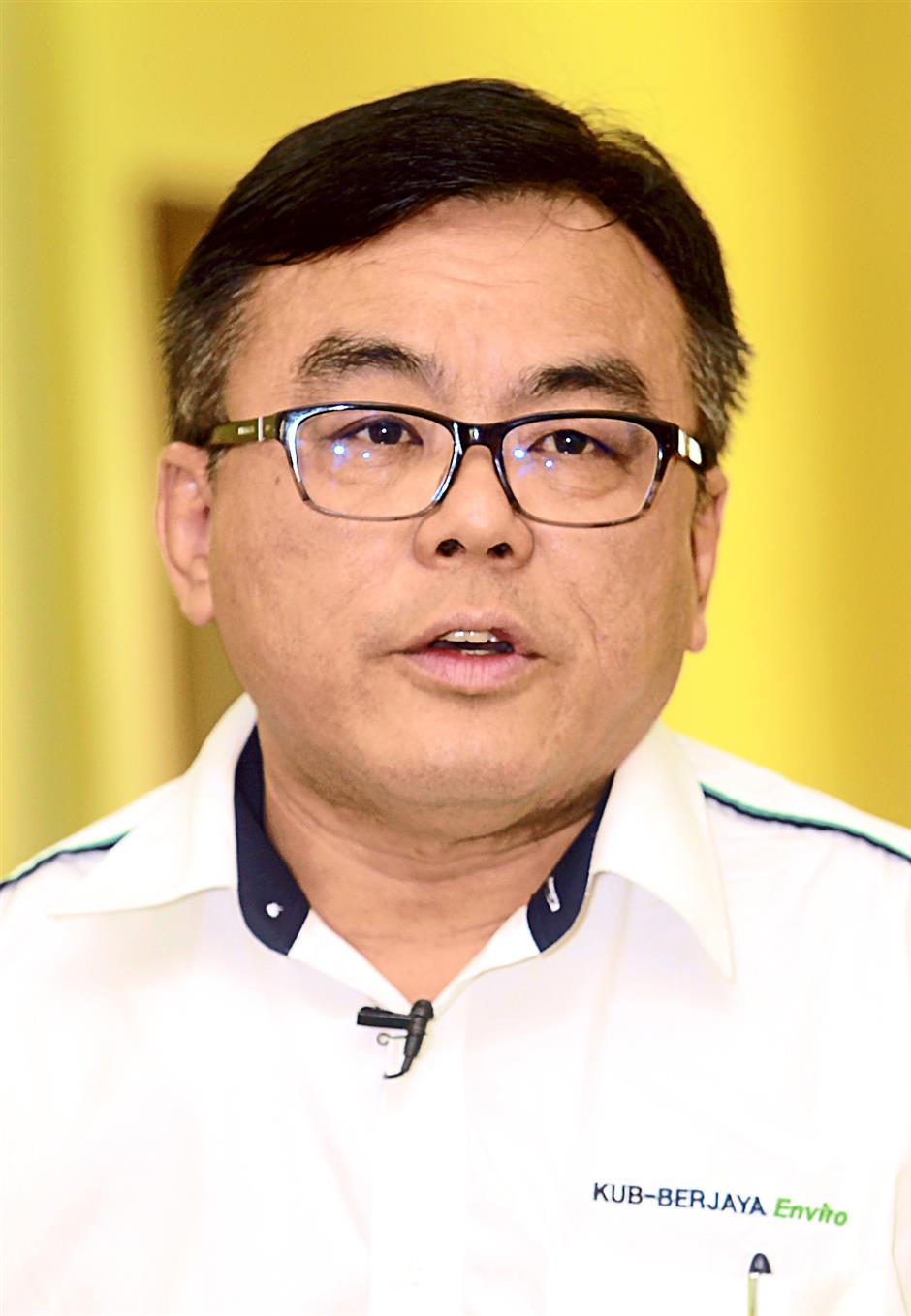 Chock says that the Bukit Tagar sanitary landfill is ready to play a bigger role in waste management for Kuala Lumpur and Selangor.

“However, this remains at an experimental stage as we study the most efficient and suitable technology to use here,” Chock said.

He also said that the water produced at the leachate treatment plant was dispersed through sprinklers in the landfill’s unused parts.

Bukit Tagar has an emergency containment bund for its leachate collection ponds and plant.

“We also have a separate system for storm water that is collected and then released into the river,” Chock added.

Another difference is the 242.8ha buffer land surrounding the landfill with a distance of some 500m from the landfill cells to the border of the 485.6ha land.

According to the Urban Wellbeing, Housing and Local Government Ministry website, the Department of Environment’s buffer zone requirements for Waste To Energy facilities is 350m, which may be reduced depending on the facility’s ability to contain any toxic material that can spread through air.

The website further states that today’s technology was able to contain toxic gases from spreading so countries such as Japan and Germany do not require buffer zones.

Standing at the edge of the operating cells at Bukit Tagar, one could barely smell anything, unless a strong gust of wind blows from the direction of the cell’s small opening where the rubbish is deposited.

The sanitary landfill also had one cell that had been permanently closed and it was possible to walk across it and not get a whiff of anything unpleasant, until one of the methane collection pipe valves is opened.

Chock said that Bukit Tagar, one of the largest and most advanced engineered sanitary landfills in South-East Asia, had been partially supported by the Government via funding of some RM160mil before the concession was signed.

“We have been in operation here for the last nine years.

“During that time, our tipping cost was only RM28.80 per tonne.

“The money we received from the Government was used to build the highway interchange, access road and fund part of the leachate treatment plant and opening of the first three landfill cells.

“In fact, this landfill area is gazetted for waste disposal purposes.

“In future, once the facility has reached the maximum capacity, it can be converted into a park or if still needed at that point, an incinerator can be built here, considering the land is already gazetted and there is a very generous buffer zone,” he said.

The cost per tonne to dump waste at Bukit Tagar was RM49, which was among the cheapeast for sanitary landfills around the world, including in locations such as Germany that charges between RM1,000 and RM1,400; Australia, RM214; and China, RM60 to RM75.

Chock said the Bukit Tagar sanitary landfill was capable of accepting all of Selangor’s trash as well as Kuala Lumpur’s at any time as it was merely a matter of hiring more workers to run the cells and bringing forward the opening of a new cell by a couple of years.

He added that three other sanitary landfills in Sungai Udang, Malacca; Rimba Mas, Perlis; and Teluk Mengkudu, Perak were being built under Berjaya Engineering and Construction Sdn Bhd though they were not appointed to operate them.