Shedding some light on pollution

LIGHT pollution is defined as the excessive use of lights, a situation which is especially prevalent in urban areas.

This and other facts will be revealed in a talk organised by the National Space Agency (Angkasa) in conjunction with “Earth Hour 2014” on Saturday.

“Our research is disrupted as we need total darkness. Artificial light affects our studies and researchers are often forced to go to different locations to get better data.

“Urban areas are abound with tall buildings, spotlights as well as streetlights that contribute to light pollution.

“It is almost impossible to see the Milky Way with the naked eye in the city. However, in some areas, such as Mount Kinabalu, it is easily visible without the need for a telescope or special equipment,” he said.

Jong highlighted the short and long-term effects of light pollution.

“For example, the pineal gland (a tiny endocrine gland situated in the centre of our brain) will secrete melatonin, which makes us sleepy.

“Melatonin levels will start to increase in the evening and will reach its maximum at midnight. When we sleep with the lights on, our body is unable to produce melatonin and our sleep will get disrupted,” he added.

Excessive brightness can also cause visual discomfort and decrease visibility.

“Proper lighting will reduce the probability of accidents as well as increase safety and security at night. Whether at home, in the office or on the road, effective and efficient lighting is essential,” he said.

Jong also recommended the use of LED lights or compact fluorescent light that save energy.

“During Earth Hour 2014, we will turn off the light for an hour to create awareness about light pollution and global warming.

“We are not encouraging people to live in darkness. We still need light, but it should be the right kind, and used properly,” he said.

Astronaut Datuk Dr Sheikh Muszaphar Shukor will also be present and talk about his experiences in space.

The talk will be held at the National Planetarium Kuala Lumpur on March 29 at 8pm. 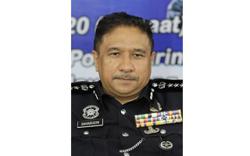