MOTORISTS may have to pay a RM8.50 toll when they use the second Penang bridge.

“The LLM wants it at RM8.50 but the Government has yet to decide the toll,” he said this during a media tour of the second link at Batu Kawan in Seberang Prai.

“The Bandar Cassia toll plaza has Plaza A and Plaza B. If you want to go to Batu Kawan, you take Plaza B.

“If you are going to Penang (island), then you take Plaza A.

“If you take the wrong toll plaza, then you will end up in Batu Maung. You then may have to pay RM8.50 before making a U-turn back to Batu Kawan,” he said yesterday. A view of the 28-booth integrated toll plaza in Bandar Cassia, Seberang Prai.

Dr Ismail added that the contractors were still finishing several minor defects along the second link.

“We were given three months to finish the defects or be fined RM1,000 per defect per day if we can’t meet the deadline.

“The minor defects will not affect the road users,” he said.

Dr Ismail said the speed limit on the bridge for cars would be 80km per hour while for motorcycles, it was 60km per hour.

“We also have 25 CCTV cameras from the Batu Kawan intersection to Batu Maung on the island.

“The cameras are placed about a kilometre apart from one another,” he said.

Dr Ismail said the public could use the bridge from 12.01am on Sunday.

“Certificates will be issued to the first 1,000 bridge users on that day at the second Batu Kawan toll plaza,” he said. 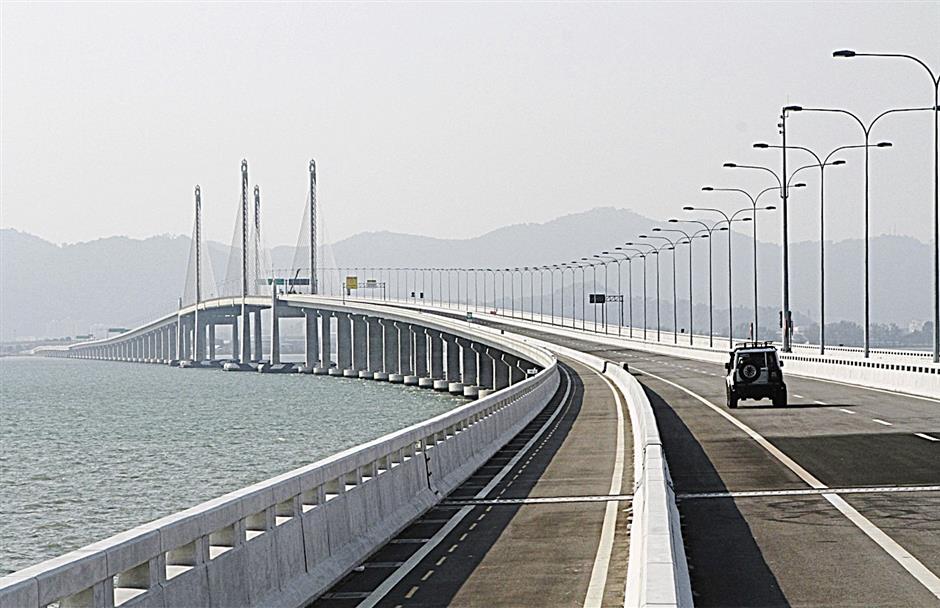 The public can use the bridge from 12.01am on Sunday.

Dr Ismail added that two R&Rs, one on each side of the road, would be built before the entrance to the second Penang bridge.

“We will call for tender in six months and the construction will be completed in three years.

“There will also be two petrol stations near each R&R,” he said, adding that each R&R would cost about RM30mil.