A long street of historical gems

HAD it not been for this column that sent me strolling down Jalan Tun H.S.Lee, I would not have realised the number of heritage gems that this street had within its embrace.

These heritage treasures are likely to have been featured in tourist guides or history books, but probably none has highlighted the fact that they are all found on the same street.

Another possible reason for this street’s underrated prominence is the popularity of the adjacent Jalan Petaling and Jalan Sultan overshadowing it.

Jalan Tun H.S. Lee is a long, long street that starts from Jalan Gereja, near Telekom Museum, all the way to Jalan Syed Putra near Wisma Tun Sambanthan in Brickfields.

Lee was born on Nov 19, 1900 in Hong Kong. Unlike other immigrants from China, his family in Zhenlong, Xinyi city in the Guangzhou province was a wealthy and prominent one.

His family business of Kum Lun Tai dealt with silk trade, remittance and mining, with offices in Hong Kong and Singapore.

Lee studied at Queen’s College in Hong Kong and completed Law and Economics at Cambridge University. He worked briefly in Hainan, China and with the P&O Bank in Hong Kong.

Lee came to Malaya to continue the family business, acquired a tin mine in Kepong and migrated here in 1924.

He was active in guilds and clan associations.

Born into wealth: Tun H.S. Lee, who hailed from a prominent family in Zhenlong, Xinyi city in Guangzhou, came to Malaya in 1924 to continue the family business.

He helped form the Kwantung (Guangdong) Association, Chinese Mining Association and the Chinese Chamber of Commerce. He also headed the Selangor China Relief Fund to help China, which was then under Japanese attack.

Lee was known for his association with China’s Kuomintang Party. During the war, Chiang Kai-shek appointed him a colonel in China. In that capacity, Lee liaised between the British and Chinese armies along the China-Burma border.

He had close ties with the British government and was active in the political arena before and after the country attained Independence.

After World War II, he was appointed to committees tasked with rebuilding the Malayan economy. He founded China Press in 1946 to counter the Communist influence of only local Chinese newspaper at that time.

In 1949, Lee helped form the Malayan Chinese Association (MCA) with the support of Chinese business groups and educationists. 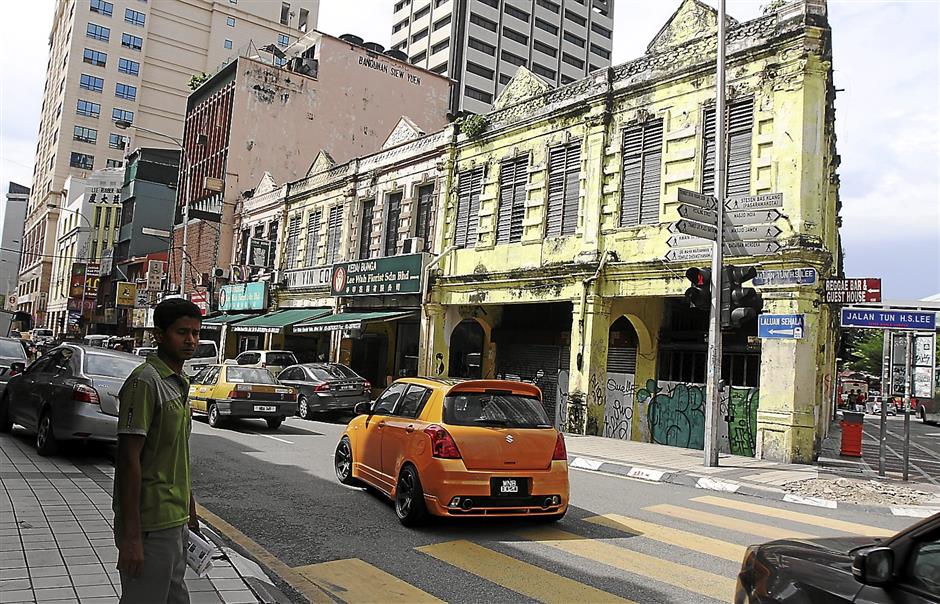 Test of time: There are some 200 old shophouses along Jalan Tun H.S. Lee, some are better preserved ones now sensitively occupied by cafes while others have been cast into abandonment.

In 1956, he was chosen to represent the Malayan Chinese in signing the Independence treaty in London, together with the Malay rulers. He was the Malaya Minister for Transport from 1955 to 1957, and the Finance Minister from 1957 to 1959.

Upon his retirement in 1959, Lee started the Development and Commercial Bank, which in 1984 became Malaysia’s fifth largest bank. He was also the Financial Chairman for Board of Commissioner of Currency Malaya from 1959 to 1961.

Two of his sons entered politics — Datuk Douglas Lee contested successfully in the 1952 KL elections and Tan Sri Alex Lee was briefly in MCA and later joined Gerakan and assumed several deputy ministerial posts between 1989 and 1995.

Jalan Tun H.S. Lee is home to about 200 shophouses, some are sensitively reused for cafes and guesthouses while others are gutted, sealed and left to rot.

Other must-visit historical buildings include the Sri Maha Mariamman Temple (built in 1873), Sin Sze Si Ya Temple (1864) and Guan Di Temple (1887) are all built along this street.

The Lee Lam Thye Wet Market is a uniquely preserved feature in the busy city area while the Rubber Trade Association building, Lee Rubber building and many more have beautiful architecture.

People also come here for affordable bouquets as it has been the hub of traditional florists for decades. The Bangkok Bank area where public buses converge is also in its midst but is now undergoing beautification as part of the KL Heritage Trail project.

A stroll along this street proves to be pleasant as many shops are still running old trades such as textile, sundry and Chinese medicine, allowing one to imagine how the area might look have looked during its heyday.

In fact, many of these businesses are still run by the same families that founded them, the unassuming Restoran Hong Ngek being one of them.

Although the restaurant is no longer the place for banquets as it used to, its specialties nevertheless still attract a steady flow of regulars and newcomers brought in by the new guesthouses nearby.

The current person-in-charge Madam Liew said the restaurant established by her father-in-law 70 years ago was among the oldest in the area.

Kwong Yik Seng always draws curious glances thanks to a shop filled with Chinese vases and figurines. The owner K.Y. Liew said the shop had been around for almost 80 years.

“We have been listed as one of KL’s 500 oldest shops,” Liew said with pride. 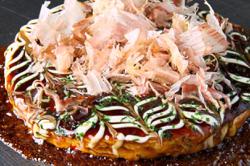