DR WU Lien Teh is certainly one of the most distinguished Penangites of all time. He was the first medical student of Chinese descent to study at the University of Cambridge and also the first Malaysian Chinese to be nominated for a Nobel Prize in Medicine.

The Penang Free School (PFS) student, who was born in Penang in 1879, must be the only Malaysian to ever be nominated for that prestigious award.

His father was an immigrant from China while his mother was a second-generation resident of Malaya.

His brilliance was already clear when he studied at the PFS, where he won the Queen’s Scholarship in Singapore at the age of 17, earning him a place at the Emmanuel College in Cambridge in 1896. 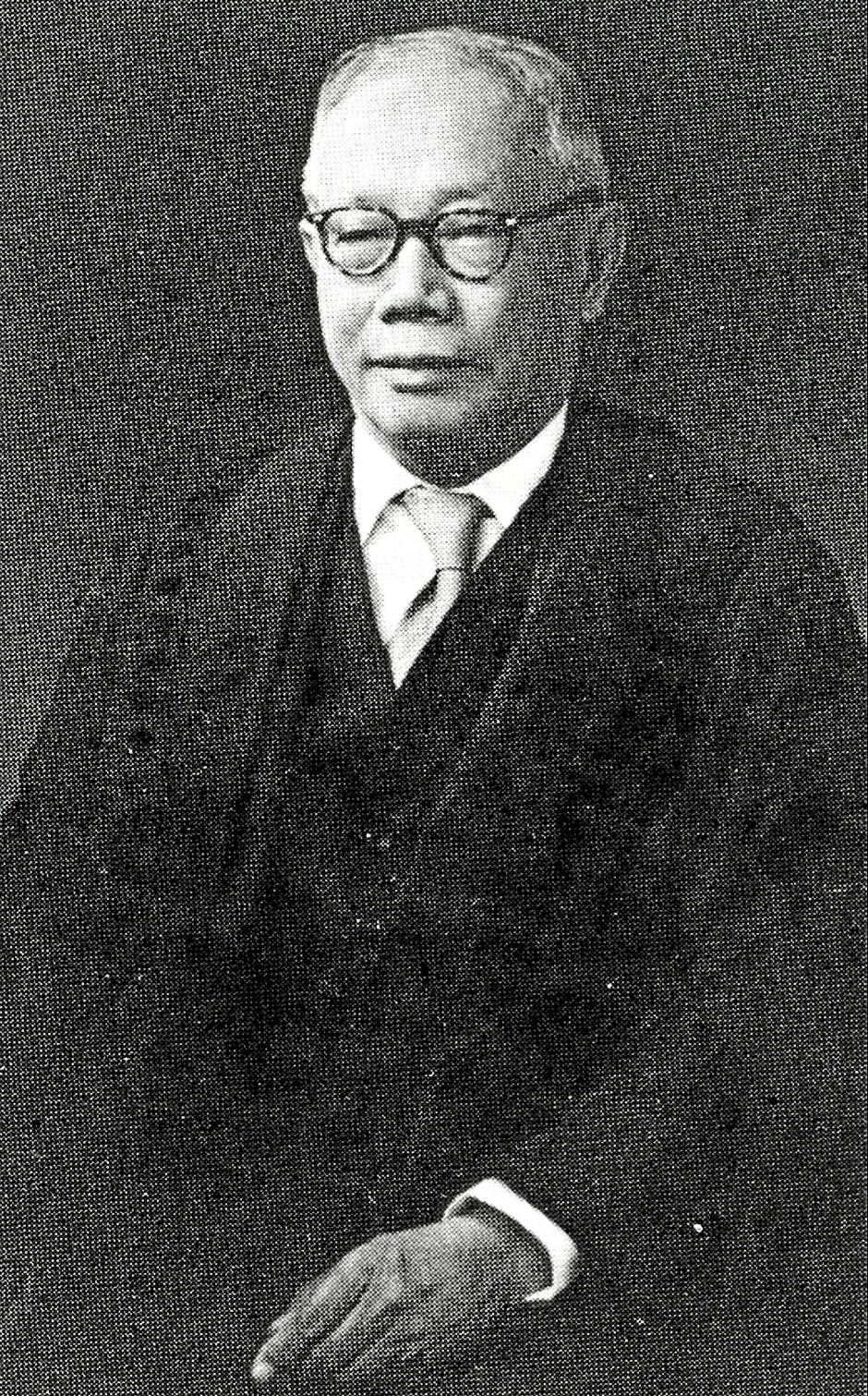 According to an article in the Penang Monthly by Koh King Kee, Dr Wu completed his medical degree two years ahead of requirement, and won all possible prizes and scholarships in a class of 135 students.

“He pursued a postgraduate study of malaria at the Liverpool School of Tropical Medicine, and bacteriology at the Hygiene Institute of Halle in Germany and the Institute Pasteur in Paris. He was the first student of Chinese decent to graduate with an MD from Cambridge University,” Koh wrote.

But after graduating, Dr Wu found that even his abilities worked against him in the colonial system. There was a two-tier medical system in the British colonies, where only British nationals could hold the highest position of fully qualified medical officers or specialists, according to reports.

But that did not deter him as he went on to become a scientist and an anti-opium advocate. He spent the first four years of his medical career at the Institute of Medical Research, researching beri-beri, which causes the body system to break down as a result of deficiency in Vitamin B. 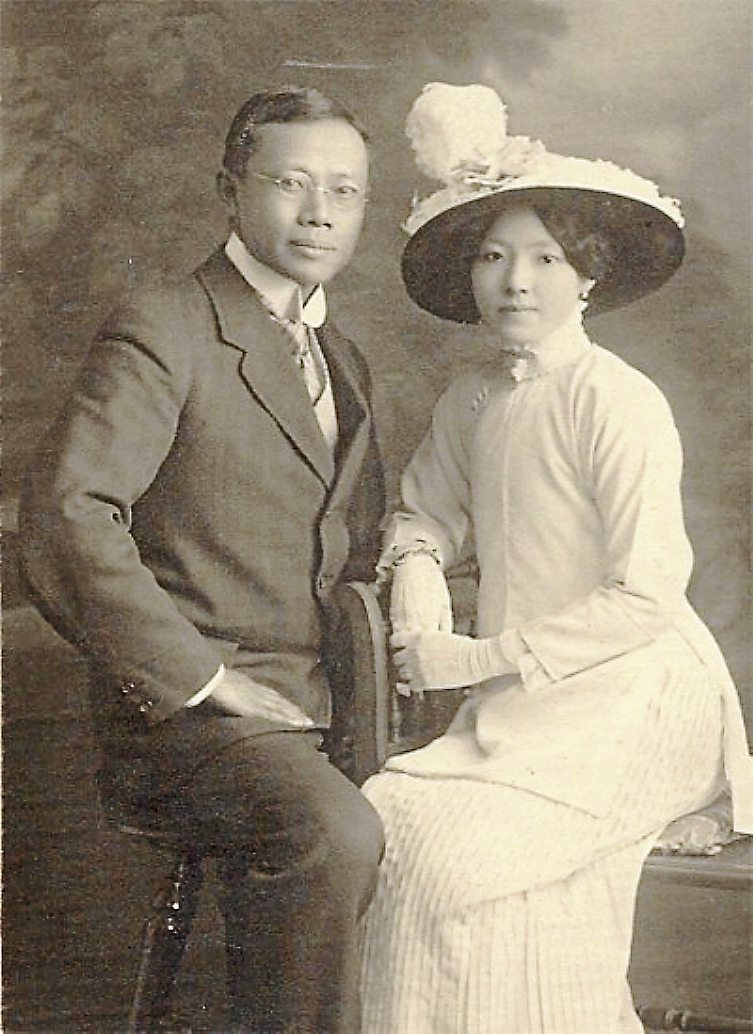 Dr Wu was also very vocal on social issues and founded the Anti-Opium Association in Penang, which pitted him against powerful forces – the British colonists who approved the distribution of opium and triad-linked Chinese tycoons.

He was soon framed by these connections, leading to a search and subsequent discovery of a mere one ounce of tincture of opium in his clinic, according to a posting in Wikipedia.

It was quickly regarded as illegal, although he was a fully qualified medical doctor who had used the drug to treat opium patients.

Dr Wu’s prosecution and appeal rejection attracted worldwide publicity, including an invitation from the Chinese Government in Peking to take up the post of Vice-Director of the Imperial Army medical College in Tianjin.

Left with little options, Dr Wu travelled to Harbin, on the instruction of the Foreign Office in Beijing, to investigate an unknown disease which killed over 60,000 people in north-eastern China, which turned out to be a bubonic outbreak.

He poured himself into the research work, bringing together scientists from the United States, Britain, France, Germany, Italy, Austria, the Netherlands, Russia and Mexico in a race against time to fight the disease.

Dr Wu was the first president of the China Medical Association (1916–1920), where he set up more than 20 hospitals, and directed the National Quarantine Service (1931–1937). To the Chinese, he was regarded as the father of modern medicine. 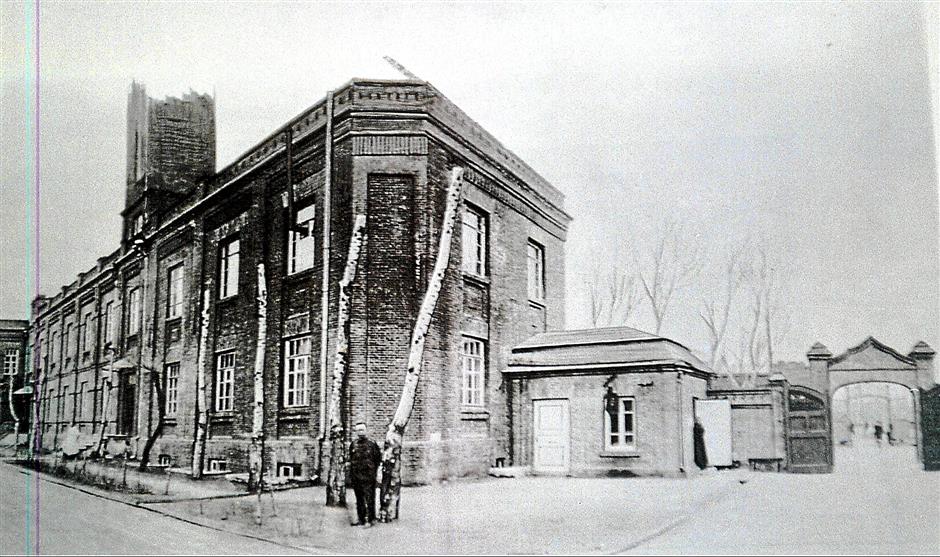 Research in China: Dr Wu travelled to China to investigate an unknown disease. This picture shows him (foreground) at the Harbin Hospital.

But his career as a scientist was cut short by the war in 1937 when the Japanese attacked China.

In fact, his villa in Shanghai was bombed by the Japanese.

He returned to Malaya where he opened a clinic in Ipoh at Brewster Road – which has been renamed Jalan Sultan Idris Shah.

His social work continued where he collected donations for the setting up of the Perak Library, now the Tun Razak Library, in Ipoh.

Koh wrote that despite keeping “a low-profile civilian life”, there were moments of drama in his life. During the Japanese occupation, Dr Wu was kidnapped by Communist guerillas and released only after a ransom of 7,000 dollars was paid.

“Two months later, it was the Japanese’s turn to arrest him on suspicion of supporting anti-Japanese forces. He was eventually cleared of the charge after a Japanese officer who was his patient testified to his innocence.”

He practised medicine until the age of 80 and like all Penangites, the state was his forever home.

He bought a house in Chor Sin Kheng Road in Air Itam, Penang, for his retirement and died on Jan 20, 1960, aged 81, after he suffered a stroke. 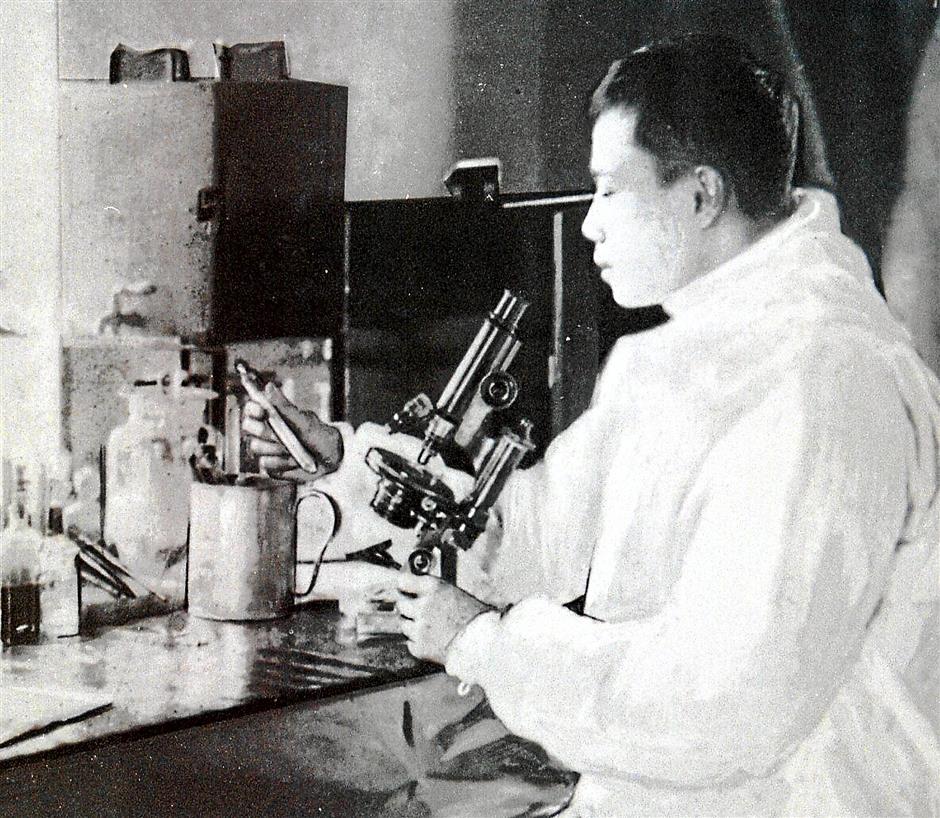 Dedicated : Dr Wu performing tests in his laboratory in Harbin, China, in 1911.

According to Koh, “Wu’s death was mourned by the international medical community, and The Times London commented on Jan 27, 1960: “By his death, the world of medicine has lost a heroic and almost legendary figure and the world at large one of whom it is far more indebted to than it knows.”

Dr Wu was accorded no less than 20 honorary degrees from renowned academic institutions, including PhDs from Johns Hopkins University, Hong Kong University and the Imperial University of Japan.

A road in Ipoh Garden South has been named after Dr Wu. In Penang, too, a private road named Taman Wu Lien Teh is located near the Penang Free School. One of the school houses is Wu Lien Teh which bears the colour green.

I decided to ask our reporter in Penang to check out if residents of Taman Wu Lien Teh knew the history behind the name of their road.

However, residents living in the 21 houses in the area know little about Dr Wu or his contribution to the society.

Quah Chun Hua, 61, a ship broker staying in nearby Jalan Cheeseman (another PFS icon) said he could not recall anything about Dr Wu.

“But I remember he was a scientist and that he did complete his early education in Penang Free School,” said Quah, who has been staying there for 21 years now.

Muhammad Haniffa Abdullah, 50, a security guard, said he had never even heard about Dr Wu.

He said only the elderly could remember him and most residents here had moved in not too long ago.

Early this year, the Dr Wu Lien-Teh Society was set up with a website (http://wulientehsociety.org/) detailing the life and contributions of the doctor, surgeon, scholar and author.

Society president Datuk Anwar Fazal said the Penang Institute, which was formerly known as the Socio-Economic and Environ-mental Research Institute (SERI), would be hosting an international conference on global health next year.

The conference will be closely linked to Dr Wu’s work in fighting plague, focusing on the burden of infectious diseases such as AIDS/HIV, and water-borne infections.

Writer Quah Seng Sun, also an Old Free, best summed it up by describing Dr Wu as “a Penang-born who saved the world. He had the world at his feet but then he chose to return here to private medical practice and live out the rest of his life in relative obscurity. He was a real Anak Pulau Pinang, a real Son of the Penang Free School.”