EASTIN Hotel Petaling Jaya celebrated its 15th anniversary with the announcement that it had been awarded a five-star rating.

“This has been confirmed by Tourism Malaysia. We are now officially a five-star hotel,” said Eastin Petaling Jaya general manager Jane Suppiah at a cocktail reception held to thank stakeholders, corporate clients and long-stay guests at the hotel recently.

With the theme “Look East. Look Eastin”, the event kicked off with a lion dance.

Guests then helped themselves to the food served behind the hall, buffet style.

There were no dining tables and chairs, allowing guests to mingle.

A sand art video titled Through the Shifting Sands of Time by local sand artist Loong Bee was also screened. 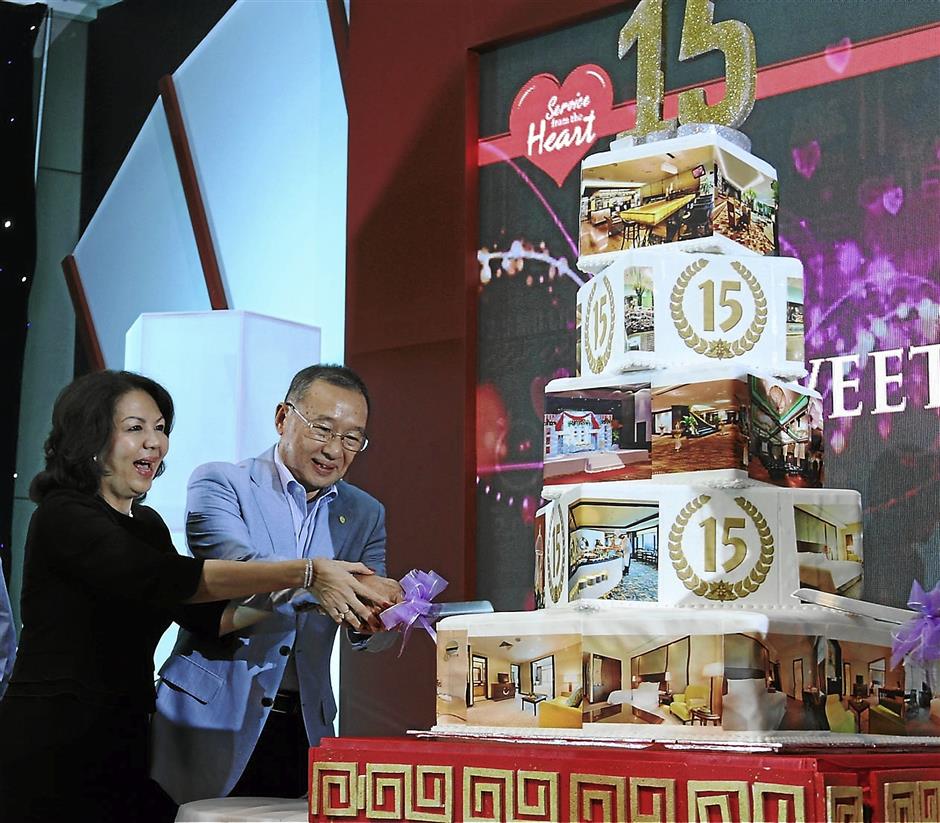 Marking a memorable journey: Tan (right) and Yeoh cutting a specially made cake during the hotel’s 15th anniversary celebration.

It showed how Eastin was founded in 1998, and also the journey of its founder and chairman, Datuk Tan Chew Piau, from China.

Suppiah said Eastin’s mission was to be the preferred business class hotel of international standards in PJ.

“We aim to provide excellent service and exceed guests’ expectations in all aspects.

“Our achievements would not have been made possible without the hard work of our Eastin team,” said Suppiah.

Meanwhile, Eastin’s contribution to Visit Malaysia 2014 is an exhibition, ‘As Seen Through The Eyes of a Child’.

It comprises about 150 paintings by children on how they view Malaysia.

Their works will also appear in the hotel’s 2014 calendar.