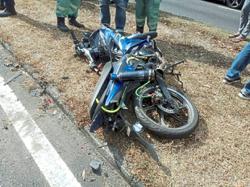 Company managing director and chief executive officer Satoshi Okada said an investment of RM188mil would be used to set up the new plant that would be more than five times larger than the existing facility in Mak Mandin.

Once completed, the new facility would boost Boon Siew Honda’s annual motorcycle production by 40% from 250,000 units to 350,000 units a year.

Okada cited an ever challenging business environment and a strong demand for motorcycles in Malaysia as the factors for the building of a new plant.

“Various factors are making the business environment more and more challenging, including aging production facilities and equipment, the need to comply with growing environmental regulations and the rising cost of raw materials.

“The motorcycle market in Malaysia has been showing steady growth and a further growth trend is expected.

“It was in this context that Boon Siew Honda made the decision to build a new motorcycle plant,” he told a press conference at Chief Minister Lim Guan Eng’s office in Komtar.

Okada added that construction on the new facility — occupying a 23.7ha lot along the site of the upcoming Second Penang Bridge — was expected to start in November this year with a targeted completion date in the first half of 2013.

“Malaysia is among the top Asean nations in terms of GDP (gross domestic product) and approximately one out of every three people owns a motorcycle in this country.

“Industry-wide motorcycle sales have been steady at a level of approximately 500,000 units a year.

“Additionally, we will be hiring 100 additional employees at the new facility — mostly in the quality assurance and production lines — bringing our total workforce to 1,100,” he said.

Okada said the Mak Mandin plant, which would eventually close down, is Boon Siew Honda’s only motorcycle production facility in the country that solely produces motorcycles to serve the domestic market.

“With the increase of capabilities of the new factory, we will be looking at launching new models.

“This new factory will provide us with the new technologies that will make it able to do more than we are doing now,” he said.

Lim, who chaired the press conference, said Boon Siew Honda was a formidable force in the country’s motorcycle market with a 45% market share. 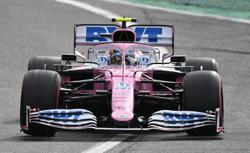