Rapid development in Kota Kinabalu has its drawbacks 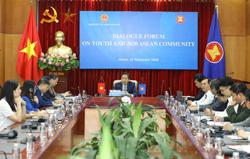 Not for kids! Designer unveils jewellery inspired by building blocks

KOTA KINABALU is arguably – one of the fastest growing cities in the country – given the number of commercial development taking place both within the central business district as well as the outskirts.

Buoyed by the rapid growth of its tourism industry as well as the palm oil boom, KK as it is popularly known, has seen tremendous changes to its skyline over the last 15 years.

New buildings including largest shopping mall on Borneo island, aptly called 1-Borneo, has dotted the coastal city, which is the gateway to Sabah the home of world renowned Sipadan Island, the iconic Mount Kinabalu and a host of eco tourism attractions.

And the somewhat controversial KK Waterfront development, sitting smack in the city center, would somehow add a new dimension to the city’s image.

However, the rapid development involving some commercial complexes and perhaps – even residential has become a matter of concern to the state administrators.

In an eyebrow raising decision last month, the state cabinet under Chief Minister Datuk Musa Aman ordered the Kota Kinabalu City Hall to show the cabinet ‘development plans’ before it is approved.

Musa was clear that the state cabinet was not usurping city hall powers of approval but only wanted to ensure that development fits into KKs coastal city image.

Musa did not hold back the state cabinet’s concerns over the newly completed Harbour City building in Sembulan, which it noted was too close to the main road leading from the airport to the town center.

Other developments like current upgrading and refurbishment of the Karamunsing Complex and even 1980s project like Api Api Centre were mentioned by the Chief Minister as buildings of concern.

Though Musa did not dwell in details of the worries but it is no secret that KKites are hoping to see more aesthetic development that synchronises with the state capital’s image as a coastal city that reflects a gateway to the state’s nature offering adventures.

The state cabinet decision now puts the pressure on city planners to pay more attention on the designs, parking availability and traffic flow of proposed new buildings being approved.

Many shoplot buildings approvals in proximity of housing estates have been the brunt of the public complaints in mainly suburban Luyang.

Others have complained about full fledged businesses opening up within gazetted housing areas saying that they were sufficient complexes and shop premises that could be used for business.

“I don’t mind car sales businesses along the main roads but you have full fledge businesses from selling kitchenware to cars operating inside the housing areas, this is ridiculous how can it be allowed,” said resident Desmond Guan.

Guan’s feelings are felt by many city folks affected by businesses operating within housing areas.

Like many Kkites, they hope to see city planners streamline development and control over building in the city and ensure there was enough ‘green lung’ and open spaces in all areas in the city.

Though not popular with developers, to Kkites, the cabinet’s move was in the right direction to get town planners under mayor Datuk Iliyas Ibrahim to pull up their socks and developers and architects to think out of the box in building designs. Not for kids! Designer unveils jewellery inspired by building blocks 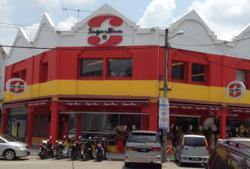