Kampung Long Bee with 47 houses has a population of 500 while Kampung Long Jekitan has about 1,000 people in 168 houses.

The donation was given following requests from the two village chiefs.

Balang, Daud and several other members of the villages travelled for eight hours to Miri to attend the simple handing-over ceremony.

Karambir said the donation was part of the society’s service for the poor, especially those from rural areas.

He said the used clothes were from members of the public and thanked the donors for their generosity.

“We have donated about 100 bags of clothes to the poor this year.

“We always oblige to requests for donations from the needy, especially from those residing in the interior, and hope to contribute more to lighten their burden,” he added. 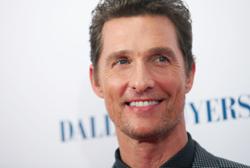