INDEPENDENT animal rescuers are crying foul and want the relevant authorities to monitor dog breeders in the country after an emaciated, weak and disoriented Doberman was found wandering in Teluk Pulai, Klang, recently.

The dog, which is literally a walking skeleton, is also hairless due to a genetically inherited skin disorder.

The dog, which was wearing a good quality choke chain around its neck, is believed to have been abandoned by its owners who might not have known how to manage its skin condition. 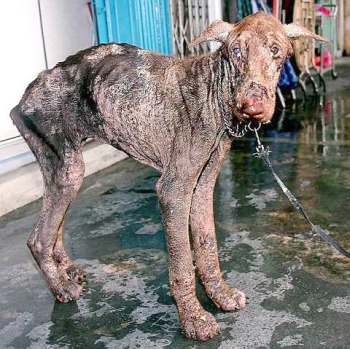 Independent rescuer Leigh Chen said the Doberman’s inherited condition might be due to too much in-breeding.

“These unscrupulous breeders have no qualms about mating siblings with each other or even offspring with their parents,” alleged Chen.

Chen said the Veterinary Services Department (DVS), as the custodian of animal welfare, must be given the power and legal right to crack down on errant breeders.

“In addition to this, it must also be made compulsory for pet shop owners to microchip the pets they sell, for identification,” she added.

Fellow rescuer Sherrina Krishnan concurred and advised the public to be cautious when buying pets.

“My only advice to people who buy pedigrees is, please don’t just buy one for the sake of buying one. Check the breeding conditions, check the breeders – ask for papers,” she said.

The dog has since been sent to a veterinary clinic where it was diagnosed to be suffering from severe heartworm infestation, low platelet count and malnutrition.

The attending veterinarian also said the dog was only about two years old.

According to CDII director Clarence C.R. Chua, his organisation’s canine welfare project emphasised a no-kill policy and therefore the dog would be treated and taken care of until its last day.

He said CDII’s canine welfare project was a long-term plan aimed at opening a sanctuary and hospice for dogs in Selangor.

“We have a long way to go and need to raise funds to realise our plan.

“We also hope that the Selangor government will give us a helping hand by allocating us a piece of land for our sanctuary and hospice,” he added.

Those interested in sponsoring the abandoned Doberman’s treatment or adopting it can write to malaysiandogsdeservebetter@gmail.com. 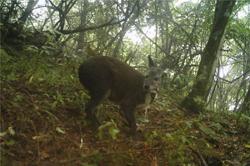