Worse still, he has aches in his bones and joints, especially at the knee.

“I didn't know what was happening to me even after playing football twice a week,” said a slim and trim Thambyrajah.

Soon after attending yoga classes, the nagging pains began to vanish, he said.

“Thanks to my wife Matilda who had asked me to accompany her to the classes because it was recommended by a friend as she suffered from sinusitis.

“After attending yoga classes with my wife and my two daughters for two weeks my aches and pains in the joints began to vanish slowly.

“I also noticed that the breathing exercises helped me to feel more energetic as my body got more oxygen,” said the civil engineer who played football for the national team from 1972 to 1975.

In the beginning, he said, when he started flexing his body at yoga exercises under the instruction of his yoga teacher Datin Siti Suleiha (Su) he experienced some pain.

“When I complained, she taught me some counter poses to overcome the pain. Su explained it was normal for athletes to experience pain in the beginning because unlike football, yoga was a flexibility exercise,” said Thambyrajah before leaving for a yoga retreat in Cameron Highlands, recently.

He began yoga because his wife had asked him to chaperon her, and he felt that it was a waste of time sitting in the car waiting for her.

“It was getting worse after I had a sinus operation. When complained about this to my friend, she gave me Su's telephone number.

“After attending the class for about a month, I gradually noticed my sinus condition beginning to improve,” said Matilda.

Going to class twice a week, according to her, is not sufficient.

“I had to practise the breathing techniques taught, daily. Su would know if we did not practise. As a caring person, she told us that the cure for any ailment is totally dependent on our individual effort.

“Her famous compassionate saying is: 'I am not your body. Only you can feel your body, and that she was only a guide’.’’

“Breathing is life. It is one of our most vital functions in our lives.

“From a yogic point of view, proper breathing is to bring more oxygen to the blood to the brain, and to control Prana or the vital life energy.

“Pranayama or breathing also goes hand in hand with the exercises.

“The combination of breathing and exercises of these two Yogic Principles is considered as the highest form of purification and self-discipline, covering both mind and body.” 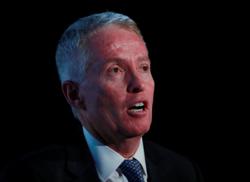 Players could compete while in quarantine - Australian Open boss 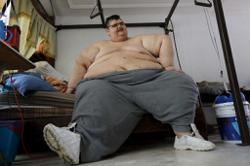