Scoring own goal in mission for effective governance 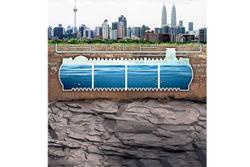 Aerial view of the now-idle land on the right where the Kelab Sukan DBKL clubhouse once stood.

IT HAS been more than five years since the demolition of a building in Brickfields in April 2017.

The plot of land, upon which the clubhouse of Kelab Sukan Dewan Bandaraya Kuala Lumpur (KSDBKL) once stood, is now reduced to a wilderness of overgrown weeds and bushes.

Given the land’s sorry state, few would be able to grasp the significance of this historic site.

Built in 1970, the clubhouse was more than just the designated venue for DBKL staff to engage in sports, recreational and social activities.

After the city formed its own football association in 1975, the clubhouse doubled as the home ground of the Kuala Lumpur football team, providing a platform upon which football legends such as Rashid Hasan, Razip Ismail, Fandi Ahmad and Chow Siew Yai brought joy to fans and glory to the city.

Why was it even demolished?

It was done purportedly to make way for DBKL’s new RM50mil sports complex.

Questions, however, have to be raised as to why the plan for the new four-storey building, slated for completion in 2020, never materialised. This, despite more than 30 companies participating in the tender process by mid-2017.

There were queries but there no answers after the project was called off in mid-2018.

In 2020, the Covid-19 pandemic and its successive lockdowns brought forth requests for more recreational spaces from city folks.

Inundated with these requests, DBKL approved plans to restore the field that was once the heart of KSDBKL.

According to mayor Datuk Seri Mahadi Che Ngah, works were supposed to start in the first quarter of 2021 and completed by the end of the year.

We are now into the last quarter of 2022 and the wild vegetation that has taken over the historic site continues to proliferate.

Although Mahadi was recently given a six-month extension after completing his two-year tenure as mayor of Kuala Lumpur, there is still no sign of the cow-grass pitch equipped with floodlights that he envisaged.

The KSDBKL clubhouse fiasco reminds me of the controversial Kuala Lumpur City Plan 2020 (KLCP 2020) which came with a vision of making Kuala Lumpur a world-class city by achieving five goals.

One goal was “to implement efficient and effective governance”.

Yet, DBKL has been unable to sort out the clubhouse issue and has left prime land idle for years.

And it took a historical change in the government in 2018 to have the plan gazetted at the end of October of that year.

A 12-year plan with officially three years for execution to realise its world-class vision?

The plan talked about enhancing the city’s living environment, but we are still grappling with the same old issues of floods, poor rubbish disposal and sewage problems.

Throw in the perennial issue of traffic; I’m sure you must miss the smooth traffic flow that we enjoyed during the lockdowns.

The plan had “creating an efficient and equitable city structure” as one of its goals, yet we are still appealing for more pedestrian walkways, parks, recreational spaces, green lungs, green belts and so forth.

For many stakeholders in the vicinity of that land sitting idle in Brickfields, it is a depressing sight and they hope to see it be given a new lease of life.

But the fact remains that two unfulfilled promises have deprived them of a public space that could significantly enhance their living environment and greatly improve the city’s liveability.

Can you blame them for wondering whether the land’s revival in the future would be to benefit the public or to serve the interests of big businesses?

The land, after all, could well be a goldmine, given its location.

Efficient and effective governance is essential for a city aiming to upgrade its liveability.

And that calls for leaders with integrity – at federal, state and local levels – who dedicate themselves to public service.

Words to ponder on for all our policymakers who see “world-class” as a benchmark: “A developed country is not a place where the poor have cars. It’s where the rich use public transportation,” said Gustavo Petro, a former guerrilla fighter who is now the president of Colombia. 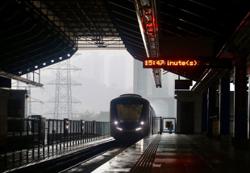 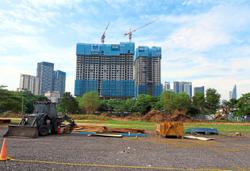