He said the campaign, which leads up to the Malaysia Day celebrations here on Sept 16, was an opportunity to reflect on the original spirit and intention of the nation’s formation.

“I understand there is some dissatisfaction, as what was originally agreed or pictured from the beginning wasn’t achieved.

“However, our forefathers had the vision of forming Malaysia so that we have a certain level of shared prosperity and shared security.

“And this is what we are working for, because at the end of the day we want to remember the original spirit of the formation of Malaysia, ” he said after launching the state-level campaign at the state Information Department headquarters here.

Yii said it was important for everyone to work towards a better Malaysia in line with the vision of the nation’s forefathers.

The campaign is part of the National Month celebration which was launched in Melaka by Prime Minister Tun Dr Mahathir Mohamad.

Yii also flagged off the Kembara Merdeka Jalur Gemilang convoy to raise awareness on the campaign and encourage the public to fly the national flag during National Month.

Some 15 vehicles from various government agencies took part in the convoy, which travelled along a 26km route around the city. 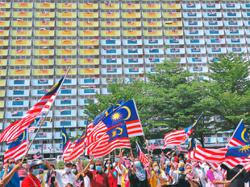 Exco man: All should fly the Jalur Gemilang 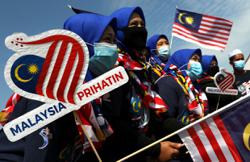