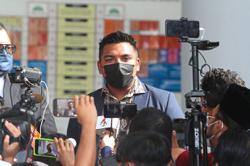 It takes a lot of courage to sell something people have not heard of, says Aliff Syukri, the founder of D’Herbs Holdings, on the early day-struggles to build his health and beauty product company into an outfit with a turnover of nearly RM10mil. ZIEMAN reports.

YOUNG millionaire Datuk Aliff Syukri has always dreamed of being financially independent. Being dyslexic, he was not academically-inclined, so instead, he turned his attention to building a business.

“It was my ambitious drive that made me what I am today,” says the founder of D’Herbs, a health and beauty company.

“There is no fast track to success. I started off as a pasar malam (night market) trader selling beauty products from Thailand and Indonesia at Section 13 in Shah Alam, with an initial capital of RM450. I was only 19 then, married and struggling to start a new life with my family.

Aliff says he went around with a thick skin to sell his products, and was rejected many times in the early days.

“Starting a business with zero knowledge and no money is not easy,” reveals Aliff at his RM30mil, five-block Wisma D’Herbs office in Kota Damansara, which he bought three years ago.

Ten years after his pasar malam debut, the 29-year-old is the managing director of a company with annual revenue close to RM10mil.

“I built the D’Herbs empire with sweat and tears, literally. It took a lot of guts to sell something that people had no knowledge of. But I was determined.

“So, I went around with a thick skin to sell my products, and I was rejected many times. Luckily for me, being a make-up artist and a model helped to push my products. When I made my rounds, I also promoted my products. Soon, I started to get repeat orders,” says Aliff who at the time did a few jobs to make ends meet.

Getting a personal loan from the banks was difficult. He remembers his proposals being rejected many times, and that necessitated such things as holding beauty workshops to promote his products.

With its own R&D team, the company is always thinking of adding new items, like the Royale Whitening drink, to its line of products.

“Then the figures started doubling almost every month. I started taking more beauty products from other companies, and this strategy seemed to work well. I was convinced I could do much more,” he relates.

Word started to get around, and within two years Aliff was going places with his cosmetic products. Many started to take notice of him. By the time he was 21, Aliff had formed his own network of clients. He hired his first worker when he moved into a shoplot. By then, he had saved enough money to expand his business.

At his shop, he sold everything from cosmetic and health products to accessories and headgear.

In 2010, Aliff formed D’Herbs Healthy Marketing and worked hard to establish the brand name. He also hired a few professionals, including a chemist to join his company. He pumped in RM100,000 to produce his first self-manufactured product — a collagen lipstick.

If youve got it, flaunt it — he is the face as well as the brains behind DHerbs.

“When you don’t have a college degree, but you have the money, you hire professionals to work for you. And this works well for me because I know what kind of product I want to sell. So the next step was to ask the chemist and R&D team to formulate our own treatment lipstick or collagen lipstick, which gives a natural redness to the lips.

“It proved to be a huge hit. From then on, I started to come up with more products,” says Aliff who was born in a Felda settlement in Kuala Lipis and went to Sekolah Pondok Pasir Tumbuh, Kelantan, a religious school.

When he turned 23, Aliff had already made his first million. By 2010, D’ Herbs had come up with four products — foundation, sliming product, women’s health drink and the collagen lipstick. Before 2012 was out, the company had gone on to produce more than 30 products.

“During the early stages when I went around introducing D‘Herbs, I was the salesman, driver, agent, marketing officer, boss and model, in that order. I had to be my own model because I didn’t have enough money to hire a celebrity to do the job. So I ended up doing it myself,” explains Aliff, who is still the face of D’Herbs to this day.

The collagen lipstick was D’Herbs’ first in-house product and it quickly became a huge hit.

The year 2012 proved a watershed year for D’Herbs. It had finally arrived. This was the year when Aliff had more than 100 products with hundreds of distributors and stockists. He also established a company called Aliff Herbs Manufacturing to make health and beauty products as well as to do OEM for other health and beauty companies.

He also ventured into property investment, consultancy and the spa business.

A powerful advertising strategy is the most crucial part of marketing a product, he says. In Aliff’s case, he became a “celebrity” overnight when the media went crazy after a picture of him, clad in sarong and slippers, eating kampung-style with his fingers at the KLIA went viral.

Aliff, who was on his Umrah trip, instantly became popular and D’Herbs became a best-selling company.

“I did it single- handedly with no help from anyone,” says Aliff.

“I believe you must be sincere in whatever you do. People can say I hog the limelight, but I am not bothered. I am not ashamed to promote my brand anywhere, anytime.

“By using a powerful advertising strategy, D’Herbs managed to get the public attention in less than two years. When we introduced our 50th product, we managed to penetrate Brunei and Indonesia,” says Aliff, who started getting more coverage when he introduced the tagline “Terlajak Laris” for D’Herbs.

The tagline became a huge hit and soon became a way of introducing Aliff. With the momentum in his favour, he launched his own fashion apparel label under the name ATL (Abang Terlajak Laris). He was also the main actor in a drama named Duda Terlajak Laris over TV3 not long after that.

These days, Aliff keeps aside RM30mil for media promotions. D’Herbs now has more than 100 products, 6,000 dealers, 30,000 agents, a chain of 45 stores all over Malaysia, a factory, a staff of 300, eight subsidiaries and a good R&D team, which includes three chemists who plan and strategise D’Herbs’ future course.

D’Herbs is also sold at D’Mart shops in more than 194 branches, all over Malaysia. Monthly sales is around RM800,000. The private limited company is today known as D’Herbs Holdings.

“I did it single-handedly with no help from anyone. These days, I do product endorsements, acting, motivational talks and promote my products. To succeed in business, you must offer something different for the masses,” says Aliff, who has a fleet of luxury cars to his name as well as numerous properties, including a RM30mil mansion with 29 rooms in Kota Damansara, scheduled for completion in April next year.

The successful entrepreneur has authored two best-selling books so far. He has also spent more than RM10mil sponsoring popular programmes on TV, including the recent Akademi Fantasia.

For Aliff, the hardship he faced early in his life serves as a strong motivation to strive harder and achieve his dreams.

“This is the financial freedom that I have been dreaming of. I don’t mean to brag, but I hope to motivate other entrepreneurs. I’m always reminded of my humble beginnings, and that’s my reality check.

“You have to work hard to realise your dreams. Talking and daydreaming won’t get you anywhere. Believe in yourself and work hard, that’s how I achieve my dream,” says Aliff, the third in a family of 13 children. 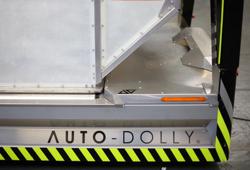