It makes more sense to hire a lawyer from the get-go than to look for one only after you have run afoul of the law or are already ensnared in a legal dispute, say lawyers to startups. QISHIN TARIQ has the report.

DO WE really need lawyers?” seemed to be the question on every entrepreneur’s mind at a recent talk between startups and legal firms entitled “Bridge the Gap between Startups and the Law” held at the Malaysian Global Innovation and Creativity Centre (MaGIC) in Cyberjaya last week.

Perhaps it came as no surprise to anybody that lawyer Lai Chee Hoe should have answered that question in the affirmative.

A founding partner of law firm Chee Hoe and Associates, Lai agreed that getting a lawyer on retainer can be expensive and contrary to startup philosophy of running lean. However, hiring a lawyer on an ad-hoc basis can be even more expensive over the long run.

For instance, drafting a contract goes at a market rate of around RM5,000, while registering for intellectual property rights (IPR) costs about RM2,000.

Lai warned startups not to be short-sighted by making legal services a last resort, like after a dispute has cropped up. He summed it as a “you can pay me now, or pay more later” situation.

Speaking at the latest Fireside Chat session by MaGIC, he gave several real-life examples. Lai cited a case where a shareholder wanted to exit but there was no agreement specifying such a contingency. This resulted in a costly dispute over how to buy back the shares and at what price.

He said the most commonly needed legal services were those by corporate lawyers for drafting agreements, intellectual property lawyers for trademark and patent protection, and — occasionally — specialists like import or tax lawyers for more specific issues. Another concern, especially for startups exploring disruptive innovations, was whether the idea was even legal. Lai said that when exploring new ground, there was always the chance of stepping on the toes of old laws.

Uber and other ride share services have proven how much of an uphill legal battle startups could face as they explore new grey areas of the law. A report in the Edmonton Journal last November stated that Uber faced 173 lawsuits in the US alone.

“There’s definite resistance to seeking legal advice from the start. They’re looking at it from purely monetary value, not the implications, and getting it right from the word go rather than letting things go sour later,” he said.

Lee added that issues tended to arise when a startup moved beyond a few friends working together and started getting revenue or looking for funding. At that point, technically complex papers, like drafting shareholder agreements and financing agreements, could leave unwary companies at the financier’s mercy.

“But once you get through the teething problems, get the momentum moving and you get a comfortable set of legal templates you’re familiar with, there is less need to have lawyers,” Lee said, adding that he understood such companies’ need to get value for each dime spent.

He advised companies to get a retainer lawyer when starting out as there would be a lot of uncertainty then. Later, they could consider hiring lawyers as and when their specialisations were required.

“There is no true startup specialist lawyer. Startups cover many existing legal areas. It’s a matter of hiring a lawyer with the appropriate skill sets for your needs,” he said

Intellectual Property lawyer Foong Cheng Leong said he often got queries from startups on how to protect their ideas.

“It’s usually quite reasonable, but sometimes they try to protect things that can’t be protected,” he said, adding that abstract ideas and business concepts could not be shielded with a patent.

He advised companies to research what they expected from a lawyer, as well as the lawyer’s credentials, before arranging a meeting. This would ensure the lawyer had the correct skill sets.

He noted that many local lawyers were geared to common transactions like property and sale and purchase agreements, and not many had explored tech-related laws.

With 11 years in the industry, Foong said he had seen his share of cases where businesses try to D-I-Y and drafted their contracts without going to a lawyer, only to end up going to a lawyer anyway after things went wrong.

He said while filing a trademark costs around RM2,000, going to court over a logo or brand name dispute could easily cost more than RM100,000 and take between nine months and a year.

Sometimes running lean also means not being penny-wise and pound-foolish.

The session was organised by BurgieLaw, an online appointment scheduling service that connects users to a directory of lawyers founded by Lai. Around 90 people from 30 different startups attended. 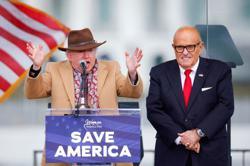