SMEs need to rise to the challenge

Look out: SMEs must move to export to grow their market. – Bloomberg

BUSINESSES have not had it easy in recent years. A weakened ringgit, rising costs, labour shortage and weaker consumer spending are only some of the challenges faced by companies today.

Granted, the country’s economy performed better than expected in the first half of 2017, but small businesses, particularly retailers, have had little good news to share about the year that was.

In a recent report, Retail Group Malaysia (RGM) revised its annual growth forecast for Malaysia’s retail industry in 2017 downwards from 3.7% to 2.2%. This is the third revision for 2017. 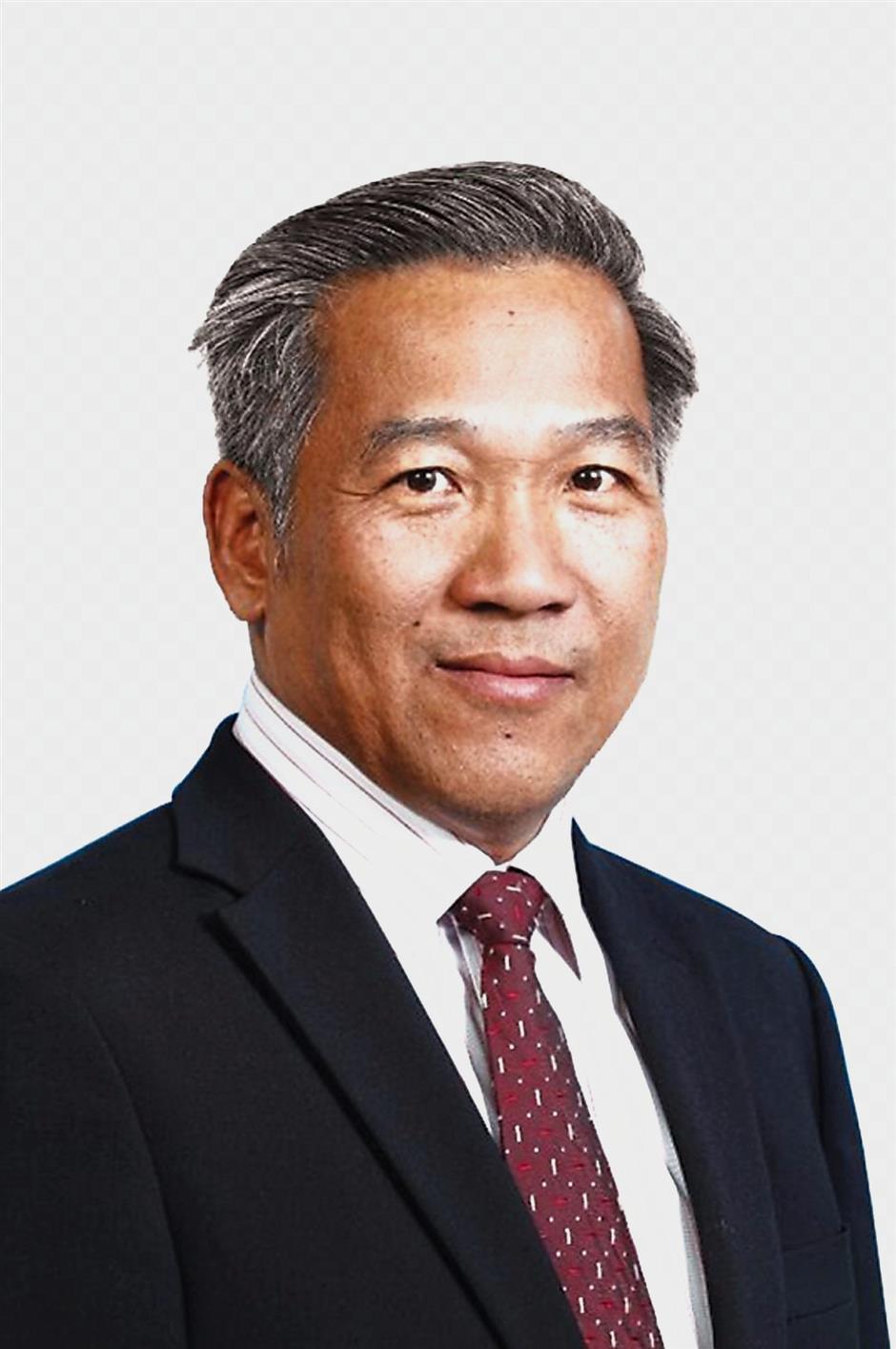 Tough year: Kang says this year will continue to be a challenge for businesses.

“Last year was a challenge, especially for those that were doing domestic business because the cost of labour has been increasing and local purchasing power has gone down,” says Kang.

However, he adds that companies that export their products and services or those that supply to businesses that have export markets are still doing well.

The thing is, about 95% of Malaysian SMEs are only doing local business. To date, Malaysia has slightly over 900,000 SMEs, which represents close to 99% of the total establishments in the country.

“So on average, a lot of them saw a drop in sales,” says Kang.

While many are starting the new year on a hopeful note – RGM is projecting a 6% growth rate in retail sales for 2018 despite the poor performance for 2017 and Malaysian Institute of Economic Research is projecting economic growth at 4.7%-5.3% – Kang cautions that 2018 may not be smooth sailing.

This year will still be a challenge, he says.

“Particularly in terms of labour. That’s why we are encouraging SMEs to go into automation. 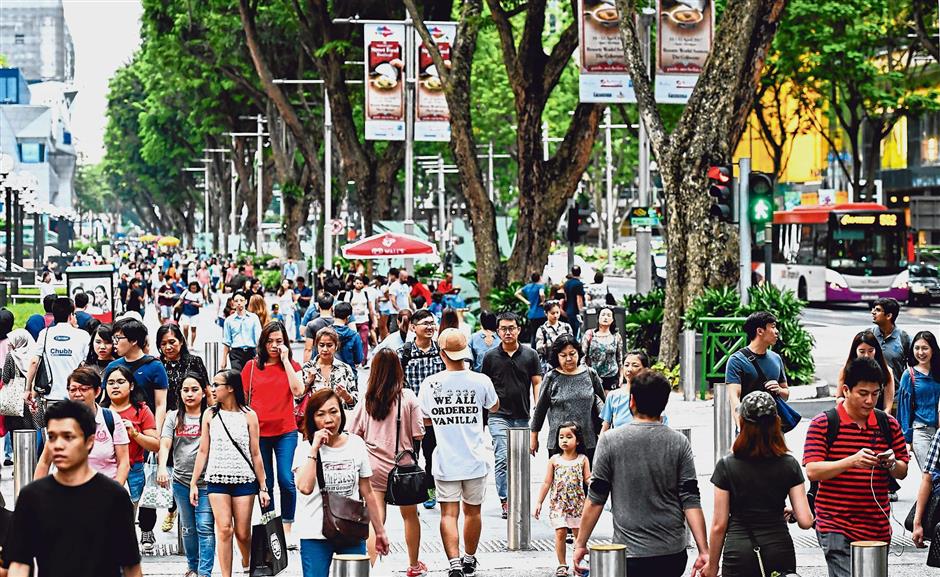 Regional base: The Asean region’s population of over 600 million people presents local SMEs with a wider market if only they’d tap into it. – ST Photo

The inability of SMEs to automate and expand into other markets may be a hindrance for the sector to achieve the growth targets set out in the SME Masterplan aimed at boosting the sector’s contribution to the country’s economy. Under the masterplan, SMEs are to contribute 41% of Malaysia’s gross domestic product (GDP) by 2020.

While there were a lot of allocations and programmes to boost SME growth last year, there were also a lot of hiccups that impeded their growth such as labour shortage and weak market conditions.

Consequently, the sector did not grow as fast as expected.

At this rate, closing the 41% target in two years would indeed be a challenge.

Kang is expecting the market to remain slow this year. The World Bank expects the country’s economic growth to be moderate in the next two years, forecasting growth of 5% for 2018 and 4.8% next year.

“But the government is keen to help SMEs grow so that we can reach our target of 41% to GDP contribution by 2020. So the government will put in a lot of effort in the next few years to achieve that,” remarks Kang.

He notes that the ringgit has somewhat stabilised and would not pose such a great risk for small businesses this year.

However, the cost of most things has gone up and is expected to continue rising, weighing down on bottomlines and growth.

“Among the costs that will affect them this year is oil prices, which are likely to go up. So this will affect transportation cost and all that.

“Labour cost will also increase. A lot of them still need manual labour and foreign workers are very hard to get nowadays and are becoming more expensive. We are expecting another increase in foreign worker levy and then there’s the Employment Insurance System. So cost of labour is definitely increasing. We hope the SMEs can go into automation,” he says. 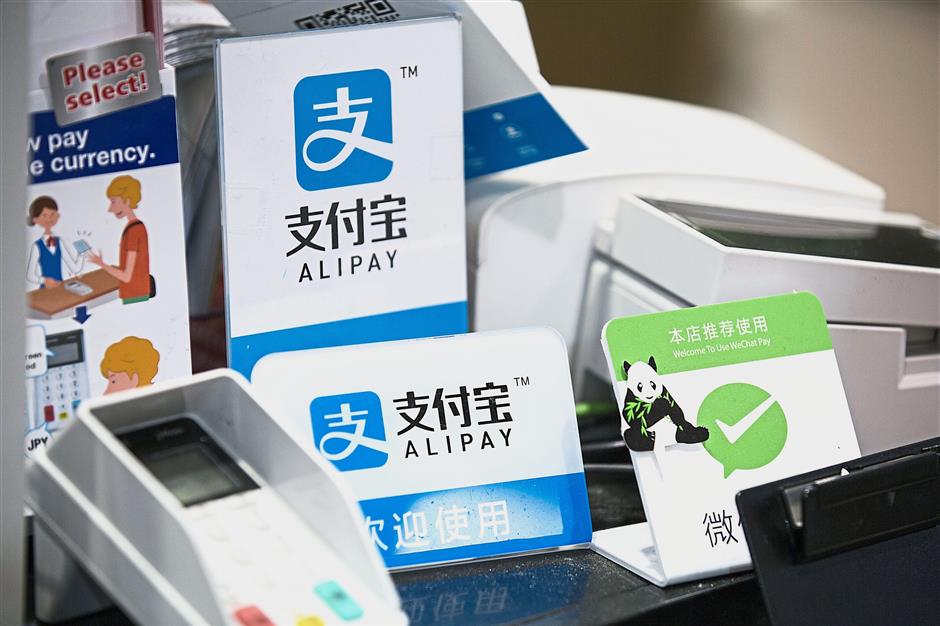 Government agencies and trade associations have been actively urging small businesses and manufacturers to look into the usage of technology to increase efficiency, enhance productivity and grow sales.

But a lot of the developments in e-commerce, robotics, artificial intelligence and the Internet of Things are still lost on these small companies.

Industry observers note that SMEs have not seriously moved into automation and have not taken full advantage of the digital economy and e-commerce because they lack the talent to lead them forward in these developments.

“They don’t know how to make use of the potential. SMEs don’t have a direction and they don’t have the talent to hand-hold them for these different technologies,” says Kang.

As Secretariat for the Advancement of Malaysian Entrepreneurs (SAME) chief executive officer Neil Foo puts it, there needs to be more aid for real implementation of technology instead of just building awareness among SMEs.

To help SMEs in this respect, the government continued with its sizeable budget allocation for SMEs into 2018.

Prime Minister Datuk Seri Najib Tun Razak had stressed the need to increase their productivity and share to the economy by at least 8% in order to achieve the target of 41% by 2020.

Kang hopes SMEs will utilise the grants provided under the budget to help them with automation so that they don’t depend too much on manual labour to reduce cost. He adds that the government is also looking into addressing labour shortage issues and helping SMEs with building capacity and human capital through training and up-skilling so that they know how to automate.

However, SMEs cannot afford to just wait for government aid. They need to also take the initiative to learn about new technologies and to take steps to strategise and adapt their operations before they get left behind.

On the retail front, Malaysia Retail Chain Association (MRCA) president Datuk Garry Chua says more and more retailers are learning to use technology to ensure that they maintain a foothold in the market even as the retail space becomes increasingly competitive. 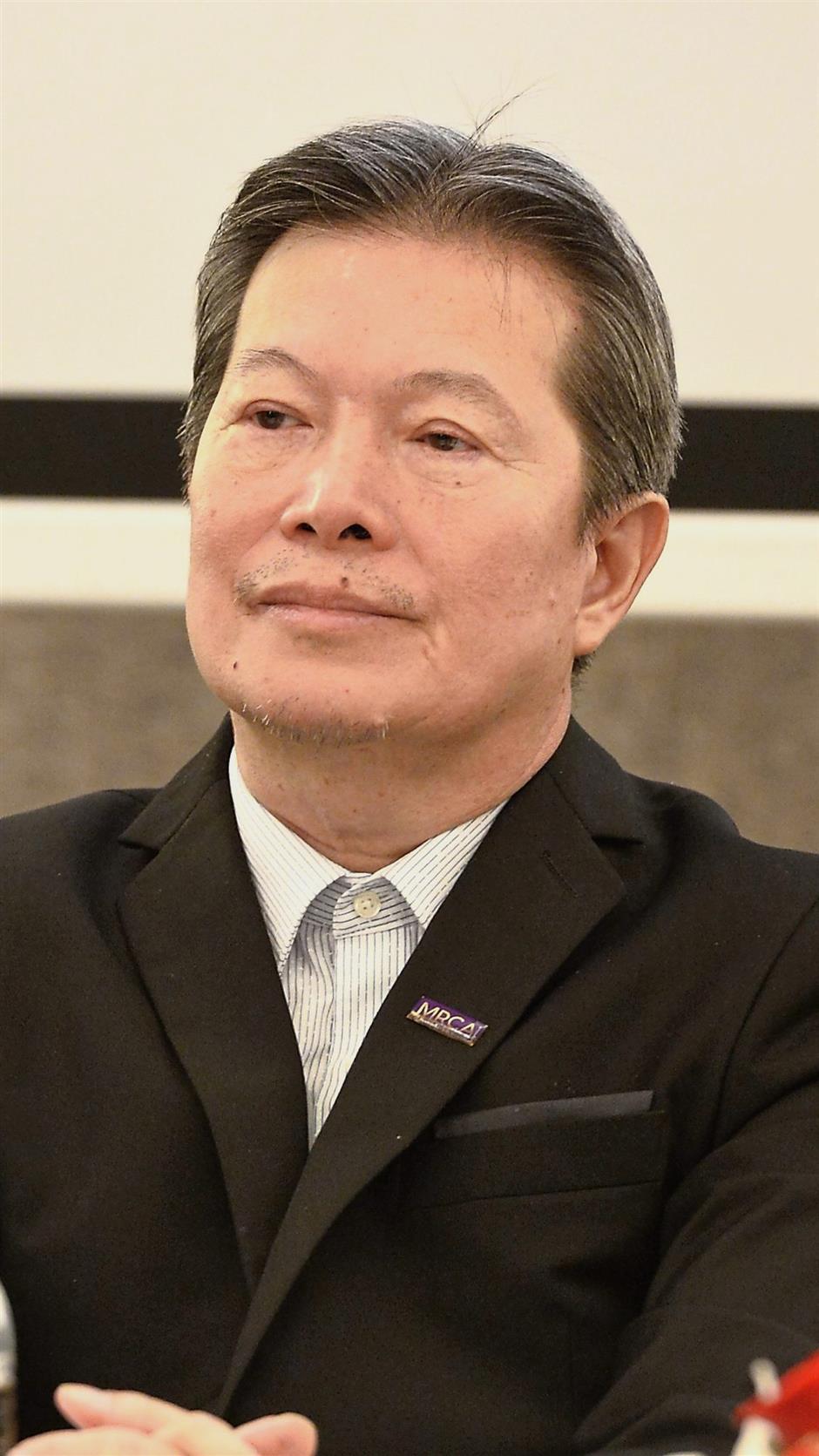 “We can see that brick-and-mortar businesses are going down. But online is growing. A lot more retailers are moving into online. It’s cheaper and you have lower overheads.

“In terms of online sales, we will see double-digit growth in the coming years,” says Chua.

He also advises businesses to adopt technologies such as digital payments to cater to a wider customer base.

Chua notes that there is heightened effort to build the tourism market this year which would help retailers and that they should take advantage of technology to tap into this market.

“If you look at the numbers, there are 10 million visitors to Bangkok a year and we only had 2 million in Malaysia last year. If we can increase that to 5 million alone, that would be a big boost to retailers.

“So the potential is there. I think 2018 will be better particularly with the tourism effort. And they have brought WeChat and Alipay into Malaysia. It’s so convenient. Tourists don’t really bring cash anymore. So retailers should look into this,” he says.

Lowering costs with the use of technology is not the only thing small businesses need to do to survive. They need to also grow their market through export.

“This year, SMEs can still grow if they move to export and go into the region. So we hope SMEs that have been doing local business can move to export, at least in the region,” Kang emphasises.

“Those that are going out are the young startups, not the established brick-and-mortar companies. On the other hand, you have the multinational companies coming into our market. So our companies need to also go out,” he says.

There needs to be a change in mindset among SMEs. They need to move out of their comfort zone, which is the local market, Shahreen adds. 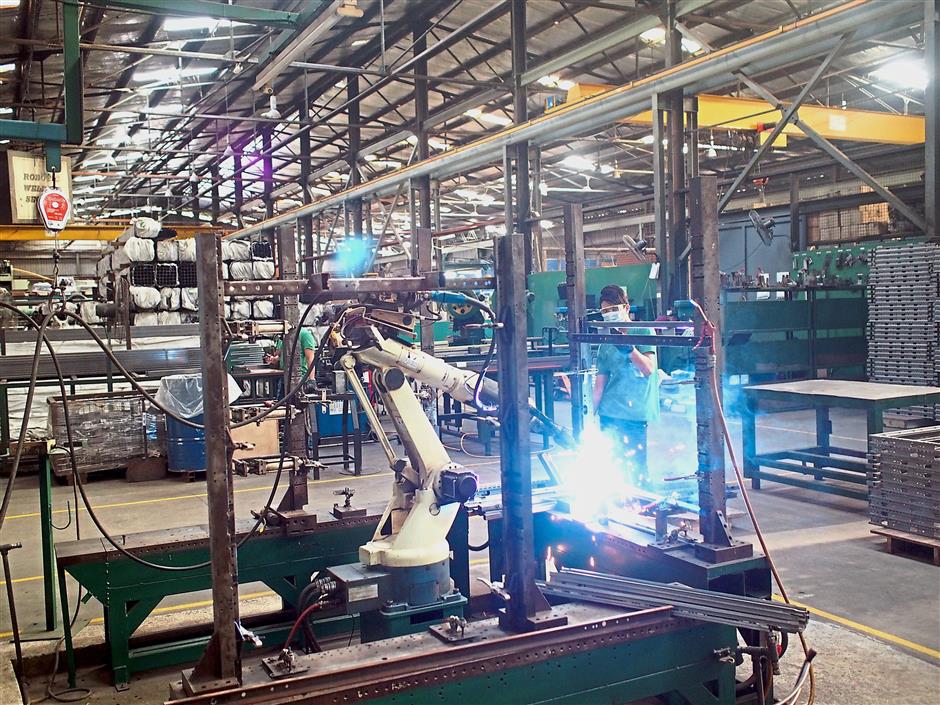 Robotics help: Manufacturers need to automate to reduce their reliance on manual labour.

Matrade has also been putting in effort to educate local SMEs to go global via an easier route, which is to go digital as it reduces the cost of entry for companies that want to sell their products outside of Malaysia.

In a recent report, SME Corp chief executive officer Datuk Hafsah Hashim said the government expects to see 30% of SMEs going into online businesses in the first quarter of 2018.

“Everyone is trying to get on the online bandwagon. And we should be able to grow faster, especially with the Digital Free Trade Zone (DFTZ) and the help of Alibaba Group. But we need to allow the mechanism for DFTZ to stabilise to really grow,” adds Chua.

“This year, we want to try to bring more SMEs to the Asean region. I think Asean is a good market for them to move into because it is not very developed yet.

“For those that are still very labour intensive, if there is no other choice, we will encourage them to relocate to other countries in the region like Indonesia and Myanmar because the cost of production there is still lower. The market in these countries is also quite big, so it can help our Malaysian companies grow in these other markets,” says Kang.